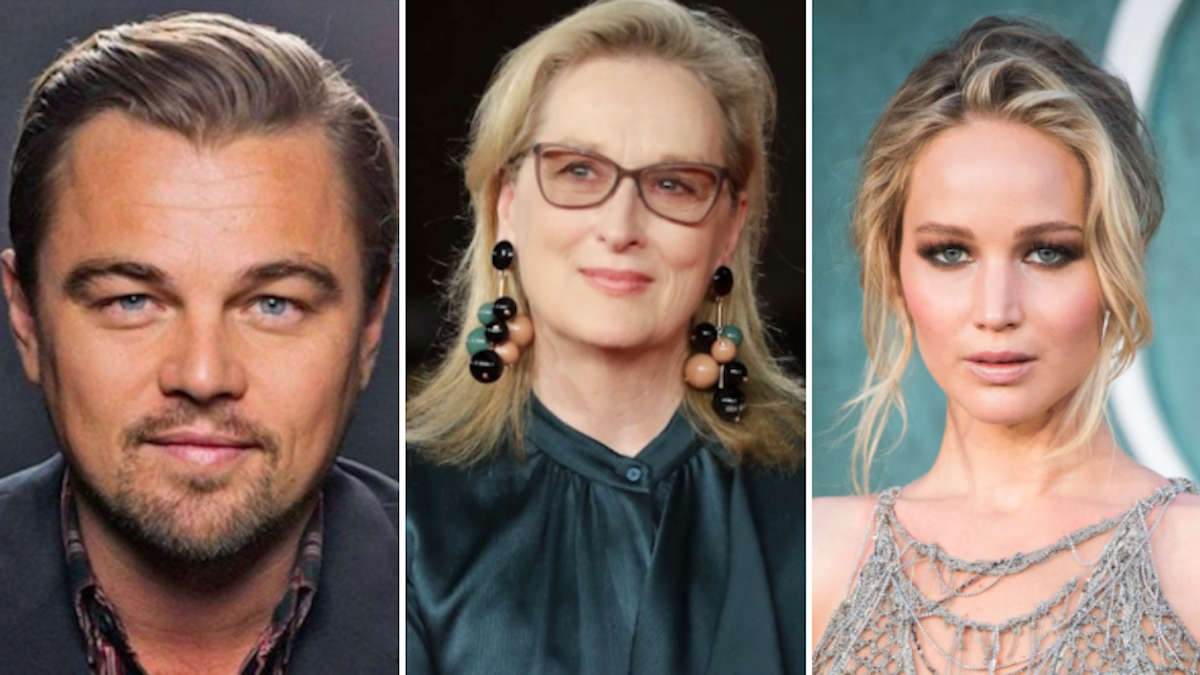 It’s as if Adam McKay clicked his ruby slippers together and said, “There’s no place like the Oscars.” His new Netflix film Don’t Look Up had already secured the talents of Cate Blanchett and Rob Morgan; now, via The Hollywood Reporter, the project has added three more heavyweights in Leonardo DiCaprio, Jennifer Lawrence, and Her Gloriousness Meryl Streep.

Don’t Look Up is written and directed by McKay. It follows a pair of scientists who make the apocalyptic discovery that a meteor will impact the Earth in six months. They embark on a media blitz to warn the world, only to discover that most people either don’t believe them or don’t care. This definitely-fictional and not-at-all-based-on-real-events story will star DiCaprio and Lawrence as the unfortunate scientists.

In addition to the aforementioned award-winners, Don’t Look Up also stars Jonah Hill and Himesh Patel. As if that weren’t enough, the flick is upping the star-power through a series a cameos. Timothée Chalamet, Kid Cudi, Ariana Grande, Matthew Perry and Tomer Sisley are among the big names who’ve accepted small roles. Filming is expected to begin in Boston on November 19th.

Securing DiCaprio is an impressive get for McKay, since Leo is already busy with Scorsese’s Killers of the Flower Moon. Streep was last seen in the award-winning 2019 film Little Women, and she’ll next grace your television screen in Ryan Murphy’s The Prom. Jennifer Lawrence has been taking things easy to focus on her activism, but she did consent to collect a check in X-Men: Dark Phoenix.

As for Adam McKay, he’s been working with Bong Joon-ho on an English-language adaptation of Parasite for HBO.

Editor’s Note: Stay safe by picking up one of our custom face masks. A portion of the proceeds will benefit MusiCares’ COVID-19 Artist Relief fund supporting independent musicians.