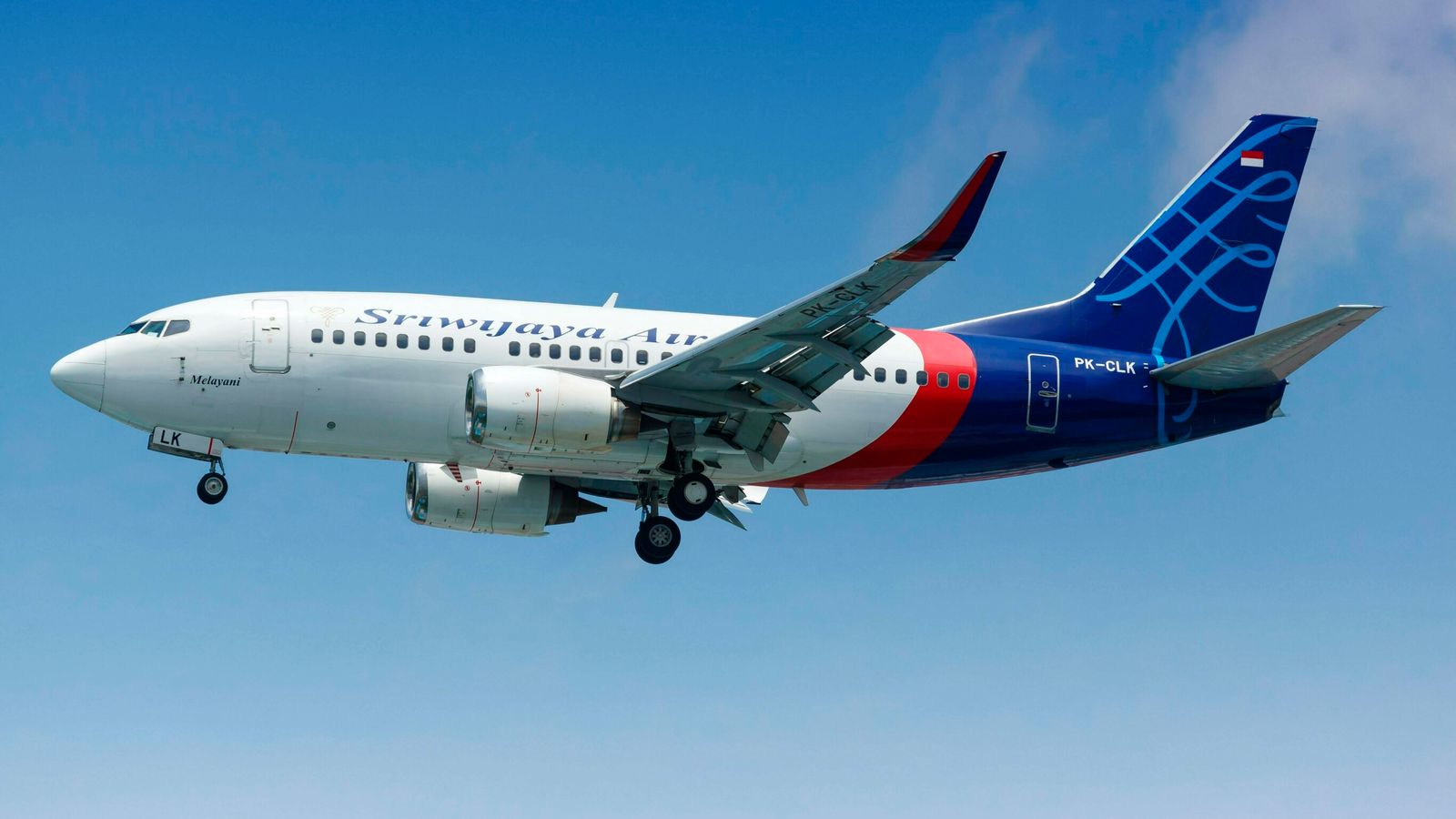 A search and rescue operation is under way in Indonesia after contact was lost with a Boeing 737-500 plane on a local flight.

An Indonesian Transport Ministry spokesman said the Sriwijaya Air flight SJ 182 was flying from from the capital Jakarta to Pontianak City in West Kalimantan province on the island of Borneo. The last contact was at 2.40pm local time (7.40am in the UK), it said.

Tracking service Flightradar24 said on Twitter that the flight “lost more than 10,000ft (3,000m) of altitude in less than one minute” about four minutes after departure.

Suspected debris has been located in waters north of Jakarta, an official from the Basarnas rescue agency told the Reuters news agency, although it has not been confirmed that it is from the missing plane. Fishermen spotted metal objects believed to be parts of an aircraft in the Thousand Islands, a chain of islands north of Jakarta, on Saturday afternoon, according to local media reports.

Friends and relatives of people on the flight have been seen in television footage praying and hugging each other as they wait for news at the airports in Jakarta and Pontianak airport.

Some 56 passengers and six crew members were on board.

In its latest statement, the airline said it was still gathering information on the incident.

“Sriwijaya Air is still in contact with various related parties to get more detailed information regarding the SJ-182 flight from Jakarta to Pontianak,” the company said.

“Management is still communicating and investigating this matter and will immediately issue an official statement after obtaining the actual information.”

A spokeswoman for Boeing said: “We are aware of media reports from Jakarta, and are closely monitoring the situation. We are working to gather more information.”

A plane flying from Jakarta to Pontianak would spend most of the 90-minute flight over the Java Sea. Sriwijaya Air is one of Indonesia’s discount carriers, flying to dozens of domestic and international destinations.

Indonesia is the world’s largest archipelago nation, with more than 260 million people.

The missing plane is not a Boeing 737 Max, the model involved in two major accidents in recent years – the first of which involved a crash in Indonesia.

The Lion Air 737 MAX, carrying 189 passengers and crew, crashed into the Java Sea just minutes after taking off from Jakarta in October 2018, killing everyone on board.

It was the worst airline disaster in Indonesia since 1997, when 234 people were killed on a Garuda flight near Medan on Sumatra island.

And in December 2014, an AirAsia flight from Surabaya to Singapore crashed into the sea, killing 162 people.