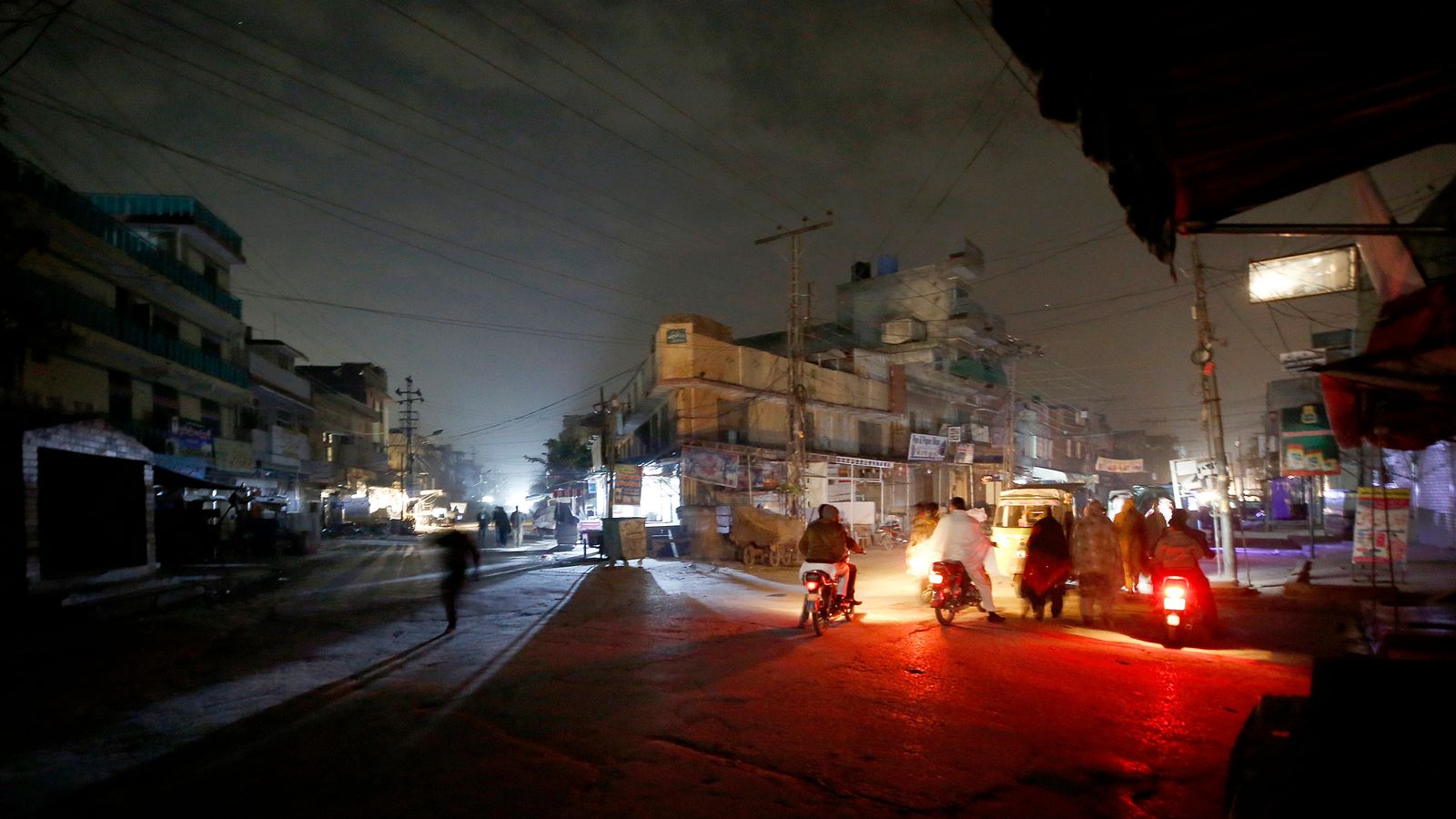 “A countrywide blackout has been caused by a sudden plunge in the frequency in the power transmission system,” Power Minister Omar Ayub Khan said on Twitter.

According to Mr Khan, the power breakdown was caused after the frequency in the national power distribution system suddenly fell from 50 to zero.

He has appealed to people across the country to remain calm, but residents in Karachi have voiced their fears and concerns.

“There is a lot of fear,” said Usama Khan said. “Sometimes just one or two cities lose power but we can’t understand why all of Pakistan has lost power.

“Pakistanis are already scared and now we are without electricity. We are shocked.”

Another resident, Shakil Ahmed, said: “I left my home, thinking only our house had no electricity but then I saw darkness everywhere. I was shocked.

“Businesses are closed, other activities are shut down.”

The blackout is one of the worst that Pakistan has experienced.

In 2015, around 80% of the country was left without power after a key transmission line broke down.