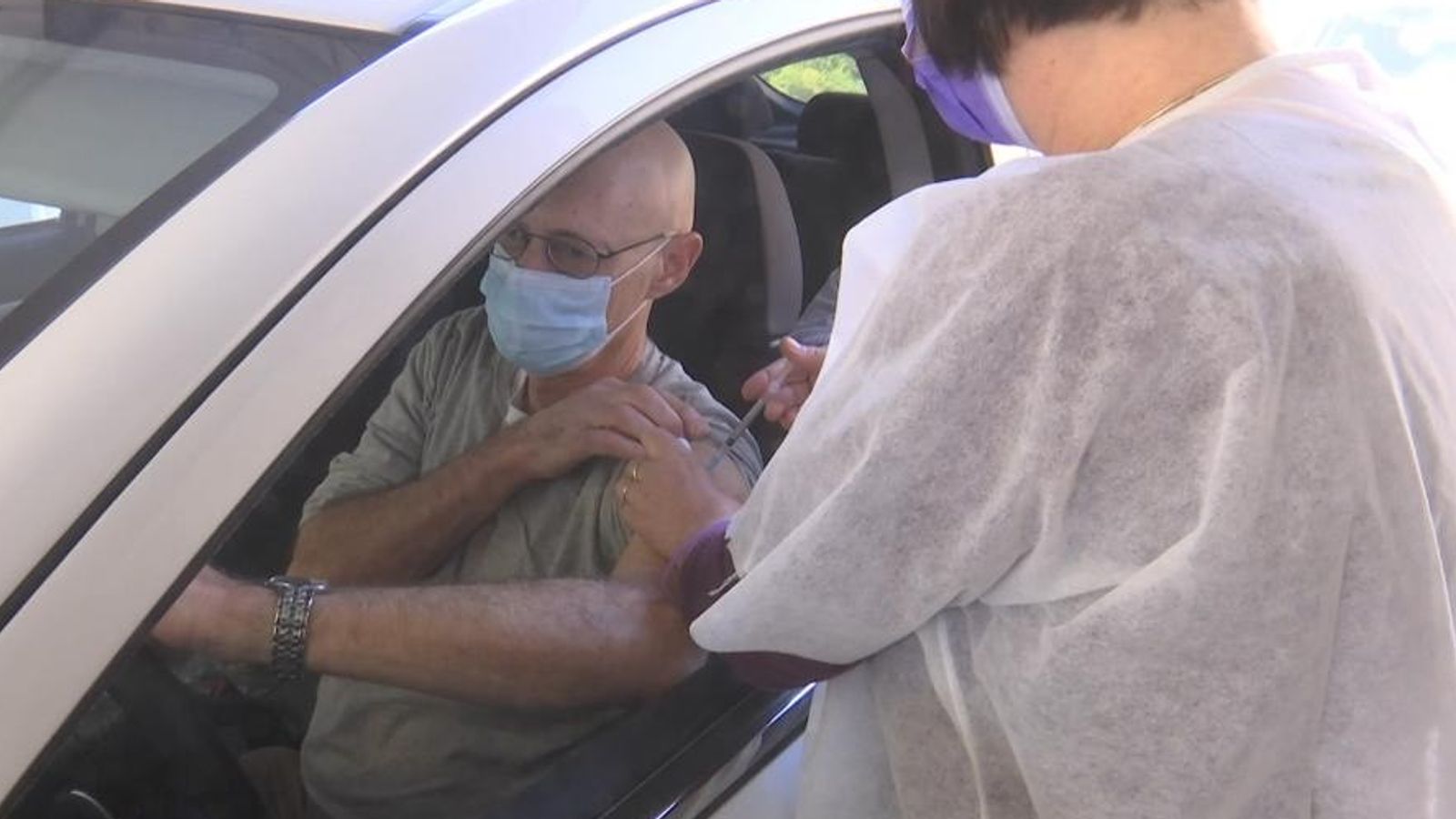 Israel’s health minister has urged countries simply to “get out there” if they want to replicate his country’s vaccination success.

Speaking to Sky News, Yuli Edelstein said that expert logistics, early procurement, close co-operation with the manufacturer and Israeli innovation had all been combined to make the country a clear leader in the global vaccination race.

“The faster we get the vaccine into their arms, the less cases we’ll see in our hospitals and, God forbid, deaths,” Mr Edelstein said.

“Get out there. Don’t put a huge station in the middle of your capital and wait for people to come… Try to get it out to – if not to their homes – then at least to their areas; to the suburbs, to their towns,” Mr Edelstein said, confirming that he had spoken to Britain’s health secretary, Matt Hancock.

Since that point, the country has been widely praised for its swift vaccine rollout but also criticised because Palestinians in the West Bank and Gaza have not been given access to the Israeli-procured vaccine.

The health minister sought to explain both in an interview with Sky News.

For Prime Minister Netanyahu, who faces yet another election the coming months, the vaccine programme is a mission beyond any other.

He is calling it “Operation Back to Life” and he has put himself front and centre of a race to vaccinate the whole Israeli population over 16 by the end of March.

The country procured the Pfizer vaccine early on and in huge quantities at a high price.

Supplies are regular because the country has become a model for Pfizer to test the vaccine’s efficacy at scale.

Despite having been approved by regulators around the world, none of the vaccines has yet had its efficacy tested on a mass scale.

In a deal which Mr Netanyahu claims he personally stuck with Pfizer’s CEO, Israel agreed to provide Pfizer with detailed data from vaccinated patients in exchange for priority delivery of the dose – which they had proved to Pfizer could be distributed fast.

“We will be the first country in the world to emerge from the coronavirus… As part of the agreement with Pfizer, we decided that Israel will be a global model state for the rapid vaccination of an entire country.

“To this end, we have brought forward the arrival of the vaccines and also increased their number.

“Israel will share with Pfizer and with the entire world the statistical data that will help develop strategies for defeating the coronavirus,” he said.

Mr Edelstein said: “Right now, I have this picture of two racing cars in a race. One is definitely the vaccine.

“We are moving forward very fast. We already have more than a million and a half Israelis vaccinated throughout the country.

“The vast majority of them are people over 60. That was our criteria. Amongst those who are under 60, there are medical teams, police officers, the first responders and so on, so forth.

“On the other hand, unfortunately, I have to say that we are part of this whole outburst of the disease again. And we have numbers that are really terrible in the last couple of days,” he said.

“We are a country of nine million people, so the numbers are really huge.”

Israel currently has 63,440 active cases which represents double the number a week ago. A total of 3,645 people have died and a further 1,400 are in hospital, 837 of them critically ill.

In central Tel Aviv’s Rabin Square, a huge complex of tents serves as one of many vaccination centres.

Around the block, and around the clock, enthusiastic citizens have been queuing for their jab every day for the past three weeks.

But logistics and technical innovation have proved to be vital components too.

Mr Edelstein said: “You know, it’s not a system, as we see in some countries, of a huge stadium with hundreds of booths there.

“People sometimes have difficulty, especially when we’re talking about the elderly, to get there. In this case, it’s really a door delivery for many of them. I’m slightly exaggerating, but it’s close to it.”

He continued: “Part of the problem used to be that the sets of the vaccine are 1,000 vaccines. We managed to use Israeli technology to split it into smaller sets, with Pfizer’s approval.

“So now sometimes our paramedics or nurses are able to travel with a set of 50 to a very distant point without wasting one single shot.”

The country has 335 “drive-through” vaccination centres which operate extended hours.

At one, in the northern city of Haifa, doctor and recipient Natalie Roynik was in, jabbed and out in minutes without leaving the driving seat.

“As you can see it’s working perfectly. I just came here and here I am. I am just getting inside,” she said as she drove into the purpose-built tent.

Yet alongside this undeniable success, in the Israeli-occupied West Bank and Gaza, Palestinians do not have access to any vaccine yet.

In the West Bank city of Ramallah, where the Palestinian Authority has its headquarters, Dr Ali Abed Rabbo, director of preventative health at the Palestinian Ministry of Health, believes Israel is obliged to provide the vaccine.

He told Sky News: “As an occupying force, I think and I believe that Israel had the commitment to procure the vaccine for the Palestinian population because they are the occupying force.”

Under the 4th Geneva Convention, occupying forces are responsible for providing healthcare to the population of the occupied area.

Amnesty International has condemned Israel over the issue.

“While Israel celebrates a record-setting vaccination drive, millions of Palestinians living under Israeli control in the West Bank and the Gaza Strip will receive no vaccine or have to wait much longer.

“There could hardly be a better illustration of how Israeli lives are valued above Palestinian ones.”

But Israel’s health minister told Sky News: “They have to learn how to take care of themselves.

“I don’t think that there’s anyone in this country, whatever his or her views might be, that can imagine that I would be taking a vaccine from the Israeli citizen, and, with all the goodwill, give it to our neighbours.”

But he added: “We do understand that it’s in Israeli interests that there will be less cases on the Palestinian side.

“Many of the Palestinians are working here in Israel. You can’t divide the two neatly and say, you know, ‘they can deal with it themselves; it’s not our issue’. It is our issue.”

Asked if Israel would provide the vaccine to Palestinians in the West Bank and Gaza once its population is vaccinated, he said: “We definitely will consider that but as I’ve said, I sincerely hope that by that time part of their population will be vaccinated by different vaccines that they are trying to purchase. If any other help will be needed, we will offer.”

The minister of health for the Palestinian Authority, Dr Mai Al-Kaileh, announced at the weekend that the vaccine, on order from four different companies, would likely arrive during the first quarter of the year.

By that stage, if Prime Minister Netanyahu meets his pledge, every Israeli over 16 will have been vaccinated.