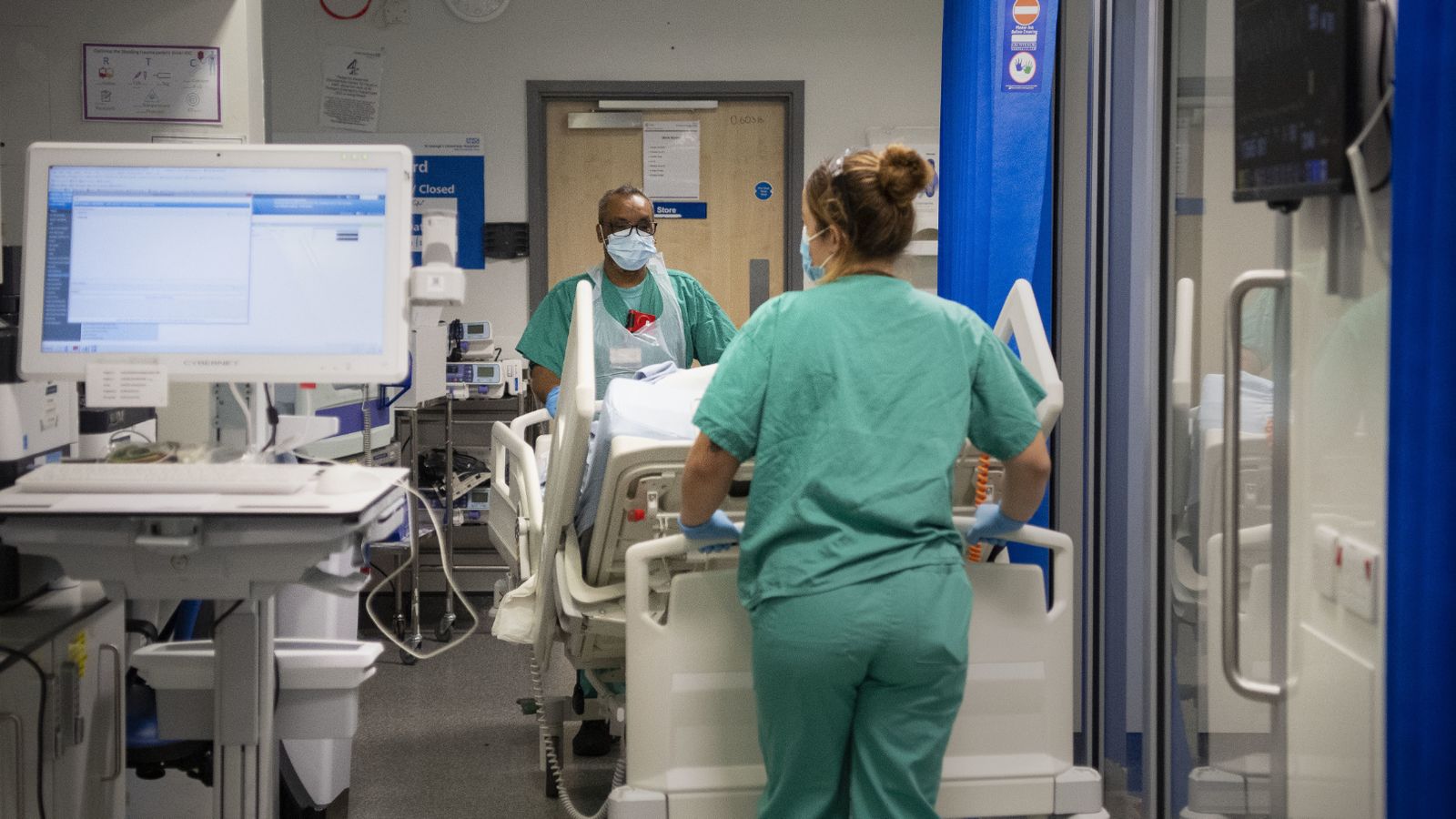 Peak demand on hospitals might not be reached until “early to mid-February” leading to a “more extended period of pressure” on the NHS than had initially been hoped, MPs have been told.

Chris Hopson, the chief executive of NHS Providers – which represents all NHS trusts, said it was now “pretty clear” the COVID infection rate “is not going to go down as quickly as it did” during the first lockdown last spring.

“It’s going to go down more slowly because of the increased transmissibility of the new strain,” he told the House of Commons health and social care committee on Tuesday.

Mr Hopson said hospitals “were hoping for a sharper peak that came sooner and shorter”, adding: “So something, for example, where we saw the peak and started to crest it in mid to late January.

“It now looks like the peak for NHS demand may actually now be in February.

“If that’s right, that’s going to basically mean there’s a higher level and a more extended period of pressure on the NHS than we were expecting even a week ago.”

He warned that infection rates were rising “really very rapidly” beyond those areas in England where the new coronavirus strain had first spread.

“We’ve talked a lot about London, the South East and the East of England – but what’s very clear is infection rates are now rising really very rapidly beyond those areas, in the Midlands, the North West and the South West,” Mr Hopson said.

“That’s a particular worry because trusts in the Midlands and the North have got significant numbers of patients still in hospital from the second surge.

“And, in the South West, because of its smaller bed base, we know it’s less able to absorb pressure than the other reasons.”