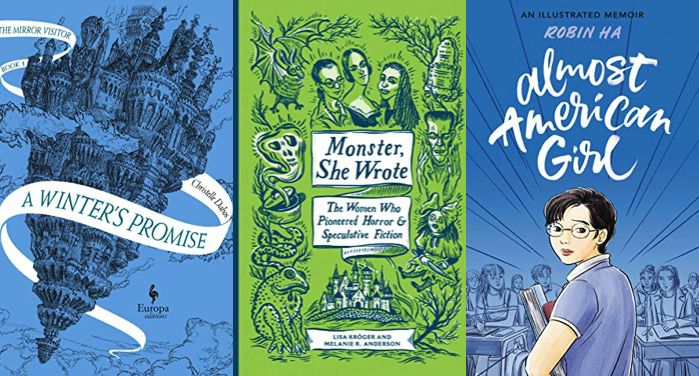 In case you missed yesterday’s most popular deals

The Daughter of Sherlock Holmes by Leonard Goldberg for $2.99

The Age of Witches by Louisa Morgan for $2.99

The World According to Fannie Davis by Bridgett M. Davis for $3.99

Horrorstor by Grady Hendrix for $2.99

Night of the Mannequins by Stephen Graham Jones for $3.99

Down Among the Dead Men by Michelle Williams for $1.99

Girl in Disguise by Greer MacAllister for $2.50

Disappearance at Devil’s Rock by Paul Tremblay for $1.99

My Invented Country by Isabel Allende for $2.99

Beneath a Scarlet Sky by Mark Sullivan for $1.99

The Shadows Between Us by Tricia Levenseller for $2.99

Passage West by Rishi Reddi for $1.99

Miss Peregrine’s Home for Peculiar Children by Ransom Riggs for $2.99

The Dinosaur Artist by Paige Williams for $2.99

The Disappearing Spoon by Sam Kean for $3.99

Sawkill Girls by Claire Legrand for $1.99

My Best Friend’s Exorcism by Grady Hendrix for $2.99

Hunted by the Sky by Tanaz Bhathena for $2.99

Animals in Translation by Temple Grandin for $1.99

23 Expert Hair Care Tips For Men
No 10 under mounting pressure to explain PM’s meeting with Sue Gray over partygate report
Book Riot’s Deals of the Day for May 19, 2022
‘Historic moment’ as Finland and Sweden formally apply to join NATO
Apple reportedly showed off its mixed-reality headset to board of directors