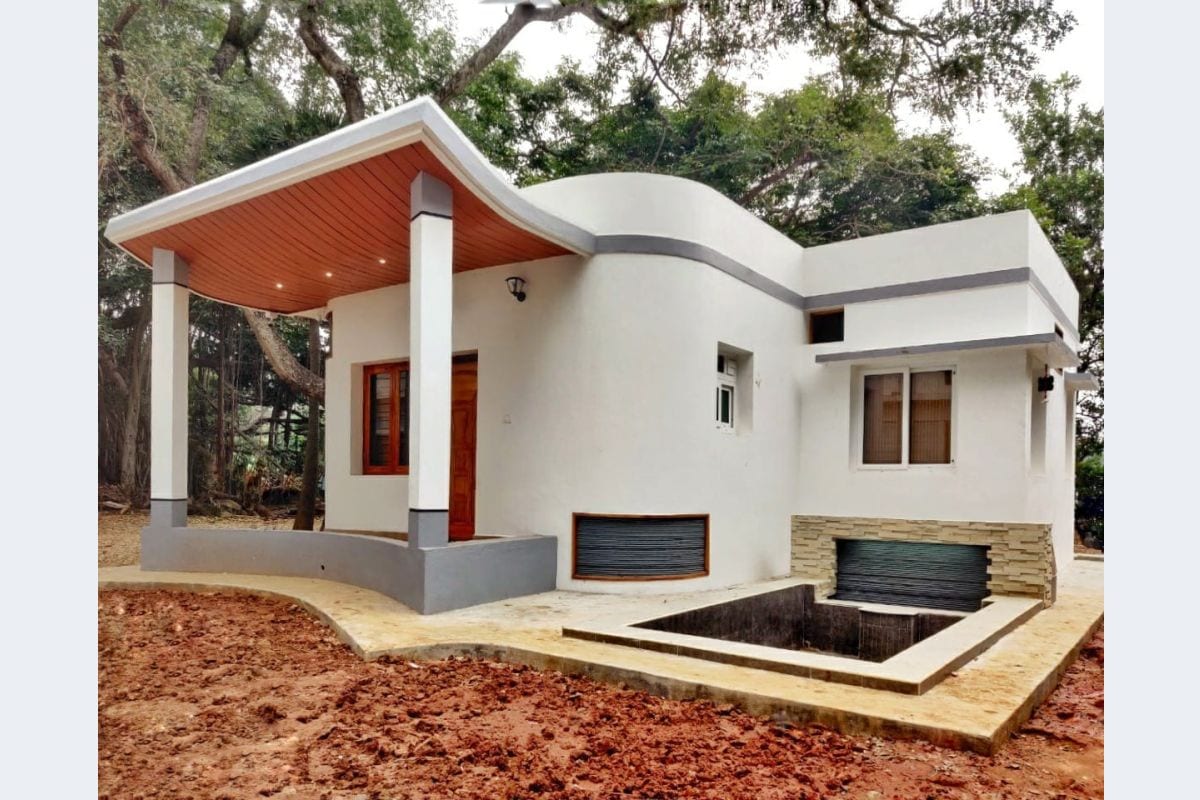 Tvasta Manufacturing Solutions, a start-up founded by alumni of IIT Madras, has made what it says is India’s first 3D-printed house. The team printed the structure using a specialty concrete that it had developed to print large-scale 3D structures in short periods. They say the mix is based on ordinary portland cement, which has a lower water-cement ratio. Though concrete is the primary material typically used in construction projects, it cannot be recycled and requires a lot of energy to mix and transport. So, the team’s effort to use technology to print the house using ordinary portland cement can “overcome the pitfalls of conventional construction.”

On its website the company says, “We have the ability to overcome the pitfalls of conventional construction through 3D printing,” adding, “This advancement will open doors for all kinds of research and development in the construction world.”

Its first structure, a single-storey house, is 600 square feet and it has been constructed using indigenous concrete 3D printing technology and in collaboration with Habitat for Humanity’s Terwilliger Center for Innovation in Shelter. This technology can help build a house in five days, the institute said.

The house was inaugurated by Finance Minister Nirmala Sithraman. Speaking at the launch via video-conferencing, she said that India definitely needs solutions that do not require much time, adding the latest “technology enables building a 3D printed house in 5 days”.

“Conventional housing requires timing, material, logistics, transporting of material, and so on. But if this technology can produce houses in different locales in five days, it would not be a big challenge to build 100 million houses by 2022,” the finance minister said.

In a blog post on its website, Tvasta Manufacturing Solutions said that it had developed its own material mix, which is an extrudable concrete consisting of cement, sand, geopolymers, and fibres. It prepared the final material mix by mixing the raw materials in a large hopper. “While 3D printing, the structure was specifically designed hollow to allow provisions for wiring and plumbing without damaging the wall,” added the blogpost.

The use of such local materials would also reduce the need to transport concrete long distances, reducing the environmental impact.

We dive into all things Apple — iPad Pro, iMac, Apple TV 4K, and AirTag — this week on Orbital, the Gadgets 360 podcast. Orbital is available on Apple Podcasts, Google Podcasts, Spotify, and wherever you get your podcasts.
This article was originally published by Ndtv.com. Read the original article here.
Share on Facebook
Share on Twitter
Share on Pinterest
Share on LinkedIn