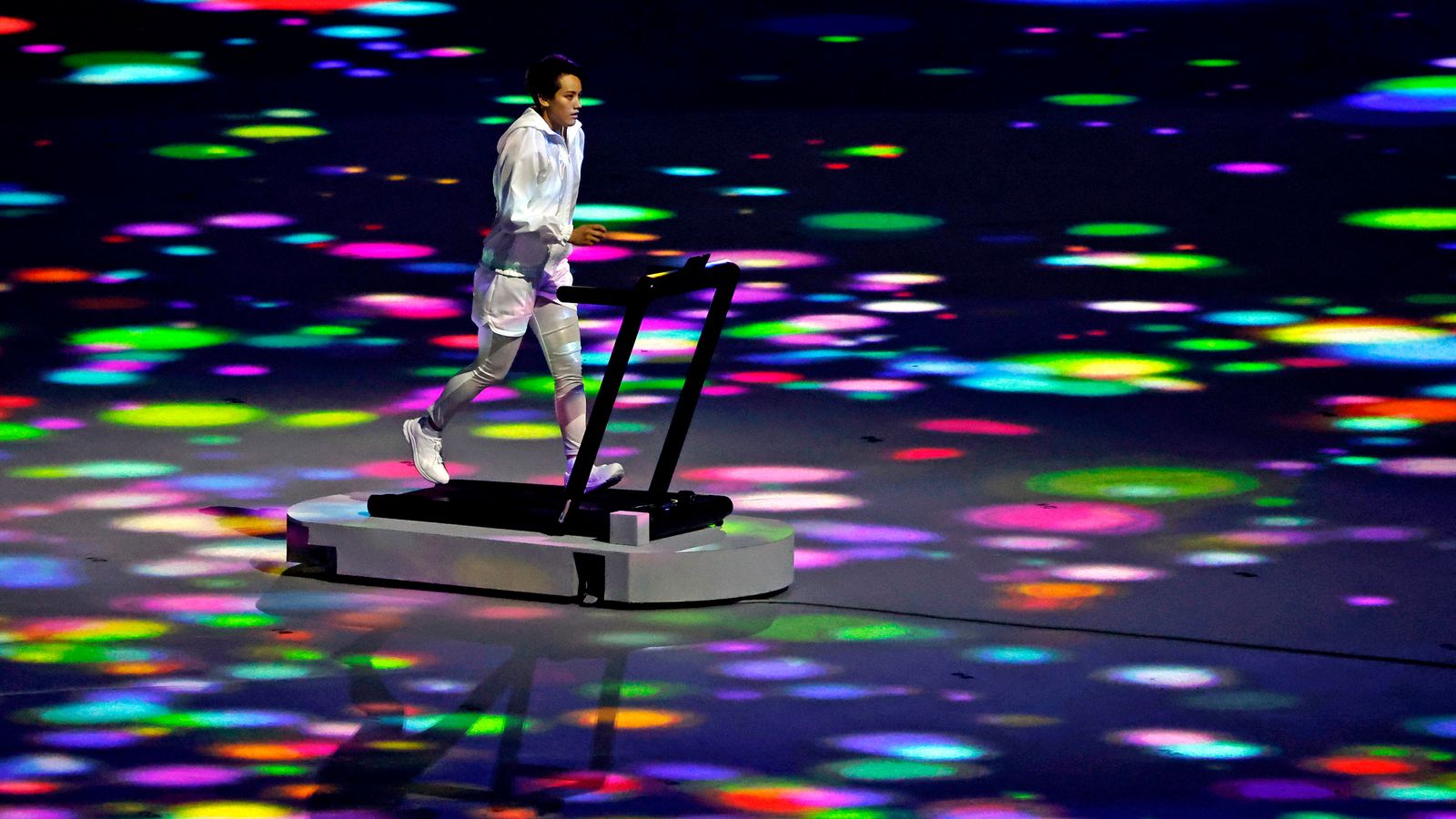 The opening ceremony of the 2020 Tokyo Olympics has begun with a spectacular show at the national stadium.

The event began with a performer seeming to morph from a seed into a plant through the use of overhead projections.

A compilation video showing athletes training alone as they prepared for the Games.

A countdown kicked off fireworks above the stadium, which turned indigo and blue in the shape of a fan.

Lone performers dressed as athletes were shown exercising on equipment as projections of lines and circles linked them to each other, a nod to the way the internet has connected people during the pandemic.

The Games were delayed by a year and spectators were banned two weeks ago over concerns about the spread of COVID-19.

Approximately 1,000 dignitaries and news media members are present to witness the event live in a stadium designed to host thousands of people. Why Tokyo 2020 will be an Olympics like no other

Public opinion polls show most Japanese residents are against the decision to hold the world sporting event in the capital, which is under a coronavirus state of emergency.

Organisers have suggested the ceremony may be more restrained than usual.

Although many details of the ceremony have been kept secret, history suggests viewers can expect speeches about the meaning of the Olympics from the likes of Thomas Bach, the International Olympic Committee president and a former fencing gold medallist.

The history and culture of Japan is likely to be celebrated and could include performances from singers, dancers, mimes and puppeteers.

Athletes bearing the flags of their respective nations will then lead their national delegations as they parade into the stadium.

The Olympic torch will arrive and the cauldron will be lit by one of the athletes.

The entire event is scheduled for three and a half hours, but previous ceremonies have almost always gone over their allotted time.