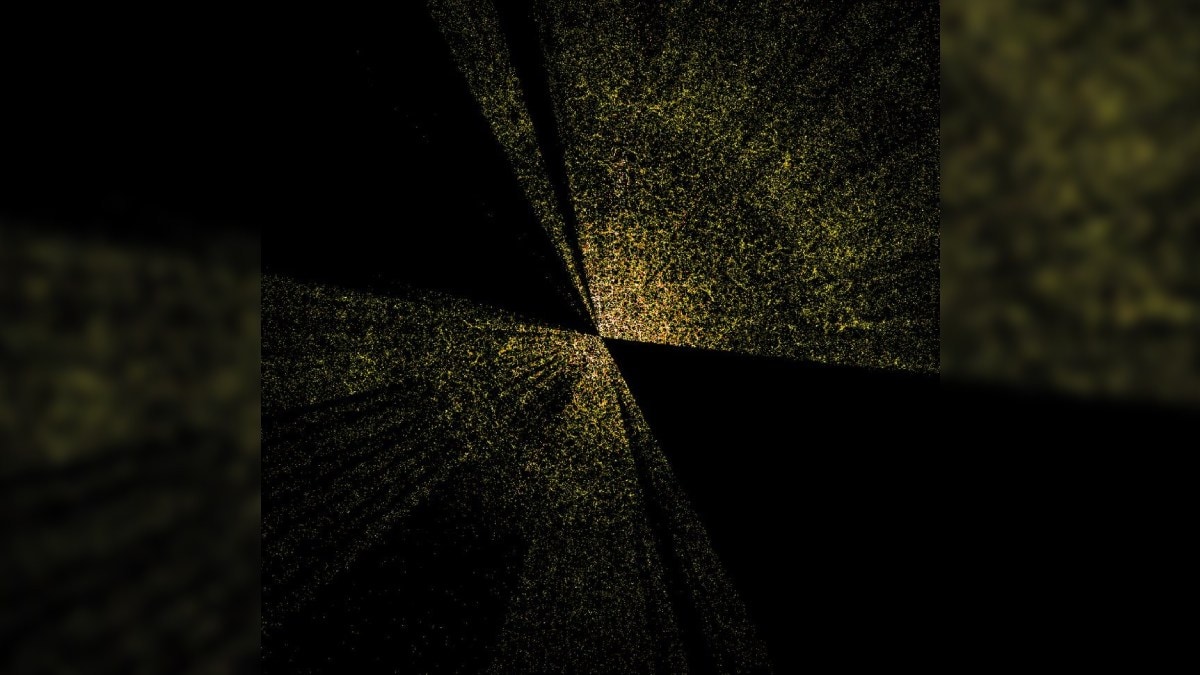 An international team of scientists has produced the most detailed 3D map of the universe yet, with astrophysicists unveiling details of the first 7.5 million galaxies out of 35 million. The stunning image shows the cosmic web of galaxies going back billions of light-years. And, this is only the beginning of the project, which is seven months old. The survey, which will help explain dark energy, a force that makes up 68 percent of the universe and drives its expansion, is expected to take a total of five years to complete.

Scientists are using the Dark Energy Spectroscopic Instrument (DESI) for the project and have built a component using 5,000 optical fibres that increase the telescope’s field of view. The project is adding galaxies at the rate of about a million every month. When the map is complete, with data going as far back as 11 billion years ago, it is expected to help astronomers understand the origin of the universe and where it is headed.

“This [project] will help us to search for clues about the nature of dark energy. We will also learn more about dark matter and the role it plays in how galaxies like the Milky Way form and how the universe is evolving,” Professor Carlos Frenk from Durham University’s Institute for Computational Cosmology told BBC.

The researchers are also trying to use the data to figure out how medium-sized black holes in small galaxies behave. Having mapped 7.5 million galaxies, DESI is aiming to add another 27.5 million by the end of its run in 2026.

Victoria Fawcett, a PhD researcher at Durham University’s Centre for Extragalactic Astronomy, which is also involved in the project, said DESI is cataloguing much fainter and redder objects than previously discovered. “We’re finding quite a lot of exotic systems including large samples of rare objects that we just haven’t been able to study in detail before,” she said.

DESI is installed on the Nicholas U. Mayall Telescope in Arizona.

Catch the latest from the Consumer Electronics Show on Gadgets 360, at our CES 2022 hub.

Harry Potter Actor Tom Felton Admits Playing Draco Malfoy Did Not Make Him Popular With The Ladies, And I Solemnly Refuse To Believe It
Last Ukrainian troops in Mariupol told to stop defence of city
The Rookie Season 4 Episode 22 Review: Day in the Hole
Revealed: The least diverse job sector in UK – and what’s being done to change it
Royal Mail to raise prices cut costs to cope with soaring inflation