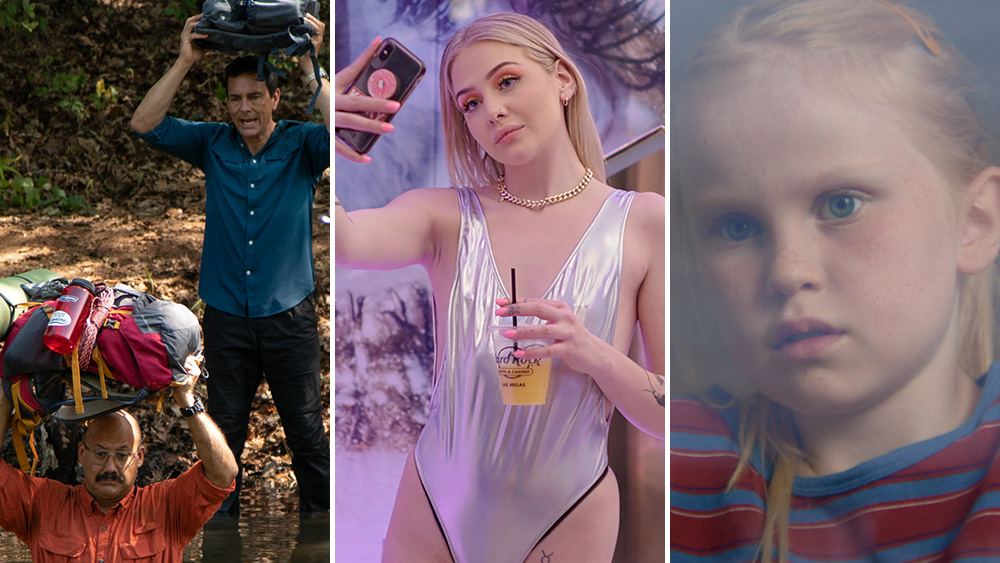 It’s one of busiest opening weeks in some time for indie releases with Neon (Pleasure), Bleecker Street (Montana Story), IFC Midnight (The Innocents) and Roadside Attractions (Family Camp) in theaters — even as the imminent closure of the Landmark Pico underscores just how arthouses are struggling to win back core demos.

Roadside’s faith-based comedy Family Camp is the widest specialty release on over 850 screens. It’s the first feature from The Skit Guys — Tommy Woodard and Eddie James – targeting “family member from eight to eighty.” Two polar-opposite families find themselves sharing a cabin and vying for a coveted trophy during a reluctant week away at rustic church Camp Katokwah. The dads, Woodard and James, end up lost in the woods. Also stars Leigh-Allyn Baker, Gigi Orsillo, Cece Kelly, Robert Amaya and Heather Land. Brian Cates directed from the script he wrote with Rene Gutteridge.

In charged times, this film, “is totally about as apolitical as could be. It’s feel-good, upbeat,” said Roadside co-president Howard Cohen. Christian radio network K-Love, on 400 stations, co-produced and is heavily promoting it on air. Roadside has a track record with faith-based films (I Can Only Imagine crushed box office forecasts in 2017). “We like this space. We like the fact that it has a defined and loyal audience. And if we ever needed a comedy, it is now,” Cohen said.

Supernatural thriller The Innocents from IFC, written and directed by Eskil Vogt, one of Norway’s most esteemed screenwriters, opens in 32 theaters. Vogt is the Oscar-nominated writer along with Joachim Trier of highly decorated, and successful (even in an indie box office slump) The Worst Person In The World. Both films played at Cannes last year. The Innocents just screened at New Directors New Films. A group of children stuck at home in a generic high rise during holidays one bright Nordic summer reveal dark and mysterious powers when adults aren’t looking. (Also from IFC, Happening expands to 186 theaters after opening on four last weekend.)

Bleecker Street opens neo-Western Montana Story in four theaters, expanding May 27. The 2021 Toronto selection is directed by Scott McGehee and David Siegel. It stars Haley Lu Richardson, and Owen Teague as two estranged siblings who return home to the sprawling ranch they once knew and loved, confronting a deep and bitter family legacy against a mythic American backdrop.

Il Buco (The Hole – better in Italian) opens at the Film Forum. A meditation on nature and life set in 1961 Italy’s highest building is going up in the prosperous North. But in a small Calabrian village at the other end of the country, also the site of one of the world’s deepest caves, life seems untouched. A group of young speleologists arrive to reach the bottom of the Bifurto Abyss, 700 meters down. They are watched by an old shepherd, whose solitary life begins to interweave with the group’s journey. Deadline review here. Back in 2010, Frammartino’s film, Le Quattro Volte — about an elderly goatherd in Calabria — was the biggest word-of-mouth hit at the Cannes Film Festival.

MAU from Greenwich via SXSW opens in two theaters (Angelika/NY and Laemmle Glendale/LA). Written and directed by Benji & Jono Bergmann it features design visionary Bruce Mau, world-class graphic designer whose projects range from work for Coca Cola and Disney to rethinking a 1,000-year plan for Mecca, Islam’s holiest city, and rebranding nations such as Guatemala and Denmark. Mau is a pioneer of ‘transformation design,’ the belief that design can create positive change in the world.

Trafalgar Releasing and Warner Bros. present ABBA: The Movie – Fan Event in 540 theaters in the U.S. and Canada for a special Saturday event. (It also ran Thursday.) The film was shot by director Lasse Hallström during the group’s hugely successful 1977 Australian tour and first released that year. The film stars the members of ABBA, Anni-Frid Lyngstad, Benny Andersson, Björn Ulvaeus, and Agnetha Fältskog, and is a rare look at the group during the height of their popularity including backstage footage and full-length performances.

Also opening, on 11 screens (and on-demand), horror Monstrous with Christina Ricci, directed by Chris Sivertson. Ricci is Laura, who flees an abusive husband. As she and seven-year-old son Cody try to settle into a new life in an idyllic and remote lakeside farmhouse, their physical and mental well-being are pushed to the limit and their fragile existence is threatened. Deadline review from the Glasgow Film Festival.