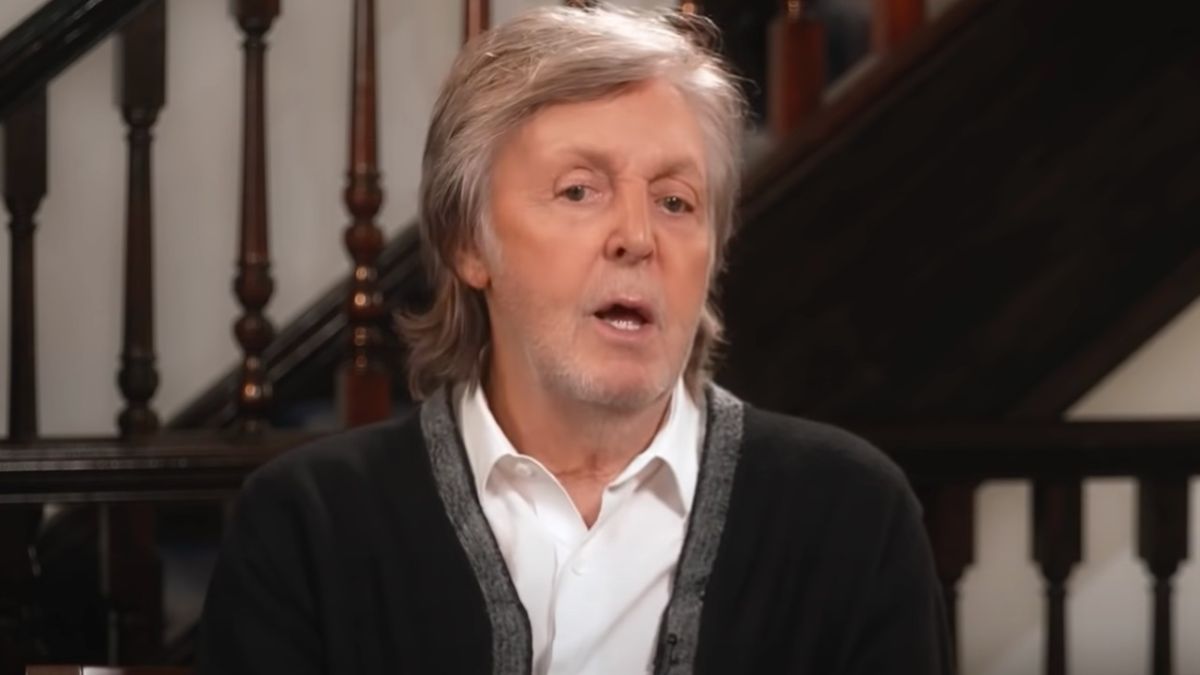 Amid a myriad of legal issues stemming from his conflict with ex-wife Amber Heard, Johnny Depp has become a polarizing public figure. Some still take issue with him due to the allegations leveled at him by his former spouse, while others continue to support or pay homage to him. This weekend, during his set at Glastonbury, music icon Paul McCartney didn’t explicitly express support for Depp, though he did show old footage of the star from one of his music videos. While the clip didn’t draw an enthusiastic response from fans, they were apparently delighted by a touching moment involving the late John Lennon.

Paul McCartney headlined the Glastonbury Festival this past Saturday, where he performed some of his greatest hits, per Deadline. Among the songs he performed was “My Valentine,” from his 2012 album Kisses on the Bottom. While the Grammy winner performed the song on the piano, footage from the music video played, showing Johnny Depp and Natalie Portman. This isn’t the first time that the singer has used the footage as of late, as it’s been employed during his U.S. tour, which occurred in the midst of the actor’s case against Amber Heard.

Some fans across social media weren’t all that pleased with the music video footage being shown. For instance, one person took to Twitter to express their lifelong love of the former Beatle while also lamenting the idea of him being “a Depp supporter.” However, just about everyone seemed to agree on the John Lennon tribute that he included. Thanks to some digital magic, the 80-year-old and Lennon (via a screen) sang “I’ve Got a Feeling.” Per Deadline, this performance drew some of the loudest cheers, and those taking it in from the Internet loved it, too. One user seemed impressed by the fact that the musician was able to find a way to top having Dave Grohl and Bruce Springsteen perform with him on stage.

Paul McCartney has paid tribute to his former bandmate on a number of occasions over the years. In some instances, he’s shared sweet throwbacks of them hanging out together. He’s also honored him at concerts through digital performances like the one featured at Glastonbury. All in all, you have to love the way in which John Lennon’s friends and loved ones have kept his memory alive.

Johnny Depp’s legacy, on the other hand, may be one that’s debated a bit moving forward. Just a few weeks ago, the Oscar nominee emerged victorious after a jury’s verdict stipulated that he receive a collective $15 million from both compensatory and punitive damages. When responding to the decision, Depp said that he “felt at peace,” though he’s not finished in the courtroom just yet. The actor is about to contend with another case stemming from assault charges filed by a crew member on his 2018 film City of Lies.

All the while, the entertainer is still landing jobs, and one of the new projects he has lined up is a music-based. The actor is teaming up with his friend, guitarist Jeff Beck, to produce a new album. The Pirates of the Caribbean star has recently been performing in shows with Beck and drawing some eyes while doing so. Even the actor’s ex, Kate Moss, travelled to his London show after defending him in court.

So it seems that Johnny Depp’s presence in the music scene is going to grow from here. With that, you have to wonder whether this could mean another collaboration with Paul McCartney could be in the cards. That remains to be seen but, until that happens, I’d say there’s a chance McCartney will continue to show footage from their past music video while paying further homage to John Lennon at shows.

Wiz Khalifa Apologizes for Viral Outburst About ‘Horrible’ DJs
How much disruption are Chinese military drills causing in one of the world’s busiest shipping lanes?
Westworld Composer on the David Bowie Needle Drop In Season 4, Episode 7: “It Just Played So Perfectly”
The confusing job market: Tech and finance brace for the worst, retail is mixed, travel can’t hire fast enough
China extends military drills around Taiwan as fears grow of conflict