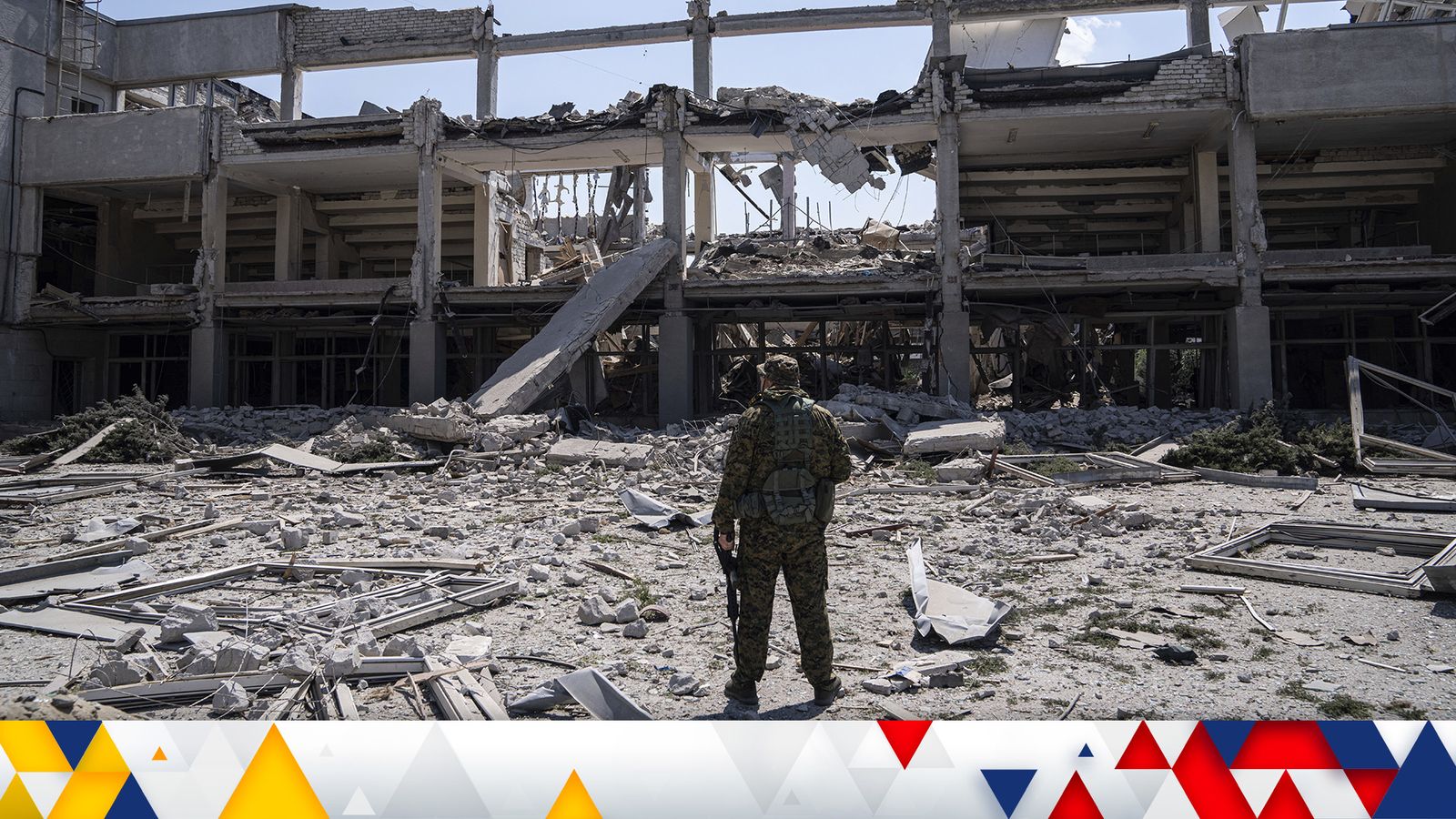 Weapons supplied by the West are starting to have an impact on the war in Ukraine, Volodymyr Zelenskyy has said.

He said: “The Western artillery – the weapons we received from our partners – started working very powerfully.

“Its accuracy is exactly as needed. Our defenders inflict very noticeable strikes on depots and other spots that are important for the logistics of the occupiers, and this significantly reduces the offensive potential of the Russian army.

“The losses of the occupiers will only increase every week, as will the difficulty of supplying them.”

It comes after Sky News reported how Ukrainian military social media was increasingly reporting the use of the HIMAR System, a US made and supplied multiple rocket launcher that analysts said had been used over the weekend to target Russian forces.

Kyiv has repeatedly pleaded with the West to send more weapons to repel the Russian invasion.

Mr Zelenskyy said that his forces were advancing in several tactical directions – in particular in the south, in the Kherson region, in the Zaporizhzhia region – and that Ukrainians “will not give up our land”.

Meanwhile, a Ukrainian flag has been raised on Snake Island in the Black Sea after defence forces liberated it from Russian troops.

The blue and yellow colours flutter once more over the strategic island, which has been in the spotlight many times during the war – not least when a Russian warship was told to “go f*** yourself” when it demanded that Ukrainian troops surrender early in the conflict.

In a reference to that episode (now a feature on Ukrainian stamps) the flag had a message to the Russian warship written on it, saying that the island is Ukrainian and signed by the head of Odesa region Maxim Marchenko.

Read more:
Hit, hit, hit, destroy: Russia’s terrifying tactics in the Donbas
What will happen in the Donbas now Luhansk has fallen to Russia?

The UK Ministry of Defence said on Wednesday heavy shelling continued along the front line in Donetsk but that no advances were made by either side.

The intelligence update said it was believed that Russian forces involved in last week’s gains were “reconstituting”.

It comes as foreign ministers from the G20 gather on the Indonesian island of Bali for talks set to be dominated by the conflict in Ukraine, despite an agenda focused on global cooperation and food and energy security.

It is understood to be the first time that Russia’s top diplomat Sergei Lavrov has met many of the G20 leaders since Russia invaded Ukraine in February.

The G20 includes Western countries that have accused Moscow of war crimes in Ukraine, and countries like China, India and South Africa that either support Russia or have abstained in UN votes calling for moves to oppose Russian aggression.

Many of its members oppose sanctions imposed by the West.

Disney streaming subscriber growth blows past estimates, as company beats on top and bottom line
16 Of The Best Digital Watches For Men To Upgrade Your Watch Game To The 21st Century (Updated 2022)
One in 20 big businesses have offered workers a cost-of-living bonus
‘Succession’ Star Alan Ruck Says Trump Drama Is Crazier Than His Show
Donald Trump being investigated under Espionage Act, with ‘top secret’ documents taken from his Florida home