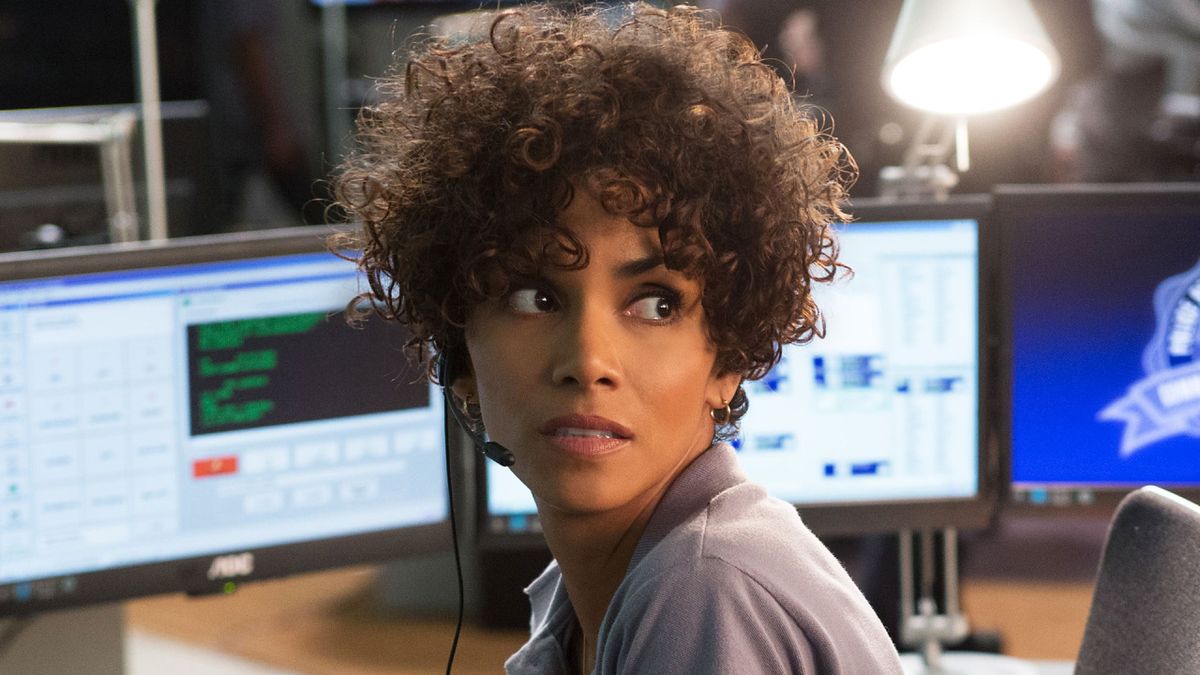 There’s been a long-running joke among Halle Berry fans. The actress seems to pick a lot of projects where saving kids are a major part of the plotline and fans have noticed over the years. From 1995’s Losing Isaiah, to 2013’s The Call to 2017’s Kidnap, the actress has starred in numerous movies throughout her career about a similar subject. Finally, the actress herself has found the right way to make fun of herself, but it ended up spawning a whole other joke on Twitter.

Halle Berry took to her Twitter account this week to basically meme herself alongside a video of Usher performing at NPR’s Tiny Desk. Check it out:

Yep, she did that. Out of what seemed like nowhere the actress tweeted “I know she’s not about to save another kid in this mov…” alongside a clip of Usher dancing and saying “watch this.” It’s a cute way for Halle Berry to bring up the fact that she’s been in a lot of the same kind of movies while also showing her humor on social media. Funny enough, Berry’s post led a few fans to start commenting on her movie hairdos in response. Here’s one:

As soon as we see ‘The Bob’ we know some shit about to go down. pic.twitter.com/BYTIRqTI2PJuly 2, 2022

Halle Berry has had a lot of hairstyles over the years in movies, but apparently its “the bob” that indicates some stuff is “about to go down.” This user wasn’t the last person to bring Berry’s hair into the conversation, another fan also replied with this:

She about to put that Bob on and save everyone’s children pic.twitter.com/UItGBFNu4EJuly 2, 2022

Halle Berry has been open before about how cutting all her hair off originally led to some negative comments from her manager. When she cut her hair short for Living Dolls, she was told she’d “never work again.” Living Dolls was her first gig in 1989 and just two years later she scored her breakout role in Jungle Fever alongside Wesley Snipes, Spike Lee and Samuel L. Jackson and she’s been working nonstop since then.

Over the years, the actress has had a lot of iconic hair looks, the most beloved likely being her silver Storm hair – which she is totally up to returning to if Marvel wants her by the way!  It seems like fans have caught on to her roles featuring bobs signaling the kid saving to commence. Hey, even the first X-Men was basically about the team of mutants trying to save Rogue, who is basically a kid at the start of the franchise. The jokes didn’t end there though:

It be this curl pattern that be activating the “Save A Kid” Halle Berry https://t.co/9oA12VKbuE pic.twitter.com/JTb8IMTVcPJuly 2, 2022

Most recently, Halle Berry directed (and starred) her first film with Bruised, which had her playing a MMA fighter seeking redemption. The actress has a handful of upcoming movies to look forward to next, including a movie called The Mothership hitting Netflix sometime this year.