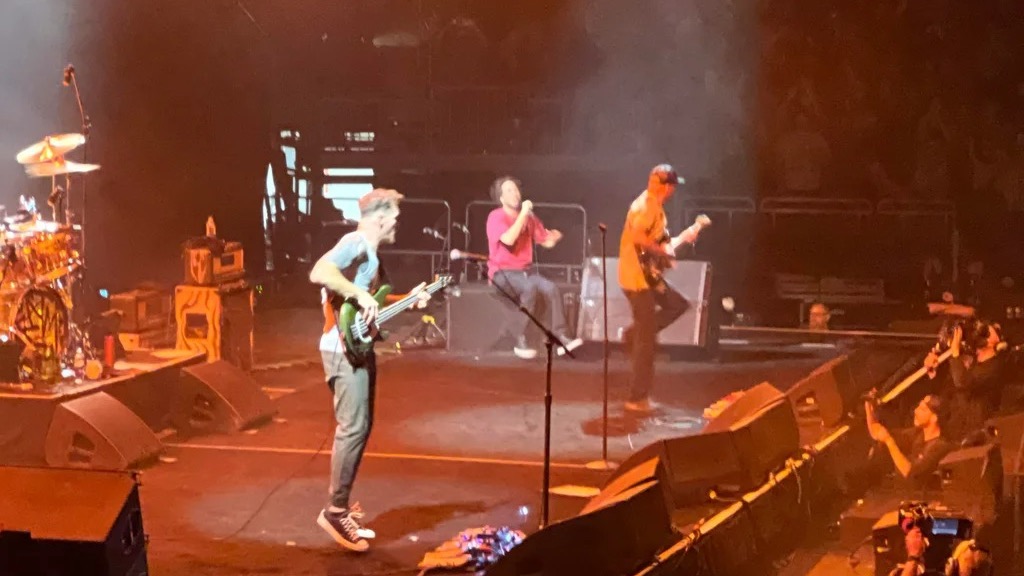 Zack de la Rocha apparently injured his leg during Rage Against the Machine’s concert in Chicago on Monday.

According to Consequence correspondent Allen Halas, de la Rocha sustained the injury four songs into the band’s main set at Chicago’s United Center. He was helped off stage by the band’s crew members, but after a brief break the concert resumed with de la Rocha performing while seated on a monitor. He attempted to stand up at various points, but was unable to put any weight on the leg.

Consequence has reached out to Rage Against the Machine’s representatives for more information.

Monday’s show marked only the second date of Rage Against the Machine’s long-awaited reunion tour, which officially kicked off on Saturday in East Troy, Wisconsin. It remains to be seen whether de la Rocha’s injury will impact future shows, but he could always ask Dave Grohl to pull his throne out of storage.

Zack de la Rocha attempted to stand up at various points, but was unable to put any weight on the leg. pic.twitter.com/lCggCUzfY5