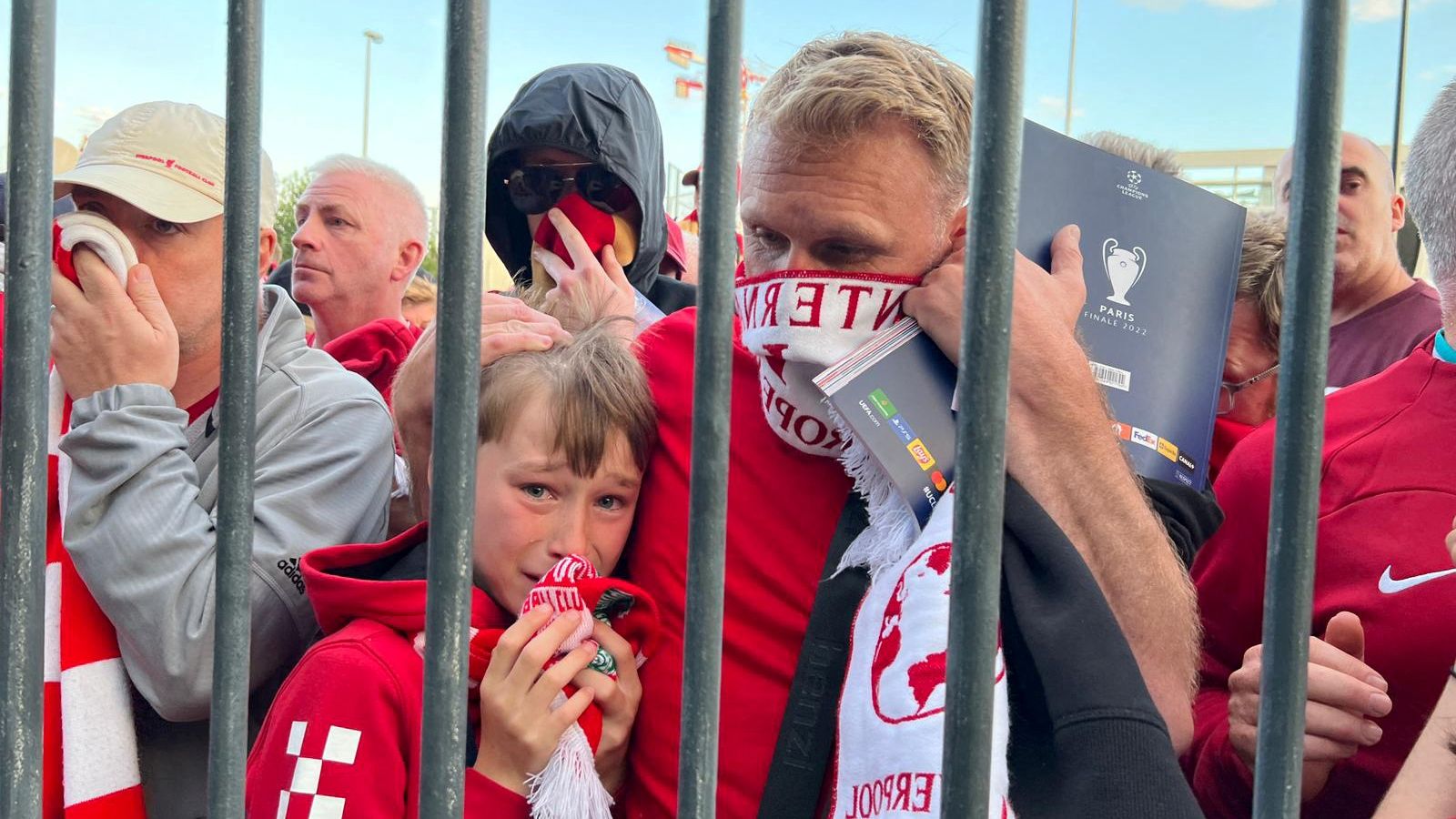 It was unfair to blame Liverpool fans for unrest in Paris before the Champions League final as state authorities failed to manage crowds, a report has found.

France’s interior minister, Gerald Darmanin, pointed the finger at Liverpool fans to divert attention away from the failings of police and organisers, the report commissioned by the French Senate found.

It said a “chain of events and malfunctions” in the days and hours leading up to kick-off caused the unrest.

In a provisional report, it added: “It is unfair to have wanted to make supporters of the Liverpool team bear the responsibility for the disturbances that occurred, as the minister of the interior did to divert attention from the inability of the state to adequately manage the crowds present and to curb the action of several hundred violent and co-ordinated offenders.”

It also said UEFA’s management of the ticketing system was “unsuitable” – and said stewards had not received adequate training, quickly becoming overwhelmed.

There were “major shortcomings with regard to the intelligence (and) transport routes for supporters” and “insufficient communication”.

Afterwards, Sky News heard there was a “massive” bottleneck prior to kick off when Liverpool supporters were funnelled through a narrow gap and tear gas was fired into an area containing 20,000 Reds fans.

UEFA failed to provide a system in place that could detect the extent of forgeries, the report said.

The French federation identified 2,471 counterfeit tickets – 1,644 of then in the southern sector of the stadium dedicated to Liverpool supporters, it went on.

Checkpoints became blocked because of a decision to run an initial check on ticket validity at pre-screening security points, it added.

The Senate recommended that tamper-proof ticketing be introduced for future events of similar importance.

It also called for improved coordination between stewards and police.