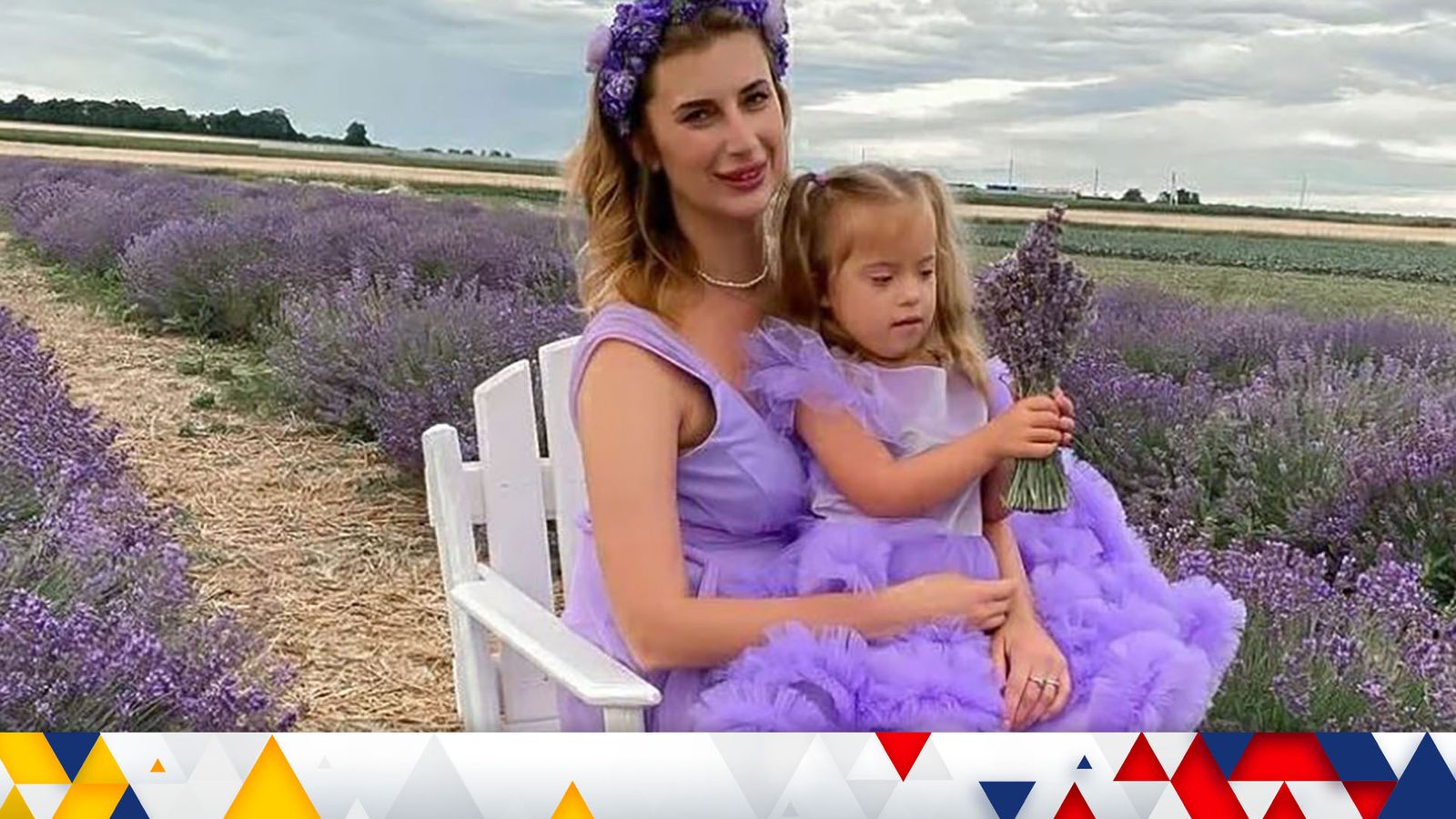 A four-year-old girl has been killed and her mother was seriously injured after Russian missiles struck a city in central Ukraine.

Another 22 people died, including two more children, and over 100 others were injured in the attack on Vinnytsia, which is 167 miles (268km) southwest of the capital Kyiv.

Ukraine’s Ministry of Defence tweeted a video showing the “last minutes” of the life of Lisa Dmitrieva, who had Down’s Syndrome.

“During the Russian terrorist attack on Vinnytsia on July 14, a little girl named Lisa died from the explosion,” it tweeted.

“Her mother Iryna was taken to the hospital with her leg torn off. Iryna’s page on social media captures last minutes of her daughter’s life.”

And on Facebook, a woman claiming to work with the injured mother, said: “Today in Vinnytsia, our employee Irisha Dmitrieva and her young daughter were at the epicentre of the shelling.

“Daughter died on the spot… Ira is in critical condition in intensive care.

“So much grief, so many tears… There is no more strength…”

National Police Chief Ihor Klymenko said only six of the dead have been identified so far, while 39 people are still missing.

Russia has not officially confirmed the strike, but Margarita Simonyan, head of the state-controlled Russian television network RT, said on her messaging app channel that military officials told her a building in Vinnytsia was targeted because it housed Ukrainian “Nazis”.

The missiles ignited a fire that expanded to engulf 50 cars in an adjacent car park.

The strike happened as government officials from about 40 countries met in The Hague to discuss co-ordinating efforts to investigate and prosecute potential war crimes in Ukraine.

“Where there is no military (targets). What is it if not an open act of terrorism?”

Vinnytsia is one of Ukraine’s largest cities, with a population of 370,000.

Thousands of people from eastern Ukraine, where Russia has concentrated its offensive, have fled there since the start of the war.

Meanwhile, one person was wounded when a missile damaged several buildings in the southern city of Mykolaiv early on Thursday, Ukrainian authorities said. A missile attack on Wednesday killed at least five people in the city.

The city of Lysychansk, the last major stronghold of Ukrainian resistance in Luhansk, fell to Russian forces at the beginning of the month.