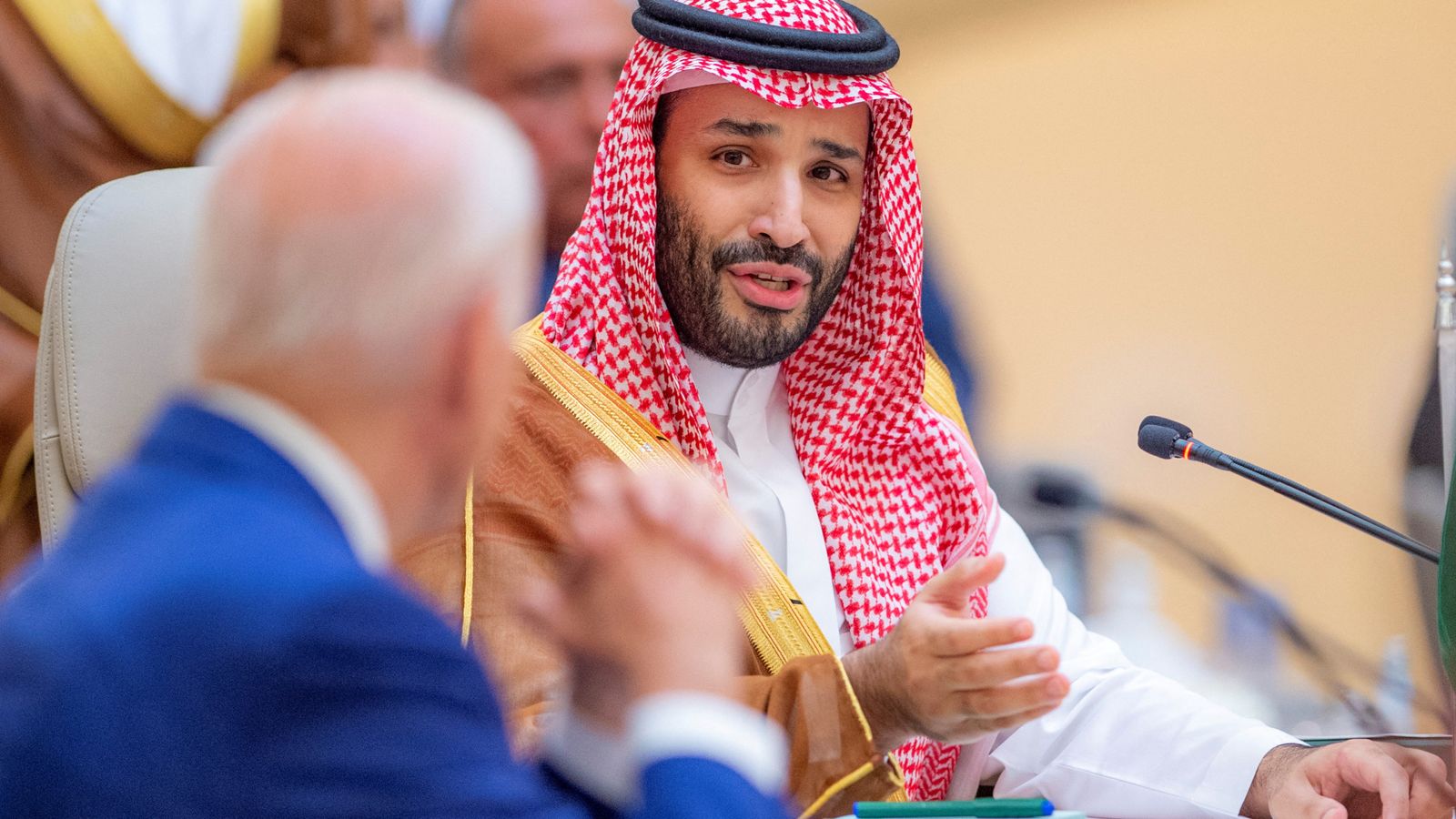 The Saudi crown prince told Joe Biden the US had also made mistakes, after the president confronted him over the murder of journalist Jamal Khashoggi.

Mr Khashoggi was killed and dismembered by a hit squad in the country’s Istanbul consulate in 2018.

Mr Biden said he challenged Crown Prince Mohammed bin Salman (MBS) over the killing when he met the Saudi leader on Friday.

He said he was “straightforward and direct” and made his view on the murder “crystal clear”.

US intelligence agencies believe MBS approved the plot to kill the Washington Post columnist, and while running for president, Mr Biden promised to make Saudi Arabia a “pariah” over the killing.

The president received criticism for greeting the crown prince with a fist-bump when he landed in Saudi Arabia yesterday.

One of those to attack Mr Biden was Mr Khashoggi’s fiancee, Hatice Cengiz, who tweeted a picture of the moment and asked: “Is this the accountability you promised for my murder?”

The US president told reporters: “He [MBS] basically said that he was not personally responsible for it. I indicated that I thought he was.”

In a statement to Reuters on Saturday, a Saudi official said the crown prince told Mr Biden the US had also made human rights mistakes.

“In the same year, similar regrettable incidents took place and other journalists were killed in other parts around the world,” the crown prince reportedly said.

“The United States also made a number of mistakes like the incident of Abu Ghraib prison in Iraq and others.”

MBS has always denied approving the plan to kill Mr Khashoggi – who was an outspoken critic of the kingdom.

The crown prince told Mr Biden the kingdom had “taken all measures to prevent similar mistakes in the future”, the Saudi official said.

He also reportedly warned about imposing values on other countries by force, as well as raising the killing of Al Jazeera journalist Shireen Abu Akleh, shot dead during an Israeli raid in May.

The US has softened its stance towards Saudi Arabia since the Ukraine invasion sparked a worldwide energy crisis.

Mr Biden is keen for the OPEC+ group of oil producers to increase production to bring down soaring prices.

America also wants to maintain good relations with the kingdom to counter the growing influence of Russia and China.

“I’m doing all I can to increase the supply for the United States of America, which I expect to happen.

“The Saudis share that urgency, and based on our discussions today, I expect we’ll see further steps in the coming weeks.”

The energy question is again on the agenda in the Red Sea city of Jeddah today as Mr Biden joins a larger summit of Arab leaders.