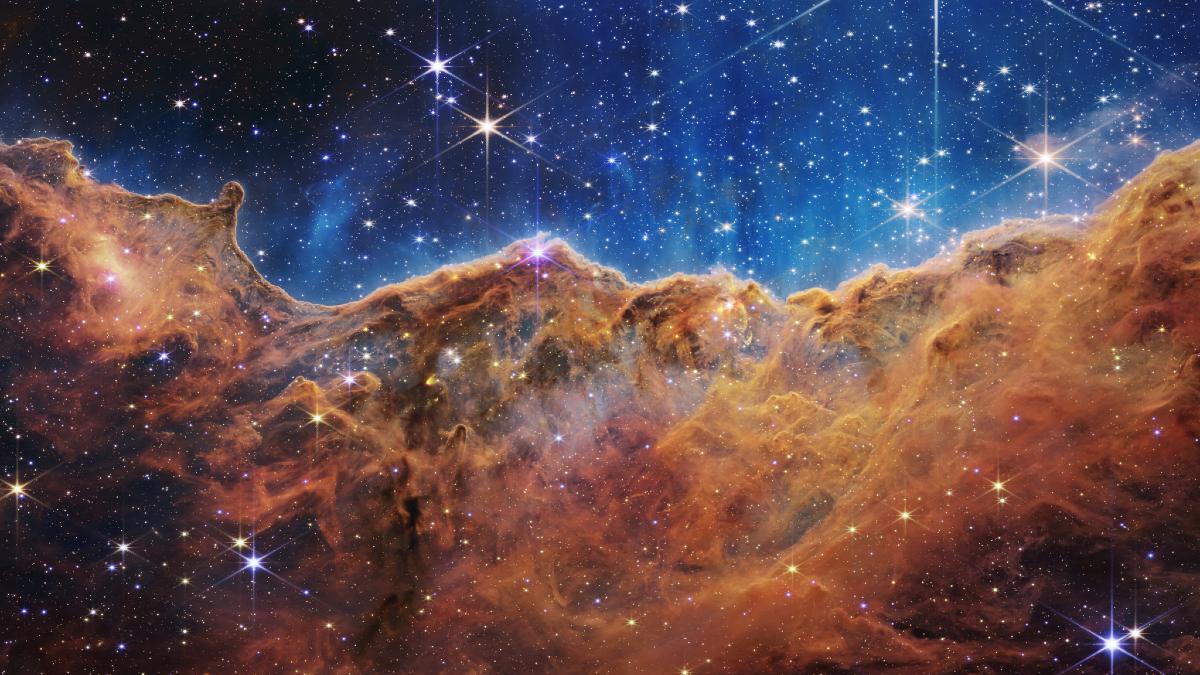 It has been an exciting week with the release of breathtaking photos of our Universe by the James Webb Space Telescope (JWST). Images such as the one below give us a chance to see faint distant galaxies as they were more than 13 billion years ago.

It’s the perfect time to step back and appreciate our first-class ticket to the depths of the Universe and how these images allow us to look back in time.

These images also raise interesting points about how the expansion of the Universe factors into the way we calculate distances at a cosmological scale.

Looking back in time might sound like a strange concept, but it’s what space researchers do every single day.

Our Universe is bound by the rules of physics, with one of the best-known “rules” being the speed of light. And when we talk about “light”, we’re actually referring to all the wavelengths across the electromagnetic spectrum, which travel at around a whooping 300,000 kilometres per second.

Light travels so fast that in our everyday lives it appears to be instantaneous. Even at these break-neck speeds, it still takes some time to travel anywhere across the cosmos.

When you look at the Moon, you actually see it as it was 1.3 seconds ago. It’s only a tiny peek back in time, but it’s still the past. It’s the same with sunlight, except the photons (light particles) emitted from the Sun’s surface travel just over eight minutes before they finally reach Earth.

Our galaxy, the Milky Way, spans 100,000+ light-years. And the beautiful newborn stars seen in JWST’s Carina Nebula image are 7,500 light-years away. In other words, this nebula as pictured is from a time roughly 2,000 years earlier than when the first ever writing is thought to have been invented in ancient Mesopotamia.

Anytime we look away from the Earth, we’re looking back in time to how things once were. This is a superpower for astronomers because we can use light, as observed throughout time, to try to puzzle together the mystery of our universe.

Space-based telescopes let us see certain ranges of light that are unable to pass through Earth’s dense atmosphere. The Hubble space telescope was designed and optimised to use both ultraviolet (UV) and visible parts of the electromagnetic spectrum.

The JWST was designed to use a broad range of infrared light. And this is a key reason the JWST can see further back in time than Hubble.

Galaxies emit a range of wavelengths on the electromagnetic spectrum, from gamma rays to radio waves, and everything in between. All of these give us important information about the different physics occurring in a galaxy.

When galaxies are near us, their light hasn’t changed that much since being emitted, and we can probe a vast range of these wavelengths to understand what’s happening inside them.

But when galaxies are extremely far away, we no longer have that luxury. The light from the most distant galaxies, as we see it now, has been stretched to longer and redder wavelengths due to the expansion of the universe.

This means some of the light that would have been visible to our eyes when it was first emitted has since lost energy as the universe expanded. It’s now in a completely different region of the electromagnetic spectrum. This is a phenomenon called “cosmological redshift”.

And this is where the JWST really shines. The broad range of infrared wavelengths detectable by JWST allow it to see galaxies Hubble never could. Combine this capability with the JWST’s enormous mirror and superb pixel resolution, and you have the most powerful time machine in the known universe.

Light age does not equal distance Using the JWST, we will be able to capture extremely distant galaxies as they were only 100 million years after the Big Bang – which happened around 13.8 billion years ago.

This discrepancy is all thanks to the expanding universe, and makes working on a very large scale tricky.

The universe is expending due to something called “dark energy”. It’s thought to be a universal constant, acting equally in all areas of space-time (the fabric of our universe).

And the more the universe expands, the greater the effect dark energy has on its expansion. This is why even though the universe is 13.8 billion years old, it’s actually about 93 billion light-years across.

We can’t see the effect of dark energy on a galactic scale (within the Milky Way) but we can see it over much greater cosmological distances.

Sit back and enjoy

We live in a remarkable time of technology. Just 100 years ago, we didn’t know there were galaxies outside our own. Now we estimate there are trillions, and we are spoilt for choice.

For the foreseeable future, the JWST will be taking us on a journey through space and time each and every week. You can stay up to date with the latest news as NASA releases it.