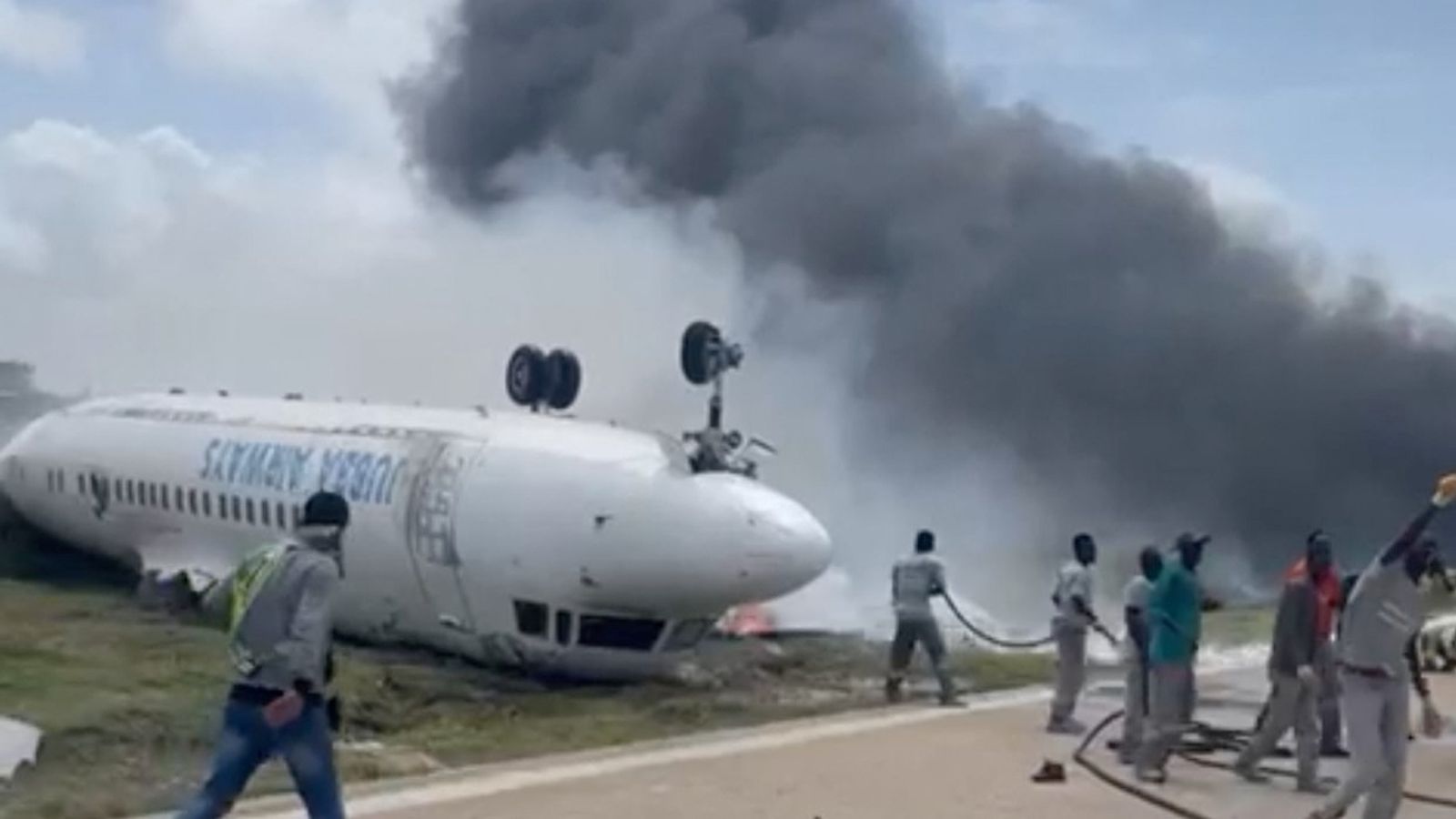 Dramatic footage has captured a passenger plane as it flipped over during a crash-landing on an airport runway.

The crew and all passengers on board – around 30 – escaped.

Video from the scene showed the plane upside down after having apparently tipped over on landing.

Black smoke and flames rose into the air as fire trucks approached the runway and firefighters began hosing down the wreckage.

The Jubba Airways-operated plane was arriving on a domestic flight from the inland city of Baidoa.

The company said the plane was a Fokker-50 which is turboprop-powered.

9 Of The Best Derma Rollers For Beard Growth and Health (Updated 2022)
Google adds new search features to try to give users the ‘vibe’ of a city or neighborhood
HMS Queen Elizabeth anchors in New York as Liz Truss says she wants to strengthen UK-US bond
Can We Really Deflect an Asteroid by Crashing Into It? Nobody Knows, but We Are Excited to Try
Fen, Bog & Swamp