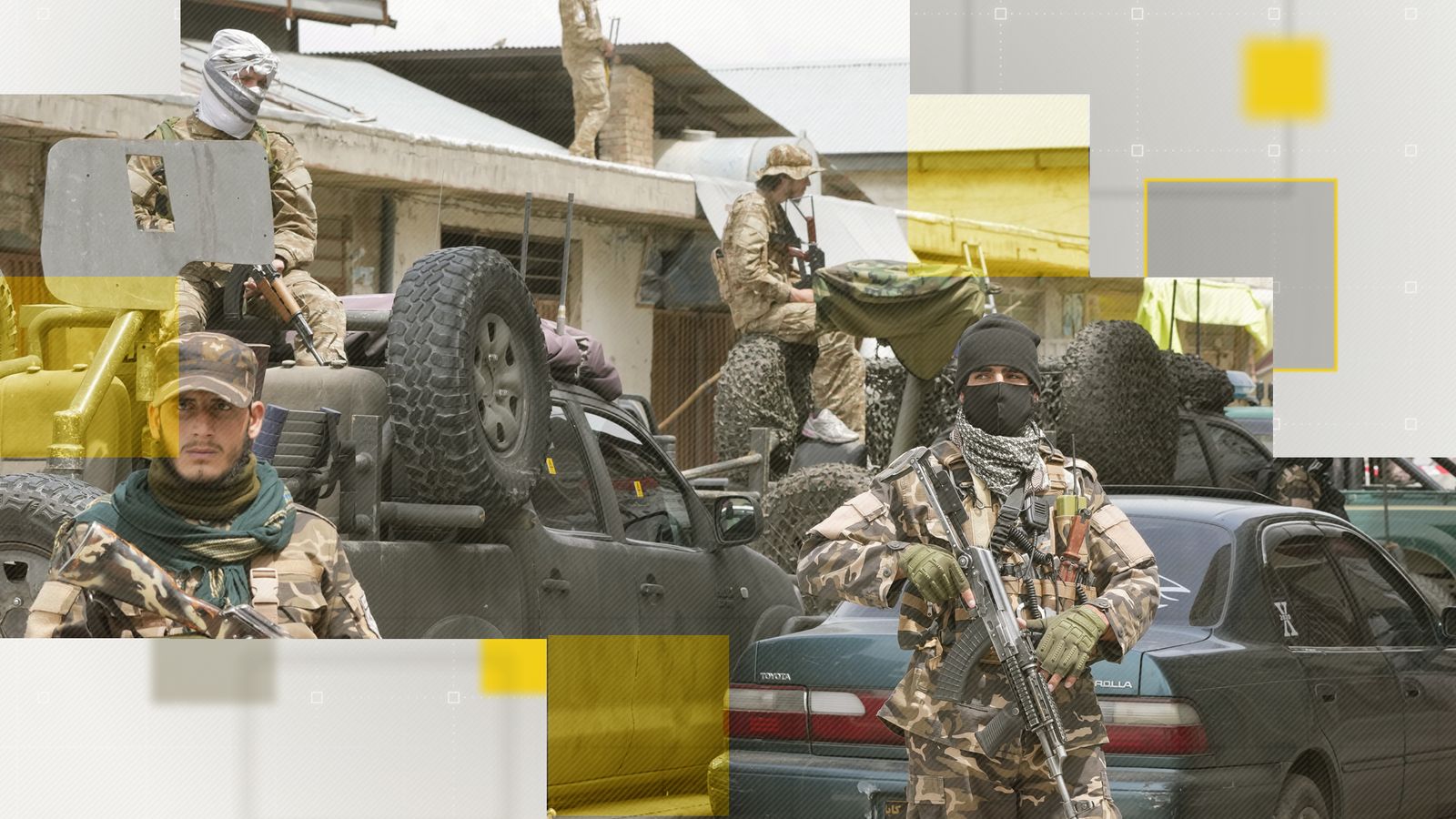 Ten months after the Taliban took power in Afghanistan and promised “amnesty for all”, data suggests they are the largest perpetrators of violence against civilians in the country – killing at least 341 people.

Since 15 August 2021 – when the capital Kabul fell – the Armed Conflict Location and Event Project (ACLED) has recorded 818 incidents of violence involving civilians – and over half of them were allegedly carried out by the Taliban.

Habib Khan, founder of Afghan Peace Watch that works with ACLED to track political violence, said the figure could be even higher.

He said: “We believe that most of the violence we have coded in the unidentified armed groups category (35% in total) is perpetrated by the Taliban.”

Due to limited sources, Mr Khan’s team classify these incidents as conducted by unidentified groups.

Mr Khan said “despite the amnesty, the Taliban is systemically targeting former members of Afghan national defence and security forces”, as well as women, activists and journalists.

There are a small number of videos and pictures of these incidents, but they are too graphic to publish.

Violence against civilians has been recorded across Afghanistan since the Taliban took control.

This can be mapped. Each red dot is a location. The larger the dot, the more recorded incidents.

Afghanistan’s capital Kabul has the highest recorded number of incidents, totalling 138 since the Taliban took control.

On 14 May, a businessman was shot and killed by the Taliban at a checkpoint in the Khair Khana area of Kabul.

Many of these violent events have targeted women. On 12 April, a group was beaten by the Taliban in Lashkar Gah, Helmand.

Eyewitnesses claimed that the women were beaten due to the clothes they wore and for being unaccompanied by a man, which was a rule recently introduced by the Taliban.

A month earlier, one woman was killed, and others injured after the Taliban opened fire at a civilian vehicle after it failed to stop at a checkpoint in Kandahar. The group was reportedly out food shopping.

In Herat on 21 February, the Taliban opened fire at a vehicle and killed the three civilians inside, including a former police officer.

It is not just the Taliban

Some of the attacks by unidentified groups have occurred in areas of Afghanistan that the Taliban is in full control of, such as the south. It is possible they are groups linked to Islamic State or other armed factions.

Khan’s team has observed Islamic State “stepping up attacks” in eastern and northern Afghanistan. The group has carried out several bombings and attacks since the Taliban took over, killing at least 377 civilians.

While Islamic State is recorded to have killed more civilians than the Taliban, almost half of the figure comes from the attack on 26 August 2021 at Kabul airport that killed 170 civilians. The Taliban has also perpetrated seven times as many acts of violence against civilians.

The number of events in which civilians have been the victims of violence in the country has overall declined since the Taliban came to power. But this is mostly due to the end of the conflict which began in 2001, and with it a decrease in wartime violence such as shelling, airstrikes and IEDs.

The nature of violence recorded in Afghanistan is now that of predominantly targeted violence against individuals and groups.

Dr Roudabeh Kishi, director of research and innovation at ACLED, said “we’re seeing much more kind of direct targeting (of civilians), whether it’s by the hands of the Taliban, which much of it is, but also the Islamic State and unidentified armed groups”.

In a recent report, the Foreign Affairs Committee warned the Taliban have been carrying out targeted killings and attacks. The Foreign Office has also said there is “limited evidence” that the regime is responding to international pressure on human rights.

In response to the new data, a spokesman for the Taliban told Sky News: “We are protecting honour, property and life of the people. We don’t commit any violations against them. Why we should? They are our people.”

The Data and Forensics team is a multi-skilled unit dedicated to providing transparent journalism from Sky News. We gather, analyse and visualise data to tell data-driven stories. We combine traditional reporting skills with advanced analysis of satellite images, social media and other open source information. Through multimedia storytelling we aim to better explain the world while also showing how our journalism is done.