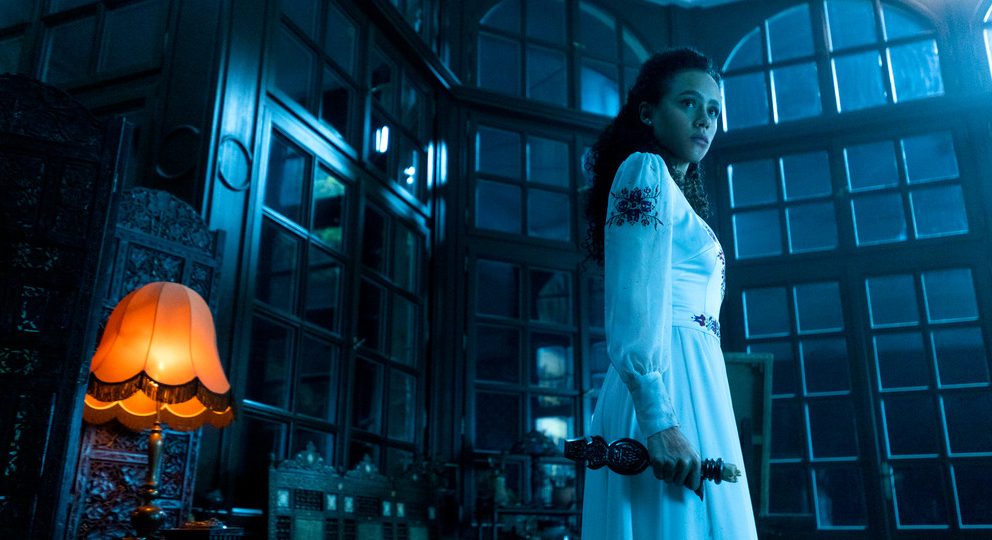 SATURDAY AM UPDATE: The bowels of the summer box office have been reached, with Sony’s new C CinemaScore horror movie The Invitation leading with $6M-$7M at 3,114 theaters. Like the late Andy Rooney, I get a lot of mail from sources. But in this instance, it’s about why it’s important to be gentle when covering the box office: We’re still in the pandemic, we’re not back yet, it’s not good for our business to be nasty, blah blah blah.

However, simply putting random movies in theaters without any great P&A spend doesn’t do the box office, or exhibitors, any favors. This weekend will rank as the lowest-grossing weekend to date of summer, with an estimated $54M for all titles (some even have it lower). If it makes anyone feel better, it’s not the worst weekend of the year. That belongs to Jan. 28-30, when all titles made $34.9M, per Box Office Mojo.

On some level, I get it: It’s late August. A majority of kids are back in school (Comscore says 32% K-12 were out yesterday, with 38% colleges on break), and Sony traditionally has had a horror film during this latter part of the summer. Don’t Breathe was a wonderful hit for them back in late August 2016, opening to $26.4M and ending its run at $89.2M.

But let’s be honest, the more you spend, the more you gross. True, the diagnostics here on this period vampire thriller at a 29% critical rating on Rotten Tomatoes and 53% audience score doesn’t warrant a studio to spend wads of cash to open it. But we’ve seen Sony do better with less: Their August 2018 movie Slender Man, which had a D-, 8% critic score, and 17% audience on RT, opened to $11.3M and had a 2.7 multiple for a $30.6M domestic end game.

Social media chatter on The Invitation wasn’t horrible at mixed-leaning positive, according to RelishMix, with “fans comping and calling-out Vanilla Sky, Ready or Not, Twilight, Meghan Markle and Jordan Peele films, too. Chatter wonders how these ingredients look right for a wild date-night vampire outing.”

Let’s get away from the pandemic excuse that people don’t want to go back; it’s simply about product. Disney proved that last year by opening a Marvel movie over Labor Day weekend with Shang-Chi and the Legend of the Ten Rings to holiday record results of $94.6M. Great movies will get people out at any time of year.

Yes, theaters need that, that being product. But let’s put some umpf behind it if we’re serious about the theatrical window and the longevity of this part of the business. What’s sad as exhibitors’ Covid bailout money runs out is they’re desperate for anything, and are powerless when it comes to a major studio dictating that the first big franchise title of the summer, Halloween Ends, goes theatrical day-and-date. Let’s not be morons, that maneuver will siphon grosses. Enough of this widest audience crap between streaming and theatrical. Peacock is starving for paid subs.

It’s not like the PG-13 rated The Invitation is some older-skewing movie: It’s aimed right at the 18-34 crowd who’s attending movies right now, that demo repping 57% of the pic’s ticket buyers to date. Like the run-of-the-mill PG-13 horror title, The Invitation skewed more female at 57%. Those under 35 repped 70% of the crowd with diversity demos showing 44% Caucasian, 23% Latino and Hispanic, 18% Black, and 15% Asian/other. The Jessica M. Thompson-directed movie was accepted the most on the coasts and in the South. Seven of the top ten runs were in LA, which leaned toward Latino and Hispanic moviegoers.

And not to pick on Sony, but of late, yes, you, Lionsgate, are guilty of shortchanging P&A on YA film Fall, which opened to $2.5M, and stands at $5.9M, and with diagnostics of 74% critic reviews on RT and 78% audience score, along with B CinemaScore. With results like that, there seems to be money left on the table there. That pic could have potentially grossed more. In sum, let’s stop with the cutesy economic slide rule games at the box office, and how we’re profiting off less B.S., and really commit to theatrical. Can we do that, studios? Obviously, if it’s a bad movie, send it to to the home market, just like they used to do with movies like The Last Seduction II. Sending terrible movies to the home market isn’t some brand new business model.

Given the lack of product this weekend, MGM/UAR went significantly wider than anticipated on George Miller’s Cannes Film Festival premiere 3,000 Years of Longing, which, off of a 67% Rotten Tomatoes and B CinemaScore, is opening to $2.9M at 2,436 theaters. Guys actually showed up for this Idris Elba-Tilda Swinton genie romance, with 51% between 17-34, and 48% over 35. Diversity demos were 55% Caucasian, 16% Latino and Hispanic, 13% Black and 16% Asian/other. Pic’s ticket sales are from the big coastal cities, with AMC and Alamo owning the top ten runs.

But, hey, Amazon, why aren’t going wide on a Sylvester Stallone movie? When are you guys going to grow up, realize you bought MGM and start releasing wide theatrical titles and reporting box office? I mean, like the tentpole kind of ones!? Cherish and behold the theatrical studio you bought, don’t squander it!

Why in God’s name is the movie direct to service? The last Stallone movie Rambo: Last Blood opened to $18.8M. That’s a diamond mine by pandemic box office standards. I agree with Warner Bros Discovery Boss David Zaslav on this one: Why are you shedding the patina (and future ancillaries) of a theatrical movie by sending it straight to homes? Did it occur to you that perhaps more toilet paper could be sold off a title with a theatrical window than merely dropping it on the service? I mean, you have the billion-dollar cost of Lord of the Rings: The Power of the Rings series next weekend (the rights alone were scooped up by the streamer for $250M). That alone should trigger an early Christmas season for the marketplace site. On Rotten Tomatoes, audiences love Samaritan at 82%.

RelishMix noticed the online convo for the film, and believes Samaritan coulda been a contender at the box office, with fans expressing “absolute adoration for Stallone, everything that he represents in the film industry, and the heroic characters that he’s played,” to those who “are also intrigued that this aging superhero project is not a Marvel or DC production and that in of itself has fans interested in a unique way.”

The objective is to get people to leave their homes, not stay at home.

Top ten films for the weekend: