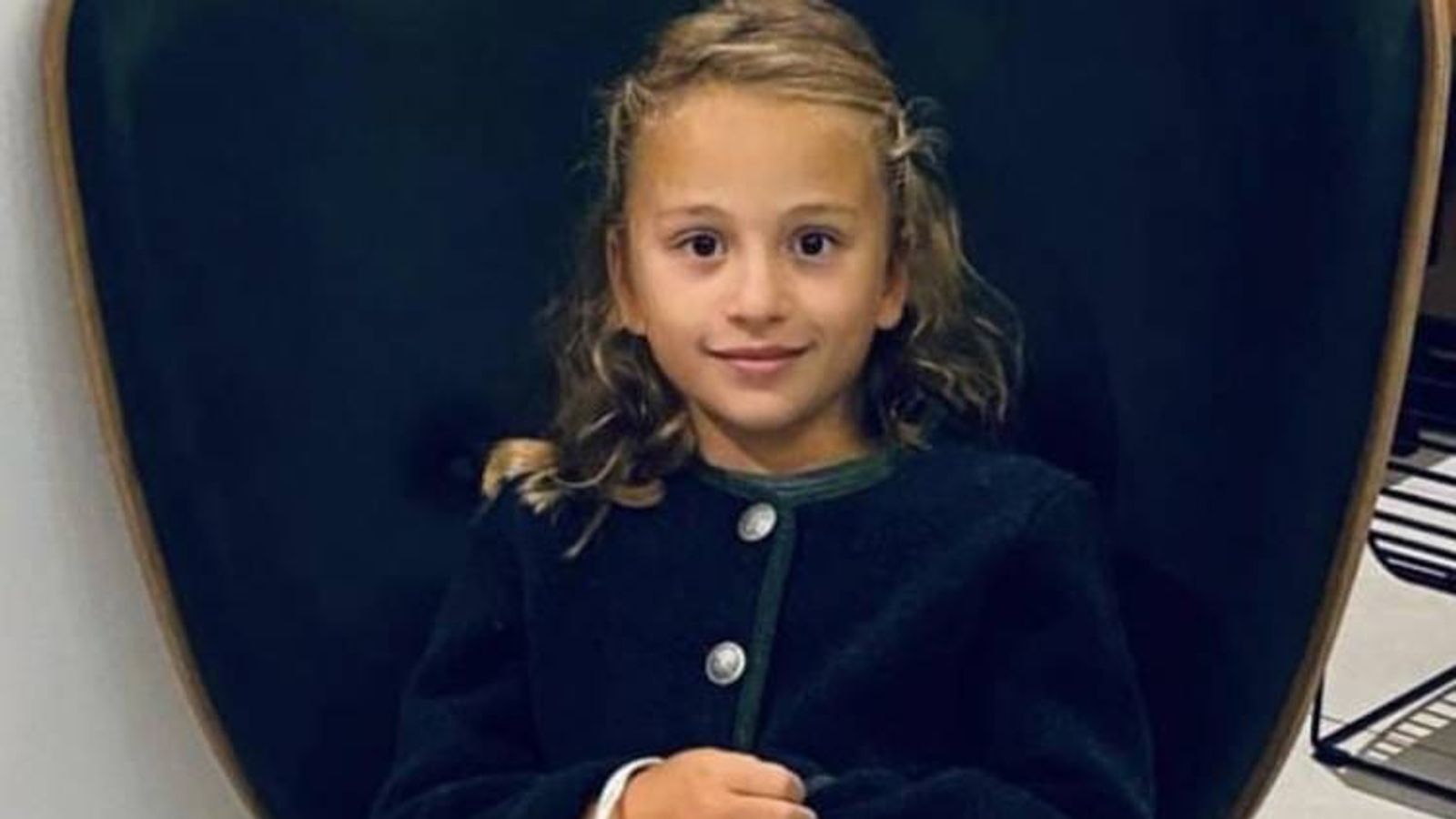 A seven-year-old girl on holiday with her parents in Germany has died after a marble statue collapsed on her.

Lavinia Trematerra, from Italy, was struck by the object weighing around 200kg (440lbs) in the courtyard of a hotel in Munich on Friday evening.

People at the scene were able to free the child and call the emergency services.

But she was seriously injured and died later in hospital.

Investigations are under way to find out the cause of the incident.

The statue was not attached to the ground and fell on top of Lavinia while she was playing, according to the Italian news agency Ansa.

The girl’s mother, Valentina Poggi, said in a tribute on Facebook: “You are and will always be our angel. Love of our life.”

Her father, Michele Trematerra, said: “Our life has changed.”

Both parents are lawyers in Italy.

Munich police said: “On Friday, 26 August, 2022, at around 7.30pm, a child from Italy who was on vacation with her parents was in a courtyard of a Munich hotel.

“For reasons that are still unclear, a stone statue weighing around 200kg fell over and seriously injured the child.

“A scream made several people aware of the situation and they were able to free the child. An emergency call was then made.”

The force added: “The child was taken to a Munich hospital by ambulance, where she later succumbed to her injuries.”