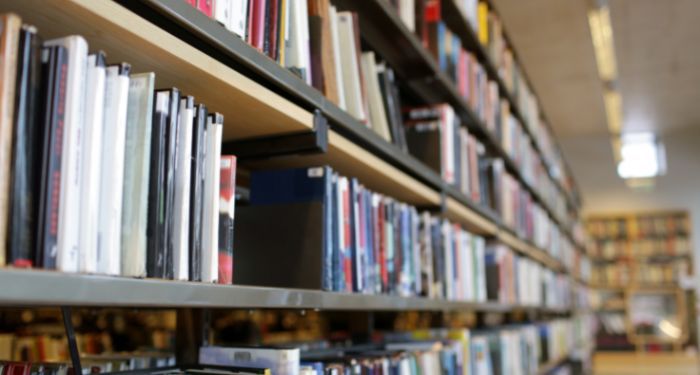 As students go back to school, a host of new laws in Florida will change the access they have to books in their classrooms and libraries. Florida is the epicenter of Moms For Liberty, who have been instrumental in book bans across the country and have developed their own home-grown system of book ratings. It comes as little surprise the group has had tremendous influence in the state, alongside other “parents rights” groups like Florida Citizens Alliance.

It is, however, the few speaking on behalf of the majority in each and every one of these cases. While Moms and similar groups have been vocal and have made major moves enacting book bans, their new policies are not popular. Several school districts in Florida have implemented new systems that require parental opt-out or parental opt-in to accessing material in schools–including the ability to borrow materials from school libraries. What follows is a look at the landscape of those systems and a look at just how many parents are exercising their new rights to censor materials for their kids.

Choosing public education is choosing access to a diversity of opinions, insights, educational opportunities, and books. What’s clear is that most parents are aligned with just that. Groups like Moms and others do not speak for the majority of adults who want to give their students (and their students’ peers) access to material.

This information was collected and shared by Jen Cousins and Stephana Ferrell of the Florida Freedom to Read Project. They have been doing tremendous anti-censorship work on the ground in Florida.

Flagler County has been one of the most brutal battlegrounds for book bans over the last year, and it has included a criminal complaint to the Sheriff’s Department by a school board member against the book All Boys Aren’t Blue. The book is available in the school now through their opt-out strategy, and the school board member was voted out of her seat in the recent election.

The district has about 13,000 students, and a whopping 19 kids have been restricted from library materials; 5 at level 2 (parent selects up to five books to restrict) and 14 at level 3 (no library access). That comes out to .15% of the student body without full access to the library.

Where other schools have been opt-out for access to a selection of books, Indian River’s new policy differs in that all parents have to designate their student’s borrowing privileges: full access, restricted from titles selected by the parent, or complete opt out of the library. Parents need to fill out the form before kids have check out access to materials, and as of now, only 23% of students have forms on file.

These forms, which determine whether or not students can check out books in the school library, put students in a holding pattern. They may enter the library and may browse the library, but they are unable to actually borrow anything until the form is completed. This means as of writing, 23% or fewer students in the district can actually use the library as a library (and if the percentages here are anything like the other counties, it’s likely a small percentage of students whose parents have opted to “exercise their rights” and deny them book privileges). Those whose parents have opted them out cannot access the library at all.

This district has roughly 60,000 students and currently has a .46% restriction rate to materials. Only 268 students are unable to access every book on the shelf while 4 students are opted out completely from their school libraries because their parents do not believe they should be able to read or borrow them.

Florida’s 7th largest district in a reliably republican area has made access to 16 library books opt-out as well as implementing a three tiered system. While the district initially planned to make the reviewed books opt-in, they reversed course and instead will allow parents to revoke access to those books for their kids if they so choose in addition to allowing parents to select other titles for restriction or opt their students out of the library entirely.

The district, which has roughly 110,000 students, has had under 160 parents that chose to restrict library access. That is .14% of the student body whose parents decided they cannot read any book they choose in the library.

The Florid Freedom to Read Project is working to find out what the rates of parents withholding access to books is in other districts around the state, but one thing is clear: no matter how much book censors claim they speak on behalf of all parents and that parents have rights to determine what their children read, the fact of the matter is, their efforts are yielding most media attention than actual action by parents. The numbers do not bear out.

What’s most unfortunate are the students caught in the middle and who do not have access to their school’s full catalog of material because of a minority of adults. In Indian River, for example, the default is students do not have the ability to borrow books from their libraries; until their parents file the confusing paperwork–which includes several “levels” of access–they are limited in what they can use their school library for. That means 3/4 of the student body is currently unable to check out materials. A month into the school year, most students cannot borrow books from the library because their parents have yet to fill out the form. Chances are, most of those parents do not realize there is a form to fill out because they aren’t trying to revoke access.

Complicating matters further are classroom libraries, which some teachers are now creating their own permission skips for as well. The paperwork creates confusion for parents and further ensures students are not given access to the full range of educational materials available to them in schools; to learn to think for themselves, access to all should be default so they can determine what they do and do not agree with.

Despite how clear it is that book banning and restricting access to libraries are not popular, ultraconservative and primarily white “parents rights” groups continue to fight for their right to speak on behalf of everyone within a community. The numbers in Florida show both how unpopular these demands are and how they’re creating massive confusion and inequalities between, among, and even within districts.

Most parents do not want their kids’ access to books and their school and classroom materials revoked. Most want their kids to think for themselves and take advantage of what the public school system has to offer: space to grow, to be challenged, to encounter differing viewpoints, and to learn how to navigate those things.