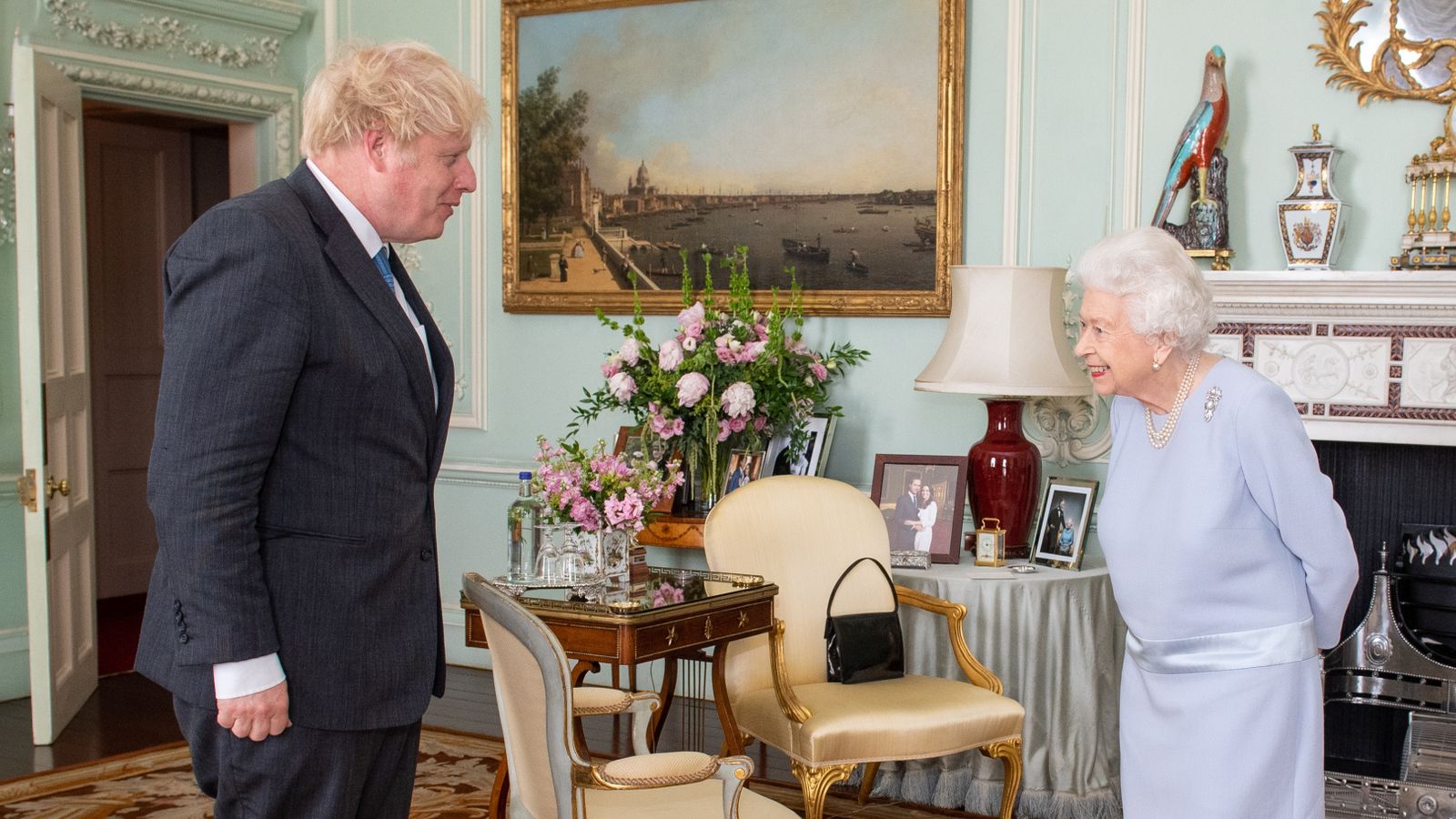 The Queen will receive the new prime minister at her Balmoral estate in Scotland for the first time in her long reign.

Her Majesty will meet either Liz Truss or Rishi Sunak on 6 September, a day after one of them is announced as the winner in the race for 10 Downing Street.

She would normally appoint prime ministers from Buckingham Palace or Windsor Castle.

However, the 96-year-old monarch has been advised to remain at her Balmoral residence in Aberdeenshire, where she is enjoying her summer holiday.

Whoever wins, they will become the 15th British prime minister appointed by the Queen, who first confirmed Sir Winston Churchill into office in 1951.

It will be from there that she will install either Rishi Sunak or Liz Truss as prime minister on 6 September, breaking years of royal precedent.

On Wednesday, a Buckingham Palace spokesperson said: “The Queen will receive Prime Minister Boris Johnson on Tuesday September 6 at Balmoral, followed by an audience with the new PM.”

It is understood the decision was taken early to provide certainty for the prime minister’s diary.

If the Queen had experienced a mobility issue next week, and London or Windsor had been chosen, then alternative arrangements would have been needed, possibly at the last minute.

Regarding Her Majesty’s health, Sky’s Scotland Correspondent, James Matthews, tweeted: “The Queen has been seen at Balmoral recently looking “remarkably well” according to observers, albeit with reduced mobility.

“Using stick on rough ground, but without whilst walking the corgies. Picnicking with lady in waiting at her mother’s fishing lodge.”

Since last autumn, the Queen has suffered with mobility issues and now regularly uses a walking stick.

This year, she has been forced to cut several official engagements short, and notably missed much of her Platinum Jubilee celebrations, only appearing briefly on the palace balcony.

It’s a huge break with tradition, albeit not entirely surprising.

For a couple of weeks there have been mutterings that Boris Johnson and his successor may be making their way up to Balmoral, the Queen is after all on holiday in Scotland.

But for the monarch, duty always comes first, and she would have travelled down to London if she could.

I understand it’s not specifically because of doctors’ advice that the audiences are happening north of the border, but more a sense that the palace is being practical.

They wanted a plan they could stick to and didn’t want to have to add any unnecessary last minute logistical changes if the Queen suffered one of her episodic mobility problems.

She may be central to the handover ceremony, but the day is not all about her.

Her advisors of course will be aware of the optics of all this.

It raises questions about whether it even makes sense for an outgoing and incoming PM to travel when we talk so much about politicians, the royals and unnecessary air travel in the context of the climate crisis.

But also the fact that again it brings a focus on to the Queen’s health.

It will be interesting to see if she feels able to make it to the Braemar Games on Saturday, just up the road from Balmoral Castle, before carrying out that vital constitutional role on Tuesday.

In June, she missed Royal Ascot for the first time since her coronation, with the Duke of Kent taking her place in leading the royal carriage procession.

She also contracted COVID-19 back in February, and later spoke about how it left her feeling “very tired and exhausted”.

The winner of the Tory leadership contest to succeed Boris Johnson is set to be announced on Monday 5 September.

His successor will then travel to Balmoral to be officially appointed by the Queen the following day.