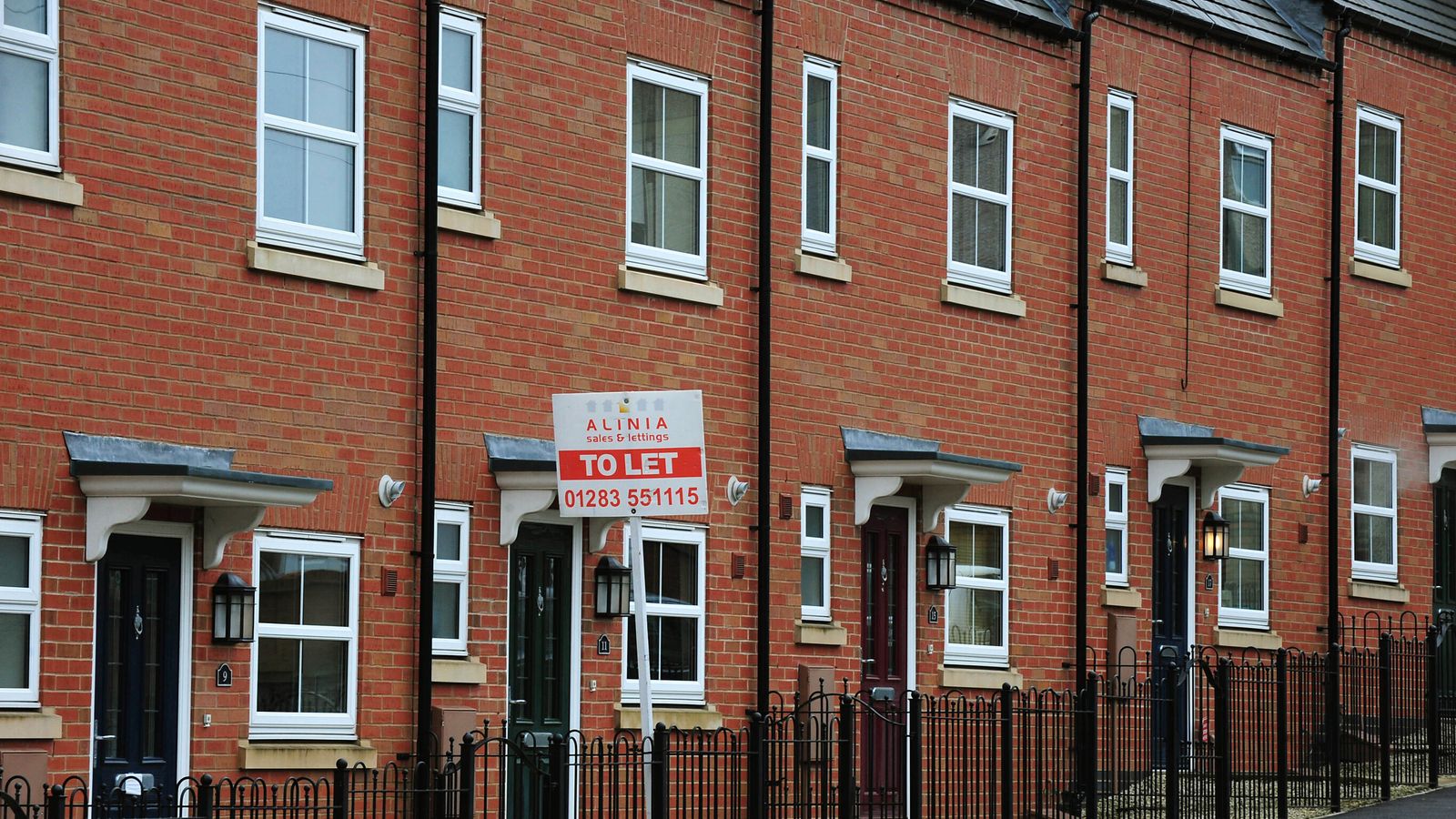 House prices will stall next year due to inflation and rising mortgage rates, but there will be no relief for renters, according to estate agent Hamptons.

Prices are expected to be unchanged in the fourth quarter of next year compared with the same period in 2022, amid pressure on household incomes.

Fewer mortgaged buyers and first-time buyers will see sales drop before a “year of recovery” in 2024 brings prices up 2% in the fourth quarter compared to the same period in 2023.

Hamptons predicted that the Bank of England’s base rate – currently 1.75% – will peak early next year before falling slightly towards the end of the year or early in 2024, easing mortgage costs.

The following year, 2025, will “mark the beginning of a new cycle as the base rate returns to its new normal”, the report said, adding that this was likely to be around the current rate.

Read more:
UK house price growth holds steady – but warning of sharp fall ahead
Is now a good time to buy a house?
Which areas in England are worst affected by the housing crisis?

Over the same period, rental growth is expected to outperform house price growth, with rents rising 5% annually next year and in 2024, before slowing slightly to rise 4% in 2025.

The report said: “Lower rental yields in London will make it harder for landlords to absorb rising costs than their counterparts in the North.

“This is why we think the supply of rental homes in the capital looks set to shrink further, pushing up rents.”

Aneisha Beveridge, head of research at Hamptons, said: “With more stringent affordability testing in place since the financial crash and a record share of outright homeowners, we’re likely to see fewer repossessions and forced sales which were a key driver of house price falls in 2008.

“Low-yielding landlords are the group most likely to sell up as they come under pressure from rising mortgage costs and new legislation.”