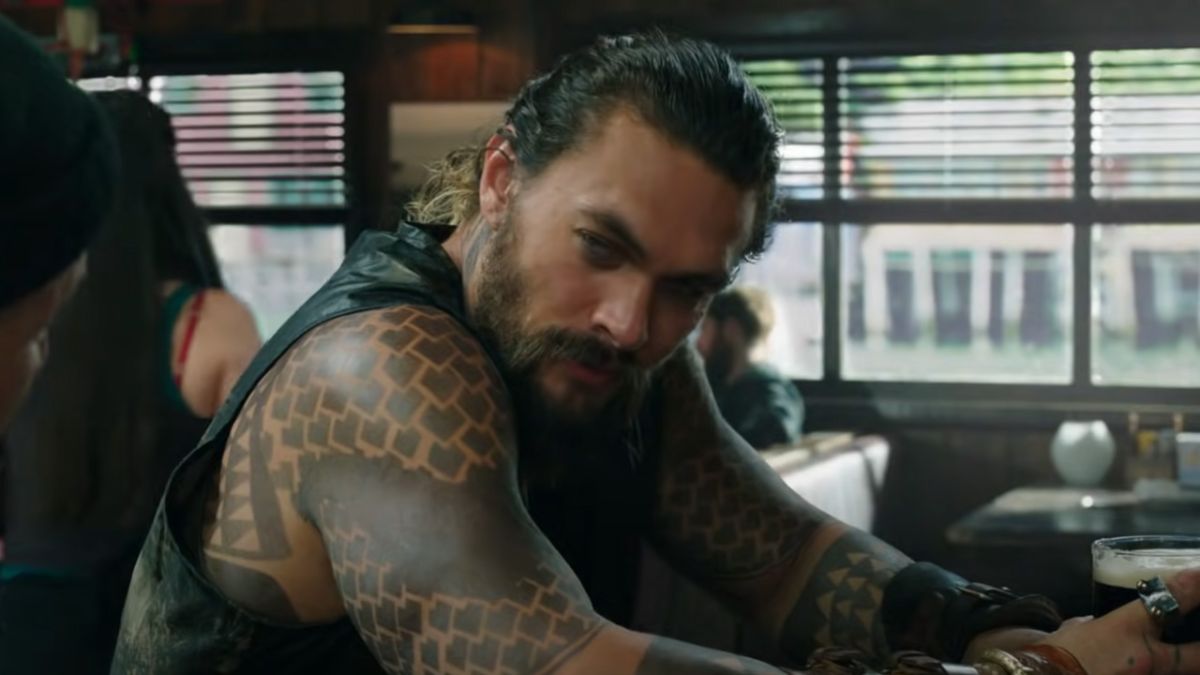 Celebrities have a platform for activism by virtue of their fame and Jason Momoa is one who has never been afraid to use it. He’s been very active in the various causes he believes in, matching his words with action. His new action, however, is likely to surprise a lot of people, as it will literally change the way they see him. Jason Momoa has cut his hair in an attempt to bring more attention to the amount of single use plastic that the world wastes.

Jason Momoa took to Instagram mid-haircut to tell people to try and stop using single use plastic items, as so many of them end up in our oceans. The actor even shows off some of his long hair that had already been cut, and we’re treated to the Aquaman actor’s shocked reactions to feeling the wind on his head in places he hasn’t felt it in years. Check it out.

Cutting one’s hair may not seem like that big a move but Jason Momoa has had his long hair for a very long time. It’s the only way that the public knows him, and so getting it cut is going to cause people to notice. Anytime people see the new Jason Momoa, and wonder why he cut his hair, they’ll learn it was to bring attention to an environmental issue, and he will then have succeeded in doing so.

Jason Momoa has been rallying against single use plastic for years. Back in 2019 Momoa gave Chris Pratt a hard time on Instagram for being filmed with a single use plastic water bottle. It’s just one of the issues that matter to the actor. Momoa protested the building of a new telescope in Hawai’i in the summer of 2019 due to the damage it did to a mountain that was seen as sacred by many of the native inhabitants.

We don’t really see what Jason Momoa looks like after the haircut is done. One can only imagine that he’ll look radically different. Even if simply growing the hair back was what Momoa planned to do, that will certainly take time, so we’ll likely see a new Momoa with short hair on screen in some future rolls, unless he plans to don wigs instead. One hopes Fast X won’t require reshoots for Momoa’s villain. Maybe Aquaman will decide to cut his hair for future appearances as well.

Jason Momoa cutting his hair probably won’t lead to a massive drop in single use plastic items being consumed, but maybe it will cause some people, maybe even a lot of people, to use them less often. That’s not going to save the world by itself, but it’s also not nothing. If that happens then Jason Momoa saying goodbye to his hair will have been worth it for him.