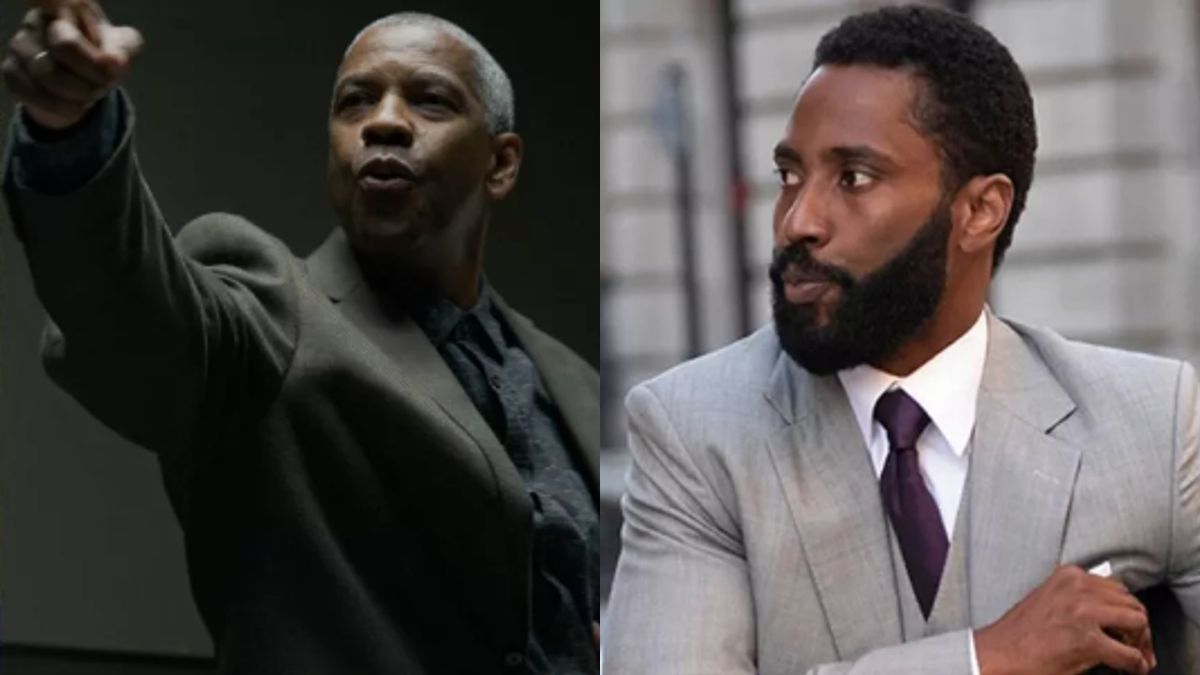 John David Washington’s acting career started in 2015 when he had a role in the HBO drama series Ballers. With his Oscar-winning father Denzel Washington being in the acting world for 40 years longer, people can’t help but constantly make comparisons. Luckily, the 38-year-old isn’t “worried” about what his father thinks of his acting, and he has shared a major life lesson the Philadelphia actor taught him that influenced his career.

The Tenet star will soon be making his Broadway debut in August Wilson’s The Piano Lesson, and he is attached to the film adaptation that is being produced by Denzel Washington as well. It looks like the son taking after his in that Denzel Washington performed as the lead in August Wilson’s Fences during its 2010 Broadway revival being directing, producing, and starring in the big screen version released six years later. According to People, John David Washington was asked if he feels self-conscious with his father watching him act during a press conference promoting the play, and he said,

It’s a good sign that John David Washington would prefer to care more about his director’s notes than any his father may give him after his performance. While Denzel Washington has been in the biz for a few decades longer, his son needs to focus on his own career compared to thinking about being under the shadow of his famous dad. He just wants people to see him as “John David” compared to being referred to as “Denzel’s son.” A lot of actors – like Michael Douglas, Colin Hanks, Ben Stiller, Kiefer Sutherland, and more – have probably felt what he’s experiencing while trying to break out, and they’ve established their own identities through their stellar work.

While John David Washington may not think too hard about his dad when performing on stage, he still thinks about the strong advice given to him by his father that he carries with him in his career.

The Golden Globe winner is right about that. While failure may not be our favorite thing to experience in life, you’ll feel much better about your accomplishments when you rise above them.

Before becoming an actor, John David Washington had a brief football career playing in the NFL, NFL Europe, and United Football league. While acting was something the Malcolm & Marie actor always wanted to pursue, it was hard for him to chase that dream knowing it would come with being compared to his father. He even rebelled as a teenager by choosing a physical activity that allowed him to hide behind a helmet completely unrecognized while playing.

Once he accepted Denzel Washington for being the famous father that he is, John David Washington allowed himself to let go of the comparison and do what he enjoyed. And luckily, he never got the impression that nepotism played a role in the parts he earned throughout his career.

It appears that John David Washington has been able to create his own shadow instead of being under his famous father’s. Even if he doesn’t worry about what his dad must think of his acting, he’ll still carry a piece of Denzel Washington’s advice during auditions and his performances going forward.

You can see the BlacKkKlansman actor in The Piano Lesson revival starting on September 19 at the Ethel Barrymore Theatre in New York. Keep up with CinemaBlend’s new movie releases so you’ll be the first to know when its film adaptation will hit theaters.