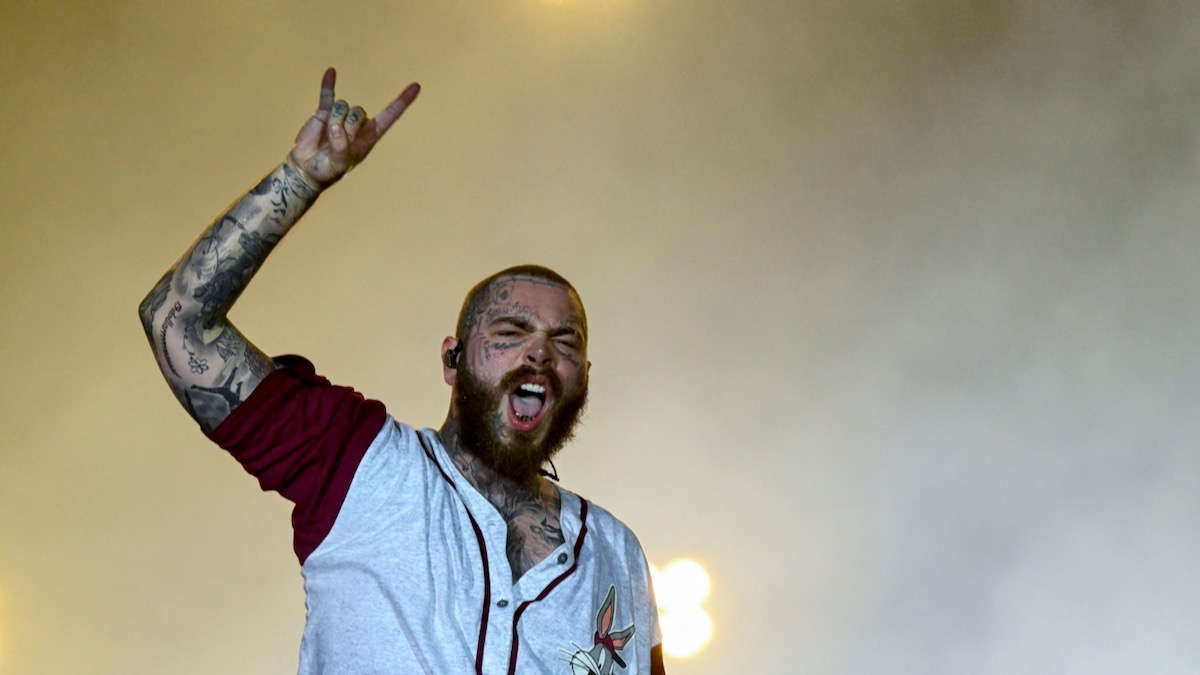 Since last year, Post Malone has performed at a smattering of festivals, but on Saturday (September 10th), the rapper played his first proper arena tour date in more than two years for the “Twelve Carat Tour” kickoff at Omaha’s CHI Health Center. (Grab tickets to upcoming dates here.)

And he was grateful. Every few songs, he’d pause to hoist another red Solo cup filled with beer — dutifully handed to him after nearly every song by a barely seen stagehand — and toast the audience with an f-bomb-filled thank you speech.

“Omaha, how the fuck are you feelin’ tonight? Holy fuck, man. Cheers to each and every single one of y’all motherfuckers,” he said. “I just want y’all to know how fucking grateful I am.”

In jean shorts, white sneakers and a black T-shirt depicting the flaming Eye of Sauron, Post Malone clutched a cigarette in one hand while he crooned the words to “Reputation” in a haze of fog machine smoke lit up by strobing lights.

A sold-out arena filled with 14,000 screaming fans greeted Post Malone as he strutted and shuffled up and down a forked stage, whose three long prongs extended the length of the arena floor. As he did on his last tour, he held the stage alone as he rapped and sang through hit songs such as “Sunflower,” “Rockstar” and “Circles.”

Eight of the night’s 22 songs came from his latest album, twelve carat toothache, and the tortured vibe was a dominant feeling for the night’s festivities. He smoked cigarettes. He played breakup songs. He was, at times, his expected goofy self, dancing and air humping with a broad smile on his face as fans cheered. But the pain and torture was on display, too — just like on the album, which shows Post Malone going through some shit.

Truss’s ‘favourite’ economist says chancellor ‘took his eye off ball’ and ‘overstepped the mark’ with mini-budget
M.I.A. Wants Us To Live Free on New Single “BEEP”: Stream
12 Of The Best Cheap Colognes That Would Fool Even The Best Fragrance Experts in 2022
Authors Who Made the Time100 Next List This Year
9 Of The Best Derma Rollers For Beard Growth and Health (Updated 2022)