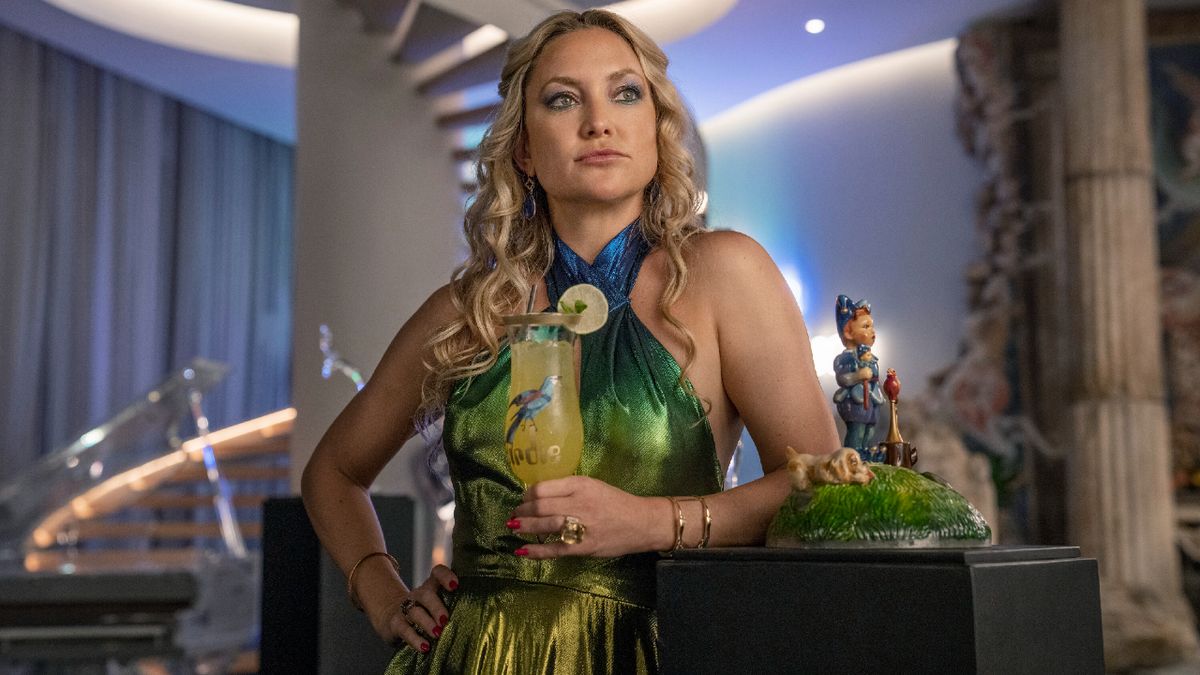 When she made her breakthrough role as Penny Lane in Almost Famous, Kate Hudson wasn’t the first person from her family to enter the entertainment industry. In fact, she’s the daughter of Housesitter actress Goldie Hawn and musician Bill Hudson, and the stepdaughter of actor Kurt Russell. Since articles have been rolling out recently about nepo babies — and New York Magazine dubbed 2022 “The Year of the nepo baby– the 43-year-old actress was asked about how she personally feels about the debate.

If you’ve haven’t been up on the conversation, a nepo baby describes a famous person who is assumed to be where they are in their profession due to relatives who paved the path for them. When Kate Hudson spoke to Independent about her take on the nepo baby debate as the daughter of famous parents, she had a candid response in regards to if she belonged in that category.

As she notes, in any business you’re in, connections tend to matter. With the entertainment industry as challenging and competitive as it is, having a relative make their mark first can work to your advantage. At the same time, being called a nepo baby can reduce a person’s accomplishments and talent. As the daughter of Some Like It Hot’s Tony Curtis and Psycho’s Janet Leigh, Jamie Lee Curtis was one of the first to sound the alarm on the nepo baby discourse, feeling that terms like that diminish a person’s talent. Johnny Depp’s daughter Lily-Rose doesn’t even believe herself to be a nepo baby. She noted a parent’s name is not all a person needs to break into the industry.

In Kate Hudson’s point of view, the actress said she felt directors and producers didn’t want to hire her for fear of the focus being on her parents. On the other hand, she didn’t think that her parents helped her get to where she is in her career today; for example, they didn’t push filmmaker Cameron Crowe to hire her for Almost Famous.

In her eyes, talent will always trump connections and Kate Hudson has got plenty of talent to share. Not only does she have the positively reviewed Glass Onion movie under her belt this weekend, she also plans on releasing an album. It’s no surprise the Academy Award-winner has decided to show off her vocal chops as she did in the musical drama Nine and Sia’s Music. The Raising Helen actress is who she is because of her work and not her famous parents. She only has herself to thank for her singing and acting talents.

‘Nepo baby’ trope or no, Kate Hudson should be celebrating her career this week after joining the cast of the Knives Out sequel Glass Onion, which is earning solid praise from Netflix subscribers post-release. You can watch her latest performance in Glass Onion: A Knives Out Mystery on your Netflix subscription.