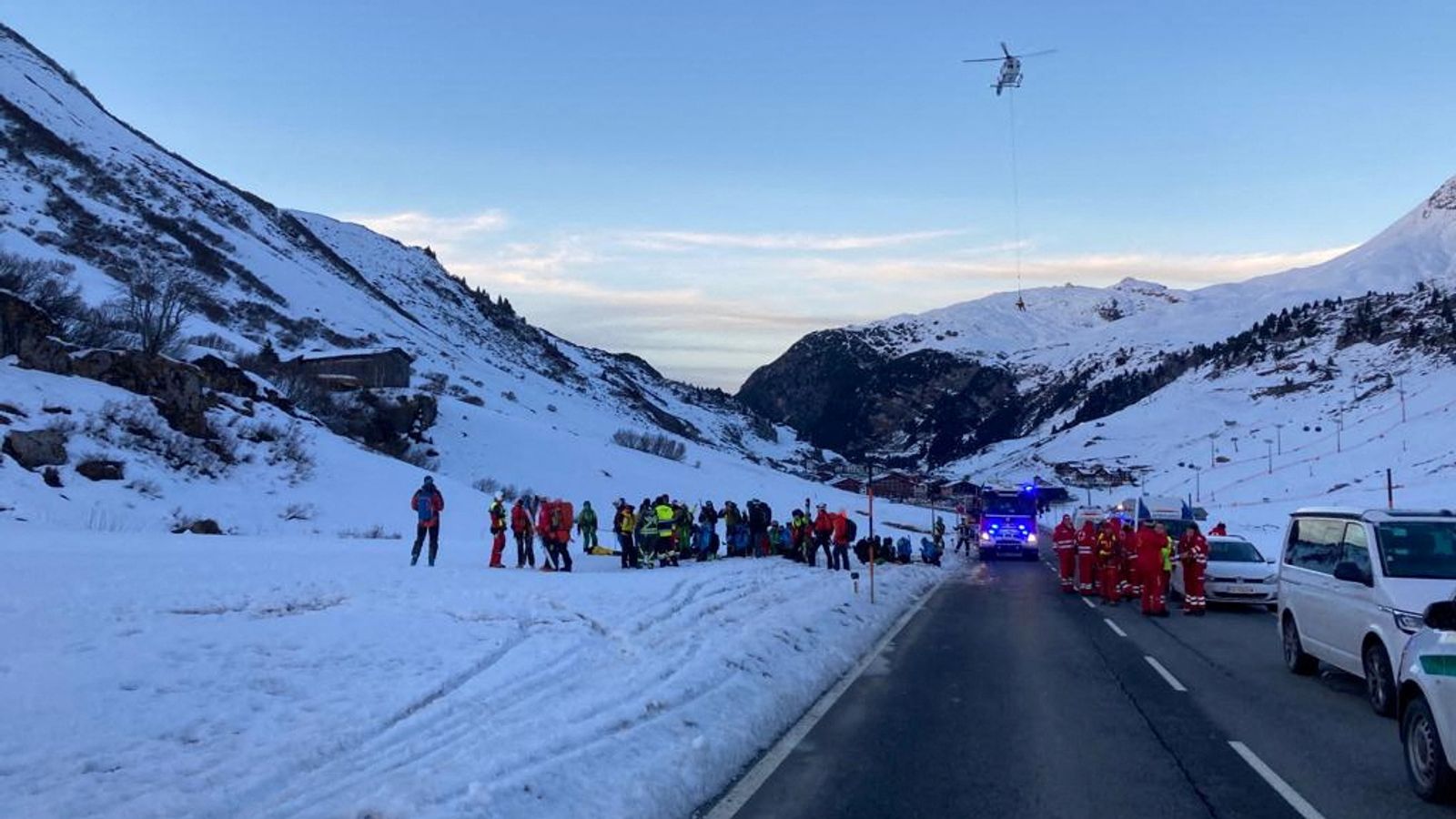 Rescue workers are searching for two people feared buried by an enormous avalanche in western Austria, local media has reported.

Initially up to 10 people were feared missing, based on video from a witness.

But eight of those individuals have since been identified and are alive, according to the dpa news agency, citing a spokesman of the rescue team. They are from Germany, Belgium, the Netherlands, the US, Croatia and Bosnia, tourism officials have said.

One person was recovered quickly, officials said. No further information is known at present.

About 200 rescue workers were searching the avalanche path near the upmarket Lech ski resort in the Arlberg region.

The avalanche struck on a face on the Trittkopf mountain between Zürs and Lech at about 3pm local time (2pm in the UK), with released snow tumbling as far as nearby ski runs, the Austrian Press Agency (APA) said.

Several helicopters and search teams soon raced to the site, it added.

“We are doing everything we can to rescue the winter sports enthusiasts,” APA quoted the municipality of Lech as saying.

The search would continue “all night if we have to”, Lech-Zuers tourism director Hermann Fercher said during an interview on ORF Austrian public television.

Searchlights were set up on the snow mass to continue the search after darkness fell, and dogs were being used to try to find the missing.

There are different types of avalanches, but they can be triggered by natural weather or temperature conditions or by people when they disturb unstable snow.

The Arlberg region in western Austria is famous for its ski and snowboard resorts.

Fans React to Harry Styles Winning Album of the Year Over Beyoncé at the 2023 Grammys
China threatens ‘further actions’ over US downing of suspected spy balloon
15 Types Of Socks For Men: Explore New Styles in 2023
Westminster’s ‘nepo babies’ are here to stay – whether we like it or not | Adam Boulton
Chinese spy balloon heading eastwards as US sec of state Blinken cancels visit