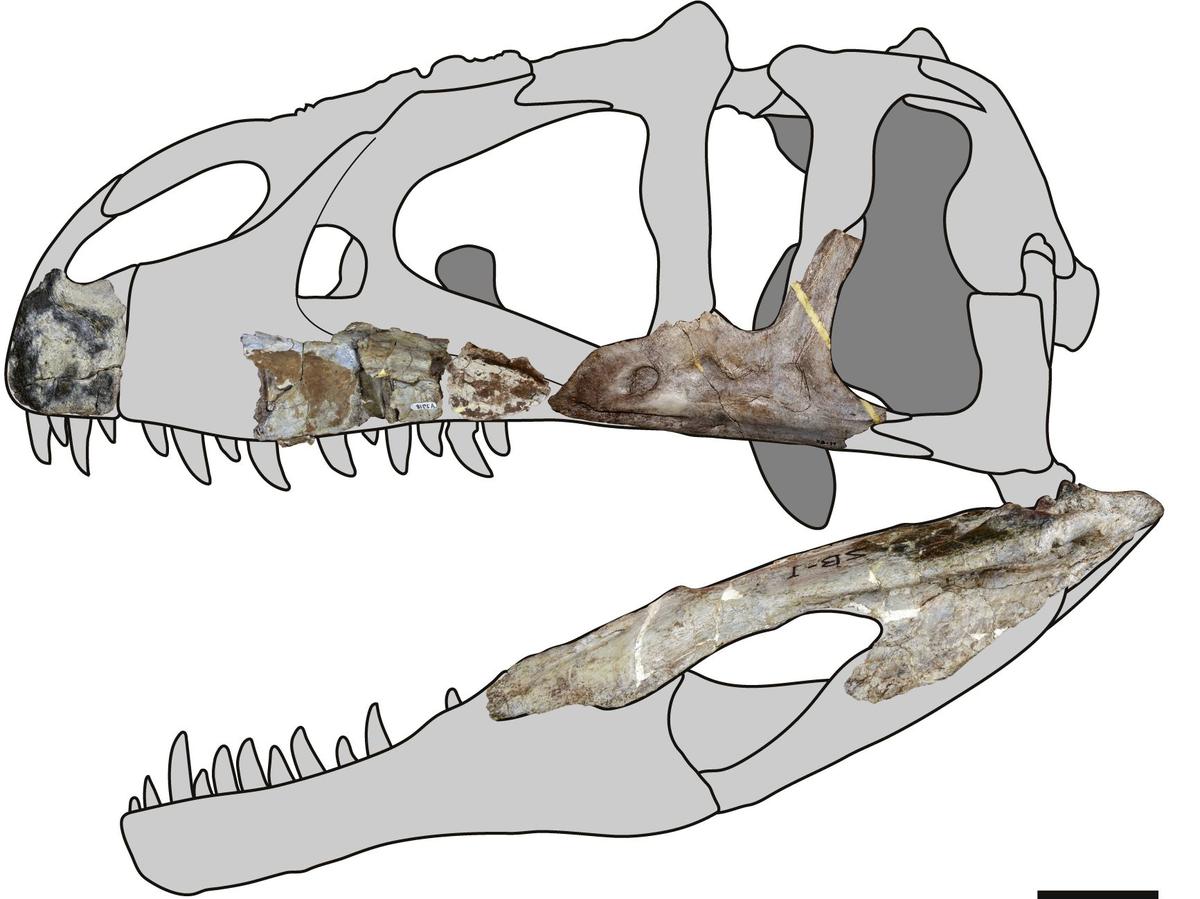 WASHINGTON (Reuters) – Fossils of a large carnivorous dinosaur that was a top predator about 115 million years ago have been unearthed in Thailand — a brute that was among the early members of an impressive group of flesh-ripping dinosaurs known for their shark-like teeth.

A reconstruction of the skull of the large meat-eating dinosaur Siamraptor suwati based on fossils unearthed in Thailand is seen in this image released on October 9, 2019. Soki Hattori and Duangsuda Chokchaloemwong/Handout via REUTERS

Scientists on Wednesday said the dinosaur, named Siamraptor suwati, was more than 26-foot-long (9 meters) long and weighed at least 3.5 tons. Siamraptor, the largest carnivorous dinosaur ever discovered in Thailand, lived during the Cretaceous Period in an environment centered on a meandering river system and preyed on plant-eating dinosaurs, the researchers said.

Siamraptor, meaning “robber from Thailand,” sheds light on the early evolutionary history of a dinosaur group known as carcharodontosaurs.

The group’s best-known member is Carcharodontosaurus – meaning “shark-toothed lizard” – a dinosaur that was among largest carnivores ever on Earth, living about 90 million years ago in northern Africa and reaching about 45 feet (13.5 meters) in length. The teeth of dinosaurs in this group boasted traits resembling those of a shark, enabling efficient flesh-tearing.

“The teeth of carcharodontosaurs, including Carcharodontosaurus, exhibit characteristic undulations of the surface along the margin of the thin, blade-like ‘shark-tooth.’ This feature is also observed in Siamraptor’s teeth,” Hattori added.

The earliest carcharodontosaurs are known from even-older fossils from Africa and Europe, leaving the researchers surprised to find an early member of the group in Southeast Asia.

The carcharodontosaurs are part of a larger dinosaur assemblage called theropods that encompasses all the carnivorous dinosaurs including the likes of Tyrannosaurus rex, which lived in North America at the end of the age of dinosaurs some 66 million years ago, as well as birds.

The carcharodontosaurs differed from some of the more heavily built theropods like Tyrannosaurus.

“They have a lightly constructed, narrow skull with horns or crests on their skull roof, and relatively robust forelimbs with three fingers,” Hattori said.

The study, part of a research collaboration called the Japan-Thailand Dinosaur Project, was published in the journal PLOS One.

The Half Life of Valery K
Cloud stocks are rallying after a punishing start to the year as 2022 outlook brightens
How To Find and Develop a Local Anti-Censorship Group: Book Censorship News, August 12, 2022
NTPC Lowers Carbon Footprint; Plans Projects to Light Up 2 Lakh Households, Reduce CO2 Emissions
Starmer insists his ‘radical’ energy plan is ‘real answer’ to crisis