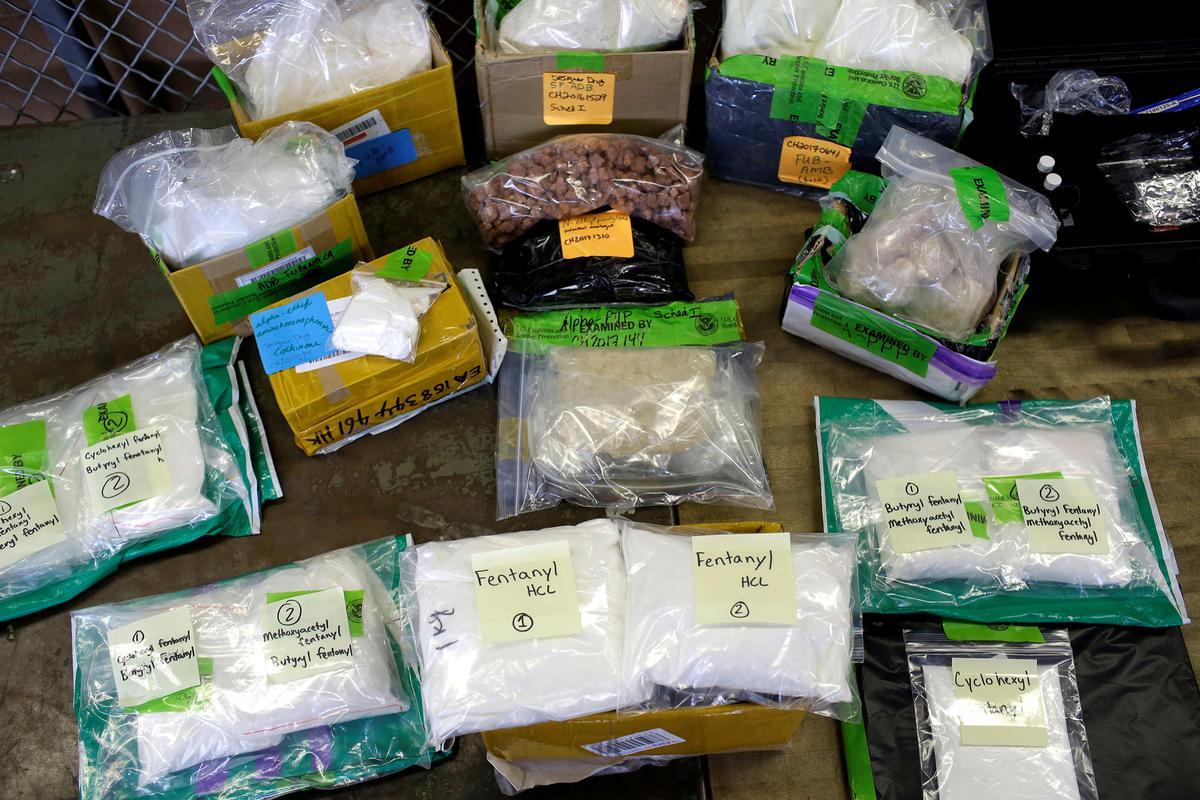 BEIJING (Reuters) – Drug law enforcement officers from China and the United States will jointly brief the media on Thursday on a fentanyl smuggling case, in an unusual disclosure of rare Sino-U.S. cooperation in cracking down on fentanyl crimes.

China’s National Narcotics Control Commission and enforcement officers from both countries will give “detailed information” at a press conference in Xingtai city in northern Hebel province about a fentanyl smuggling case that was jointly uncovered by both sides, according to a notice circulated by the State Council Information Office.

Reporters will also be able to view a live broadcast of the trial at the Xingtai court, before the press conference.

Fentanyl is a cheap, relatively easy-to-synthesize opioid painkiller 50 times more potent than heroin that has played a major role in a devastating U.S. opioid addiction crisis.

U.S. President Donald Trump accused Chinese President Xi Jinping in August of failing to meet his promises to crack down on the deluge of fentanyl and fentanyl analogues flowing into the United States. China labeled that “blatant slander”.

The dispute over fentanyl comes with the United States in the middle of a major trade dispute with China.

China’s National Narcotics Control Commission said in September that Sino-U.S. cooperation on investigating and prosecuting fentanyl-related substances was “extremely limited”, even though counter-narcotics law enforcement departments from both sides had long maintained a good cooperative relationship.

The sudden show of cooperation announced on Tuesday coincides with intense bilateral negotiations over a phase-one trade agreement which Trump said he hoped to sign with Xi.

Elon Musk challenges Twitter CEO Parag Agrawal to a debate on bots
Lib Dems call for parliament to be recalled to pass bill scrapping rise in energy price cap
Frank Ocean Is Selling Gold and Diamond Cock Rings
A Lady for a Duke
Digital Tool Shown to Be Effective in Helping People Reduce Alcohol Intake on Their Own: Details