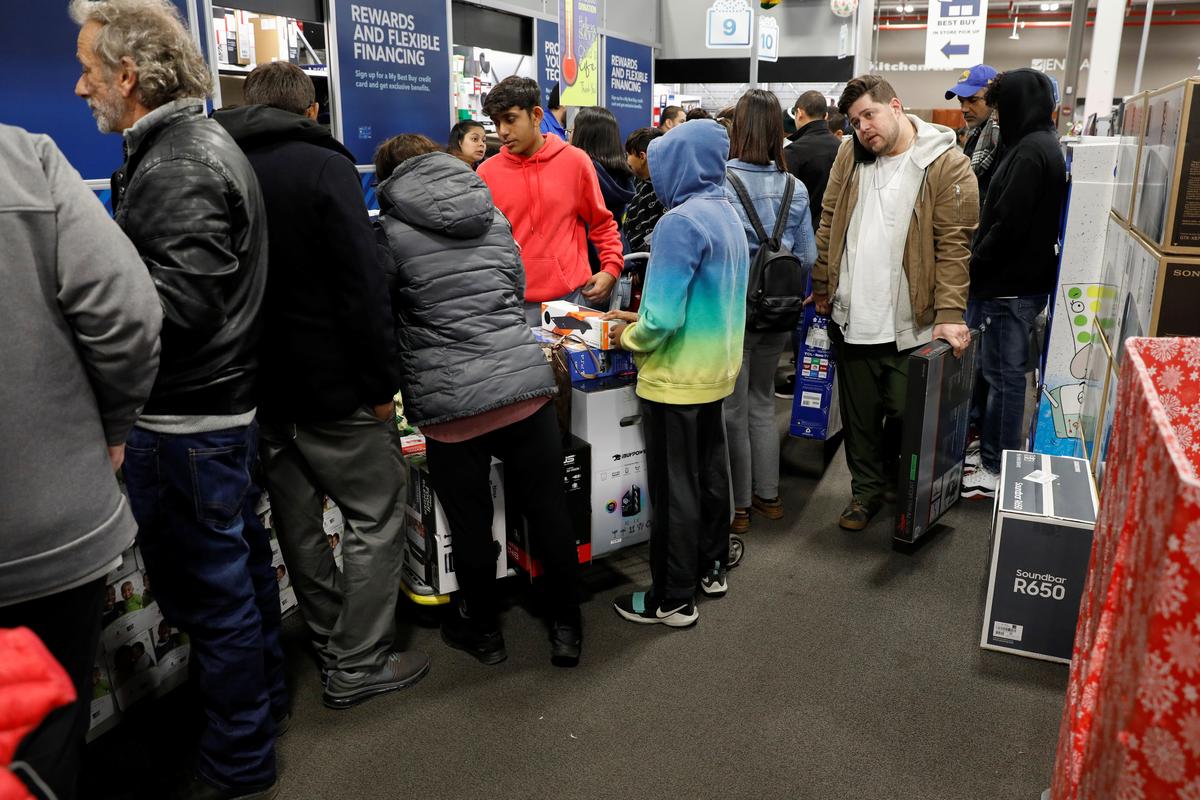 NEW YORK (Reuters) – Shoppers headed out to stores across the United States in a quest to score the best Black Friday discounts on everything from handbags to 4K TVs, with early promotions marking the start of a condensed holiday shopping season.

People wait in line to pay for purchases at Best Buy during a sales event on Thanksgiving day in Westbury, New York, U.S., November 28, 2019. REUTERS/Shannon Stapleton

The following are quotes from shoppers and store managers in the midst of America’s biggest shopping day.

“I will come to the mall, look at prices and go back and check them online. Prices and discounts online are competitive to what’s available in stores.”

“I think there were some good deals but overall the discounts are similar to what we have seen in the past.”

“The deals are the same online and frankly there are more of them online, so the question increasingly is why come to the mall at all?”

“I like to try stuff on – a lot of sizes don’t fit me and I hate returns online, they require an extra step with the shipping and all.”

“We literally drove by at 2 o’clock after looking at YouTube videos of people sleeping outside. There weren’t really a lot of people so we went back home and came back around six.”

“I came in to Costco this morning, hoping to get a good deal on a Canon camera I have been wanting to buy and I checked the price online versus in-store and it was better here.”

Two more Tory MPs announce they are stepping down at next election
‘Another blatant example of double standards’: Qatar reviews investments in London after ad ban
Joules administrator on brink of rescue deal with Phase Eight-owner Foschini
Mugshot of Colorado gay club shooting suspect released after first court appearance
Government ‘simply not in a position to give inflation pay rises’