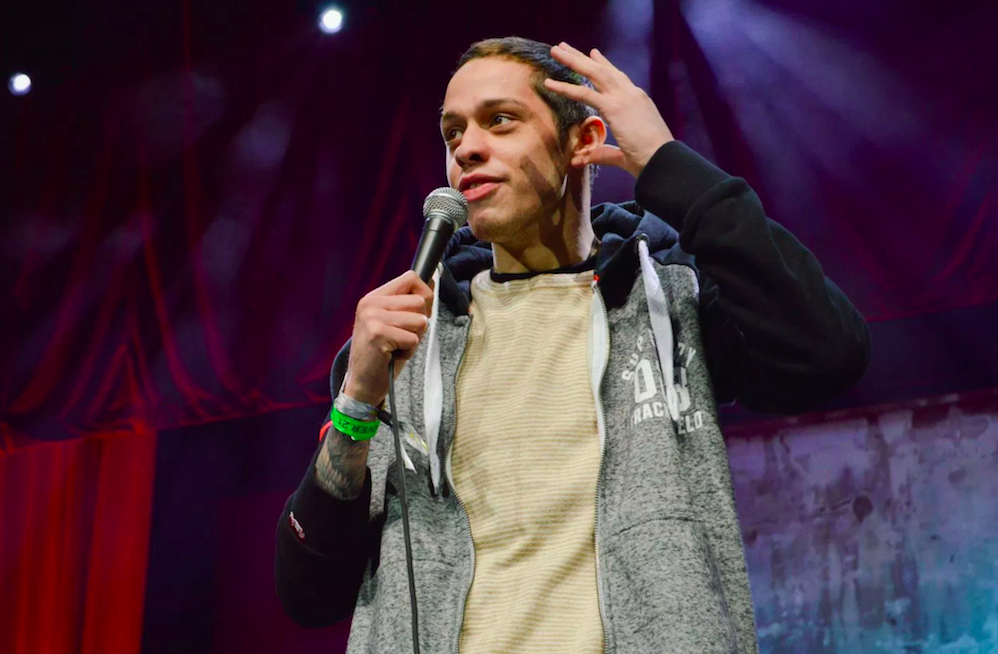 It’s increasingly common to ban cell phones during live performances, but one comedian is taking security to another level. SNL castmember Pete Davidson has been requiring fans to sign non-disclosure agreements before they attend his shows. The agreements prohibit attendees from discussing jokes or other content on any platform, including social media. Violating this agreement comes with a hefty penalty of $1 million.

The news gained national attention last Wednesday, when Davidson’s tour hit the San Francisco media market. But according to posts on Twitter, Davidson has been requiring the NDAs since at least a November 7th gig in Minneapolis.

For the November 27th show, fans were only notified of the legal requirements via email a few hours before the performance. After receiving that email, Facebook user Stacy Young posted the non-disclosure agreement to Davidson’s San Francisco event page. According to those documents, signees “shall not give any interviews, offer any opinions or critiques, or otherwise participate by any means or in any form whatsoever (including but not limited to blogs, Twitter, Facebook, YouTube, Instagram, or any other social networking or other websites whether now existing or hereafter created) in the disclosure of any Confidential information…”

That post also included a grammatically questionable note from the venue offering refunds.

“Any patron who is unable or unwilling to sign the agreement will not be allowed to enter and will be giving [sic] a full refund. Save time at the venue tonight by printing, signing, and brining [sic] this agreement with you!”

If all of this legalese doesn’t deter you, Pete Davidson is closing November with two shows in Michigan and Chicago, before decamping for Florida to co-headline a pair of shows with John Mulaney. Get your tickets here.

We saw Pete Davidson at the Varisty but I cannot comment on it because I signed an NDA. https://t.co/907XF9EfiN pic.twitter.com/LOC346riQA

Signed my first NDA at a comedy show. Worth it #PeteDavidson pic.twitter.com/di0J2nr1pw

Beyoncé Paired a Sweatshirt, Mini Skirt, and Stilettos for a Rare Public Date Night With Jay-Z
Why Silicon Valley is so hot on nuclear energy and what it means for the industry
The Best Books of the Year According to The New York Times
The Best Unexpected Board Books To Gift
Boy, 10, ‘shot mother dead after she refused to buy him VR headset’