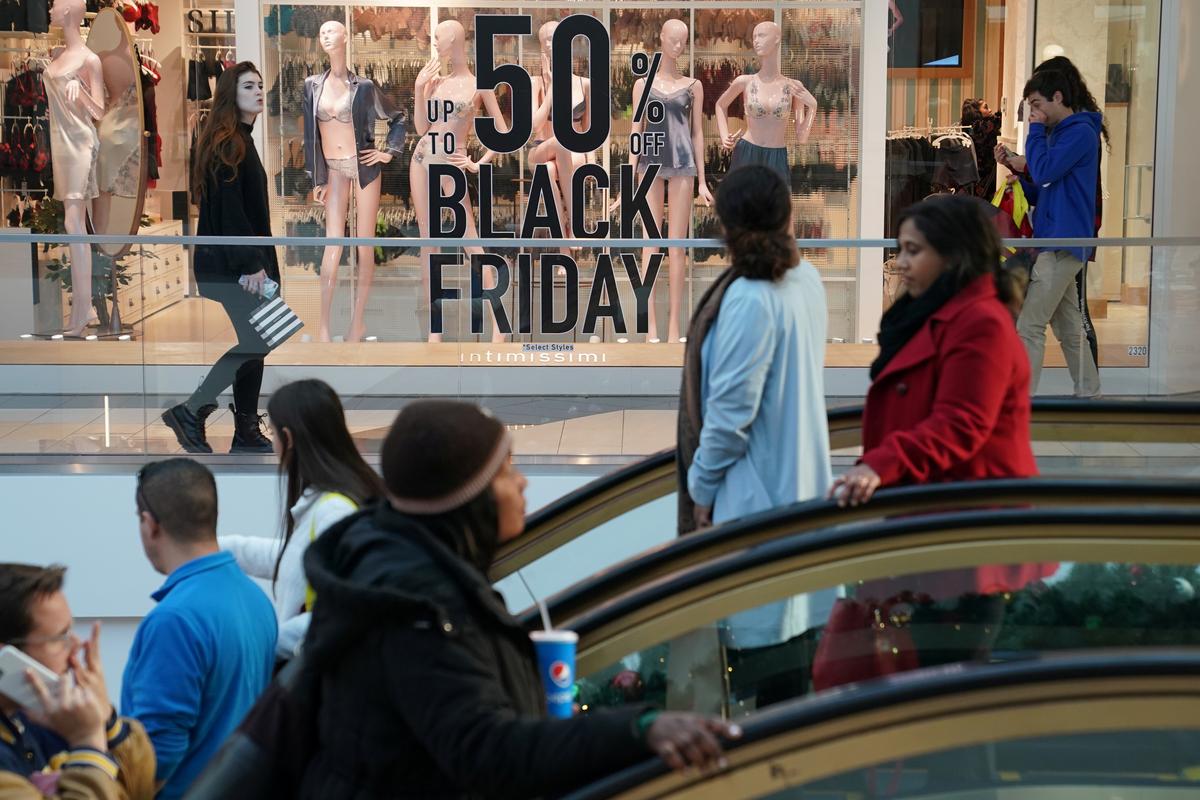 WASHINGTON (Reuters) – U.S. shoppers made more purchases online on Black Friday than in the mall – hurting traffic and sales at brick-and-mortar stores, according to data that offered a glimpse into what is still one of the busiest shopping days of the year.

People walk through the King of Prussia mall, one of the largest retail malls in the U.S., on Black Friday, a day that kicks off the holiday shopping season, in King of Prussia, Pennsylvania, U.S., November 29, 2019. REUTERS/Sarah Silbiger

For the first time in several years, however, store traffic on Thanksgiving evening grew – indicating a shift in when consumers are leaving their homes to shop. It is also a sign of how Thursday evening store openings have continued to hurt what has traditionally been a day that kicked off the U.S. holiday season.

The importance on the shopping calendar of Black Friday, or the day after the U.S. Thanksgiving Day holiday, has waned in recent years. This is due to the choice by many retailers to open their stores on Thursday evening, as well as to early holiday promotions and year-round discounts. However, it is increasingly turning into a day when shoppers do not necessarily flock to stores but spend heavily online.

Also, for most retail chains, Black Friday store traffic and sales data is not necessarily grim as consumers continue to spend, consultants said. Winning the transaction, whether online or in-store, has now become more important for retailers than where it occurs.

Also, spending patterns over the weekend are not as indicative of the entire holiday shopping season as they were a few years ago, with purchases spread over November and December.

Online sales rose more than 19.6%, reaching $7.4 billion on Black Friday, slightly shy of estimates of $7.6 billion, according to data from Adobe Analytics, which tracks transactions at 80 of the top 100 U.S. retailers. On Thanksgiving, it estimated sales grew 14.5% to $4.2 billion.

Numbers from ShopperTrak, which is part of retail data firm Sensormatic Solutions, showed that visits to stores fell a combined 3% during Thanksgiving and Black Friday compared with the same days in 2018.

Shopper traffic on Thanksgiving evening increased by 2.3%year-over-year but was dragged down by Black Friday, which fell 6.2% from a year ago.

Brian Field, senior director of global retail consulting for ShopperTrak, said the traditional pattern of shoppers visiting stores has been disrupted not only by online shopping but by offerings like “buy online and pick up in store,” a growing category, which is not included in store traffic count on Black Friday.

“What all of this really boils down to is the customer journey has changed, now it can start anywhere online, in-store and end anywhere … and it is about making sure the customer makes the purchase and stays loyal to the brands more than where it happens,” he said.

Preliminary data from analytics firm RetailNext showed net sales at brick-and-mortar stores on Black Friday fell 1.6%, which the firm said is slower than in previous years. No data was yet available for actual spending in stores.

The National Retail Federation had forecast U.S. holiday retail sales over the two months in 2019 will increase between 3.8% and 4.2% from a year ago, for a total of $727.9 billion to $730.7 billion. That compares with an average annual increase of 3.7% over the past five years.

Reporting by Nandita Bose in Washington; Editing by Matthew Lewis