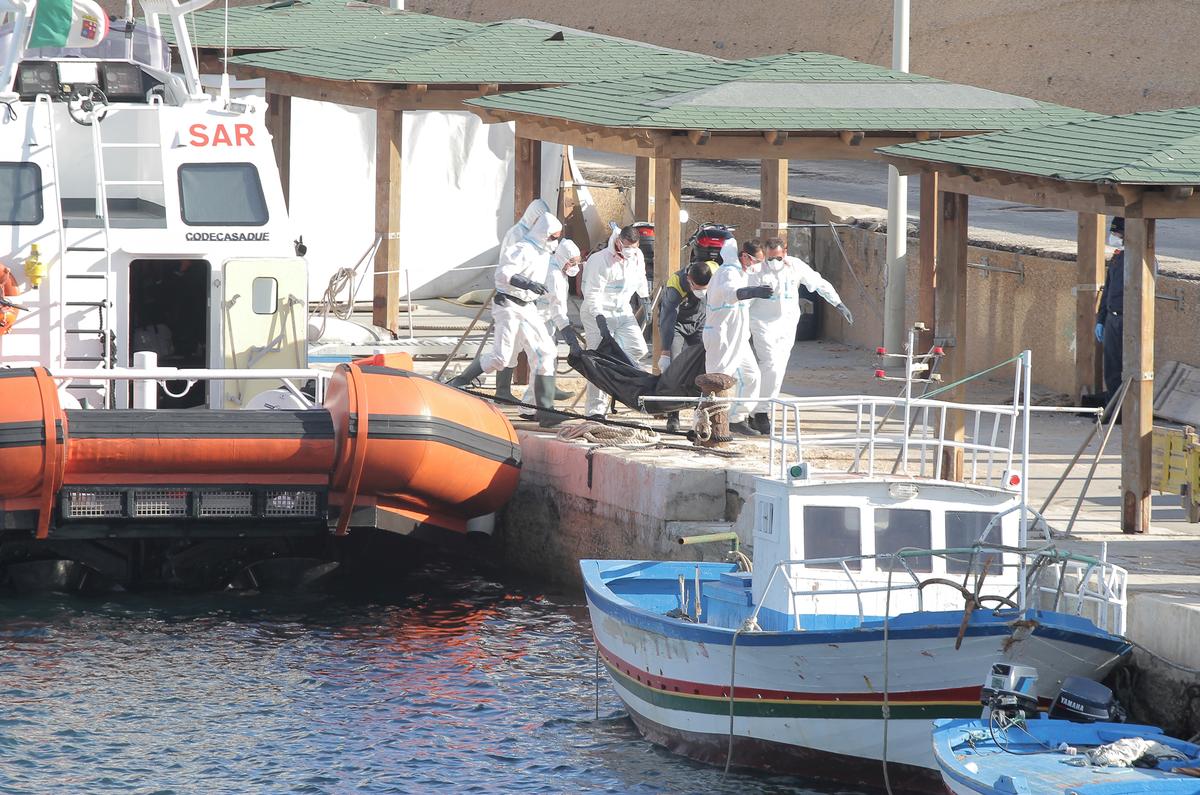 Italian coastguards carry the body of a migrant victim of a boat that capsized off the Italian coast, on the island of Lampedusa, Italy November 30, 2019. REUTERS/Mauro Buccarello

(Reuters) – The bodies of five migrants who died when a boat capsized in rough waters off the southern Lampedusa coast a week ago have been found, Italy’s coast guard said on Sunday, bringing the overall death toll to 18.

The boat, which survivors said had departed from Libya taking advantage of a respite in bad weather, was believed to carry some 170 people. The Lampedusa coast guard managed to bring safely onshore 147 migrants after the accident on Nov. 23.

After the new bout of bad weather blocked search operations for several days, on Sunday six coast guard divers helped by a remotely-operated submarine found four bodies underwater and a fifth one floating.

“We can only listen to the silence of the dead,” Lampedusa mayor Totò Martello said.

“We’re alone in rescuing their bodies at sea, in weeping for them and burying them. We’re surrounded by silence and indifference.”

Prosecutors in the Sicilian town of Agrigento are investigating the accident. A judicial source said that based on interviews with the survivors the missing people were mostly Tunisian, Algerian and Pakistani.

More than 1,100 migrants have died or are missing at sea after attempting to cross the Mediterranean this year, according to the International Organization for Migration.