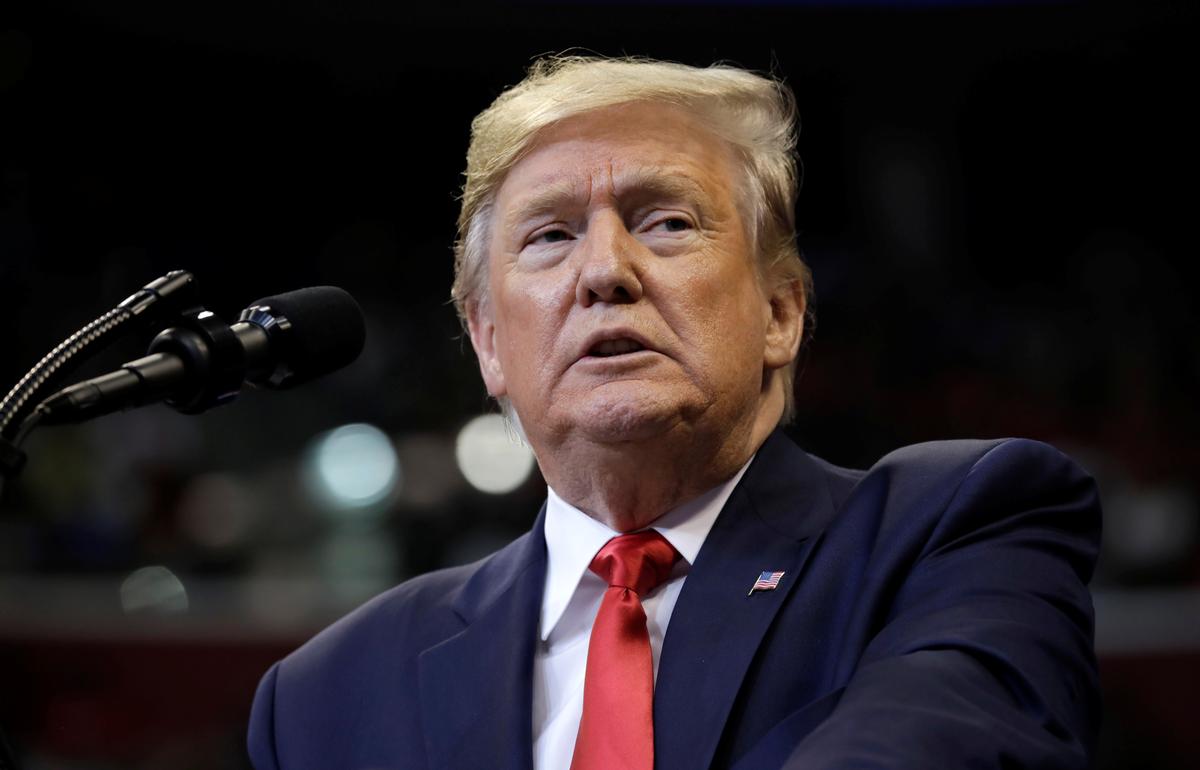 WASHINGTON (Reuters) – Democratic lawmakers in Congress will take a big step this week in what appears now to be an inexorable march toward impeaching U.S. President Donald Trump, with the start of hearings seen as a precursor to formal charges being announced within weeks.

As opinion polls show Americans bitterly divided over whether to impeach Trump, the Judiciary Committee in the Democratic-controlled House of Representatives will hold a hearing on Wednesday to explain to the public what constitutes an impeachable offense.

It will also receive a report from the House Intelligence Committee laying out the evidence Democrats say shows Trump abused his office for personal political gain.

Democrats have been looking into the Republican president’s efforts to pressure Ukraine to investigate political rival Joe Biden, a former Democratic vice president who is seeking his party’s nomination to face Trump in the 2020 presidential election, and his son Hunter Biden, who was a board member of a Ukrainian energy company.

The impeachment inquiry has heard testimony from current and former officials that military aid was withheld from Ukraine and that a White House meeting with Ukrainian President Volodymyr Zelenskiy was conditioned on investigations into the Bidens and a debunked conspiracy theory about interference in the 2016 U.S. election being carried out.

Trump has denied any wrongdoing and says a July 25 phone call with Zelenskiy, in which he pressed for the probes, was “perfect.” He and fellow Republicans say Democrats are seeking to overturn the will of the people in the 2016 presidential election.

The judiciary panel will hear public testimony from four legal scholars on what constitutional basis a U.S. president can be removed from office.

In a defiant response on Sunday night, the White House informed Democrats that Trump and his lawyers would not participate in Wednesday’s hearing, citing a lack of “fundamental fairness.”

Speaking to reporters as he departed the White House on Monday en route to London for a NATO summit, Trump said he had declined to participate in the hearing because it was a hoax.

The proceedings would have been the first direct involvement by the Trump camp in the process.

Representative Jerrold Nadler, the Democratic chairman of the House Judiciary Committee, called the White House’s decision “unfortunate” and said that allowing Trump to participate had been a priority from the outset of the impeachment probe.

White House counsel Pat Cipollone has not ruled out taking part in future proceedings if Democrats address a list of procedural complaints.

The committee, which is not expected to consider evidence against Trump until next week, has given the president until 5 p.m. (2200 GMT) on Friday to say whether he plans to mount a defense by calling witnesses and introducing evidence.

The Republican-controlled Senate, where any impeachment trial would be held, is highly unlikely to vote to oust Trump. Few Senate Republicans have shown an appetite for removing the president.

But the impeachment inquiry has cast a shadow over Trump’s already tumultuous presidency and sharpened a divide among Americans that is likely to intensify as election campaigning heats up in the coming weeks.

“We’re on an exercise with a very predictable outcome and one that’s going to divide the country further. It’ll be a live issue through the election itself, and the American people will make the final determination,” Republican Representative Tom Cole told Reuters.

Wednesday’s hearing, while academic in nature, will set the stage for the Judiciary Committee to begin determining whether Trump should face formal articles of impeachment. House Speaker Nancy Pelosi said in a letter to supporters last week that Trump had committed “bribery” and needed to be held accountable.

U.S. President Donald Trump speaks to reporters as he departs for travel to the United Kingdom from the South Lawn of the White House in Washington, U.S., December 2, 2019. REUTERS/Jonathan Ernst

“Impeachment is the people’s last line of self-defense against a president who insists upon acting like a king and trampling the rule of law,” said Representative Jamie Raskin, a Democrat on the Judiciary Committee.

“We’ve had an intensive focus over the last several weeks on the facts,” Raskin said in an interview. “We are now about to revisit the basic values and structures of the American Constitution.”

Democratic aides said a vote on possible articles of impeachment would follow quickly on the heels of an evidentiary hearing.