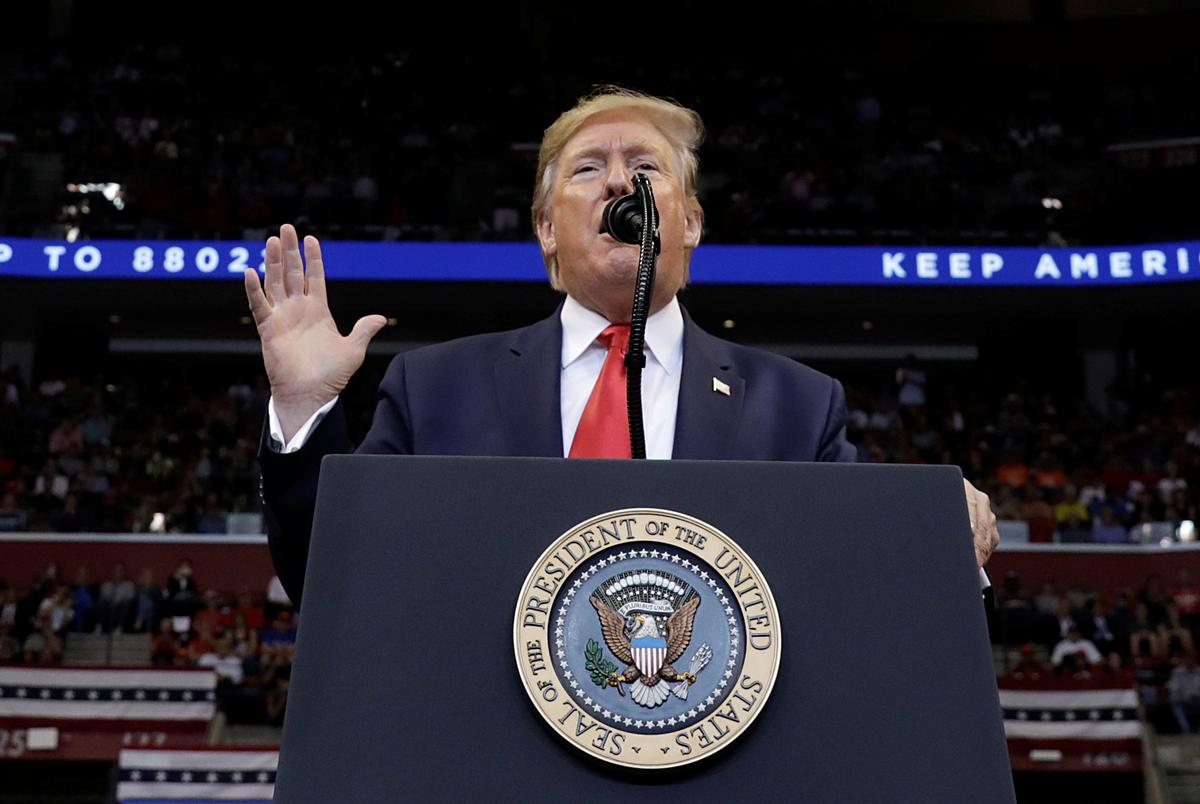 A three-judge panel of the Manhattan-based 2nd U.S. Circuit Court of Appeals ruled 2-1 against Trump’s bid to block two House of Representatives committees from enforcing subpoenas issued in April to the two banks seeking the documents. Trump is expected to appeal the case to the U.S. Supreme Court.

The 2nd Circuit rejected Trump’s arguments that Congress lacked a valid purpose for seeking his records and that disclosure of the material would compromise his and his family’s privacy and distract the Republican president from his duties.

The material sought by the committees include records of accounts, transactions and investments linked to Trump, his three oldest children, their immediate family members and several Trump Organization entities.

“The Committees’ interests in pursuing their constitutional legislative function is a far more significant public interest than whatever public interest inheres in avoiding the risk of a Chief Executive’s distraction arising from disclosure of documents reflecting his private financial transactions,” Judge Jon Newman wrote in the ruling.

Trump had sued the two banks in an effort to prevent the disclosure of his financial records. U.S. District Judge Edgardo Ramos ruled in May that the subpoenas could be enforced, prompting Trump to appeal.

“We believe the subpoenas at issue are not invalid,” said Jay Sekulow, a lawyer for Trump. “In light of the 2nd Circuit decision, we are evaluating our next options including seeking review at the Supreme Court of the United States.”

In separate legal cases, Trump also has sought to block House Democrats from obtaining his tax and financial records from his long-time accounting firm.

The subpoenas involved in Tuesday’s ruling were issued months before House Democrats began an inquiry in September into whether there were grounds to impeach Trump over his request to Ukraine to investigate Democratic political rival Joe Biden and his son Hunter Biden.

Trump, running for re-election in 2020, has fought hard to keep his financial and tax records private. He broke with tradition by not releasing his tax returns as a candidate in 2016 and as president.

Germany’s Deutsche Bank has long been a principal lender for Trump’s real estate business. A 2017 disclosure form showed that Trump had at least $130 million of liabilities to the bank.

“As we have said previously, we remain committed to providing appropriate information to all authorized investigations and will abide by a court order regarding such investigations,” a Deutsche Bank spokesman said of Tuesday’s decision.

Capital One did not immediately respond to a request for comment.

The House Financial Services Committee and the Intelligence Committee subpoenaed Deutsche Bank for records related to Trump, three of his children and the Trump Organization. Lawmakers have said the requests are part of a wider investigation into money laundering and foreign influence over U.S. politics.

The two banks have said the records involved in the case do not include Trump’s tax returns.

The Supreme Court as soon as Dec. 13 will decide whether to hear Trump’s appeal of lower court rulings that directed Mazars LLP, his accounting firm, to provide local prosecutors in New York Trump’s personal and corporate tax returns from 2011 to 2018 as part of a criminal investigation.

Trump also is due to file to the Supreme Court by Thursday his appeal of a court ruling in Washington directing Mazars to turn over his financial records to the House Oversight Committee. The Supreme Court last week put the lower court ruling on hold to give Trump time to appeal.

Reporting by Brendan Pierson and Jonathan Stempel in New York; Additional reporting by Karen Freifeld in New York and Lawrence Hurley in Washington; Editing by Will Dunham and Chizu Nomiyama

Murf Speaks! Star Trek: Prodigy’s Dee Bradley Baker Shares His Lifelong Love of Trek and Its Message
Tory MP Chris Skidmore to step down at next general election
Beijing is essentially in lockdown but authorities won’t use that word
Energy price cap rises to £4,279 – but Britons won’t have to pay that much
Days of Our Lives Round Table: Really Dead or Salem Dead?