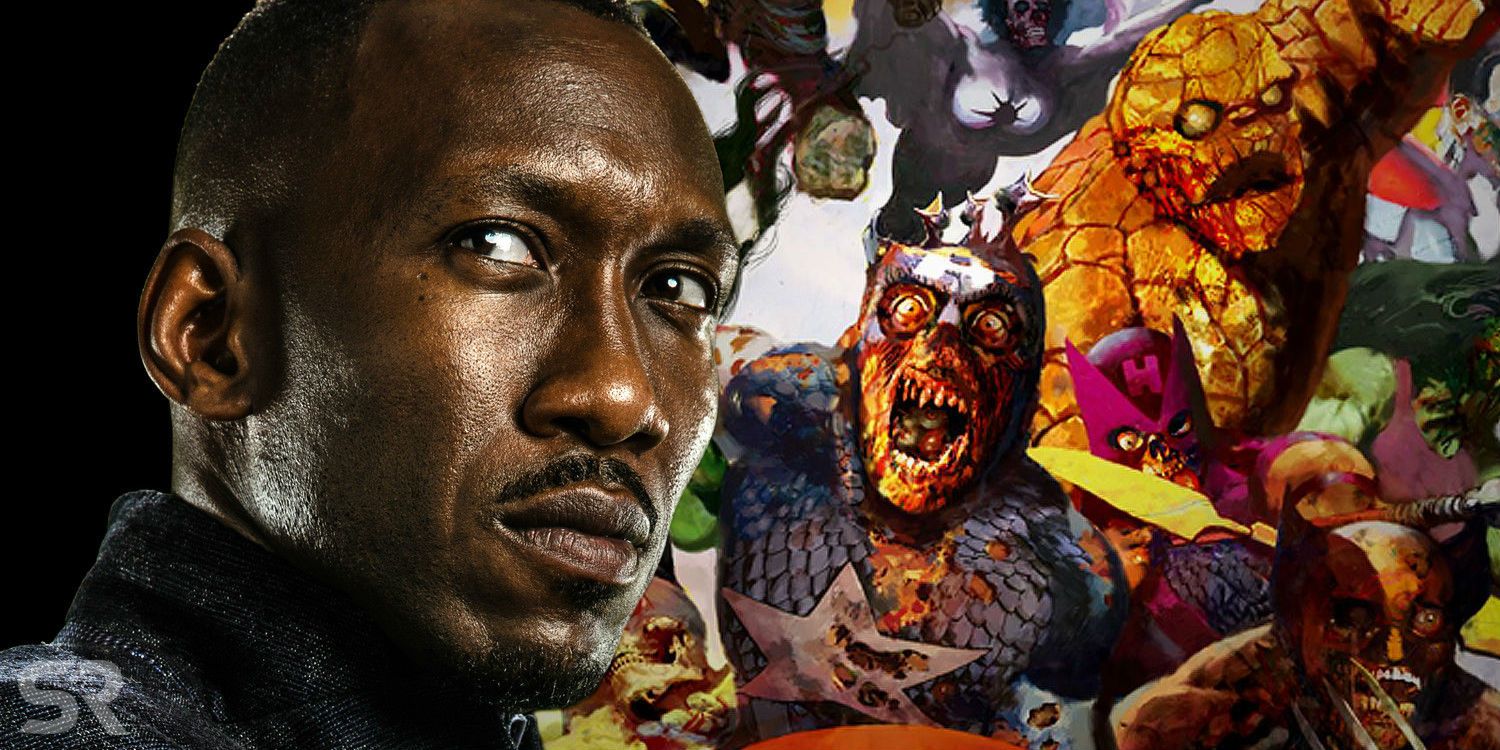 The Marvel Cinematic Universe is set to explore the supernatural even more in the future, making Blade the perfect place for Marvel Zombies to be introduced. Announced at San Diego Comic-Con, Marvel Studios is currently developing a solo film for the daywalker starring Mahershala Ali as the vampire killer. Details on the movie beyond this are slim, but Blade as a character gives the MCU an entry point to supernatural characters and concepts – like Marvel Zombies.

Marvel Zombies was created in 2005 by The Walking Dead‘s Robert Kirkman as a five-part limited series. The comic takes place in an alternate universe where some of Marvel’s biggest heroes were zombified after a virus. However, these zombies maintain their intellect, superpowers, and more, but still have the usual zombie drive to eat human flesh. Marvel has released multiple follow-up comics over the last decade and even tied Marvel Zombies into the larger universe through major crossovers like Secret Wars. During this time, fans have been left wondering if the MCU will ever tackle the Marvel Zombies concept in some way and they now have a perfect gateway to do so.

Just like how the MCU used Doctor Strange to introduce some mystical elements to the universe, Blade will be able to do the same for the supernatural. The first step his movie will have to take is introducing vampires to the MCU, even though they’ve never been mentioned in the last decade. But, once the vampire population is established, then Marvel Zombies could be up next for the supernatural franchise. It’d immediately be new ground for the MCU to cover and allow them to play with a genre that has become wildly popular over the last decade.

At this moment, we don’t know if Marvel Zombies is something Kevin Feige is interested in exploring in a major way. That said, Marvel Studios will experiment with the idea next year. One of the episodes of their animated What If…? show on Disney+ will be loosely connected to Marvel Zombies. Footage from the series that has already been released shows Bucky fighting a zombie version of Captain America. This will take place in an alternate universe, so it’s possible What If is being used as a testing ground before fully introducing the concept in the MCU. But, Blade could bring Marvel Zombies to the main MCU universe or set the stage for a one-time crossover event down the road.

While Blade is a logical fit for the Marvel Zombies to make their MCU debuts, Marvel Studios is working on other properties that could also introduce them or at least set up the story. They’re currently developing a Moon Knight series for Disney+ and his own supernatural ties could give this series a chance to explore zombies too. There’s also Doctor Strange in the Multiverse of Madness coming in 2021. The movie is said to be Marvel’s first horror film and will deal with the multiverse in some form, so both of those elements could lead to Marvel Zombies being teased at some point. Whether Marvel Zombies are introduced in Blade or another MCU property, the continued exploration of the supernatural will hopefully bring them into the fold at some point.

8 Best Polo Colognes For Men: Fragrances For Every Season 2022
RXMIRO Flaunts House Anthem On “heart i”
Get ready for a prolonged downturn that’s worse than 2000 or 2008, billionaire VC Doug Leone says
Top 10 Books of 2022
Alessandro Michele Is Exiting Gucci