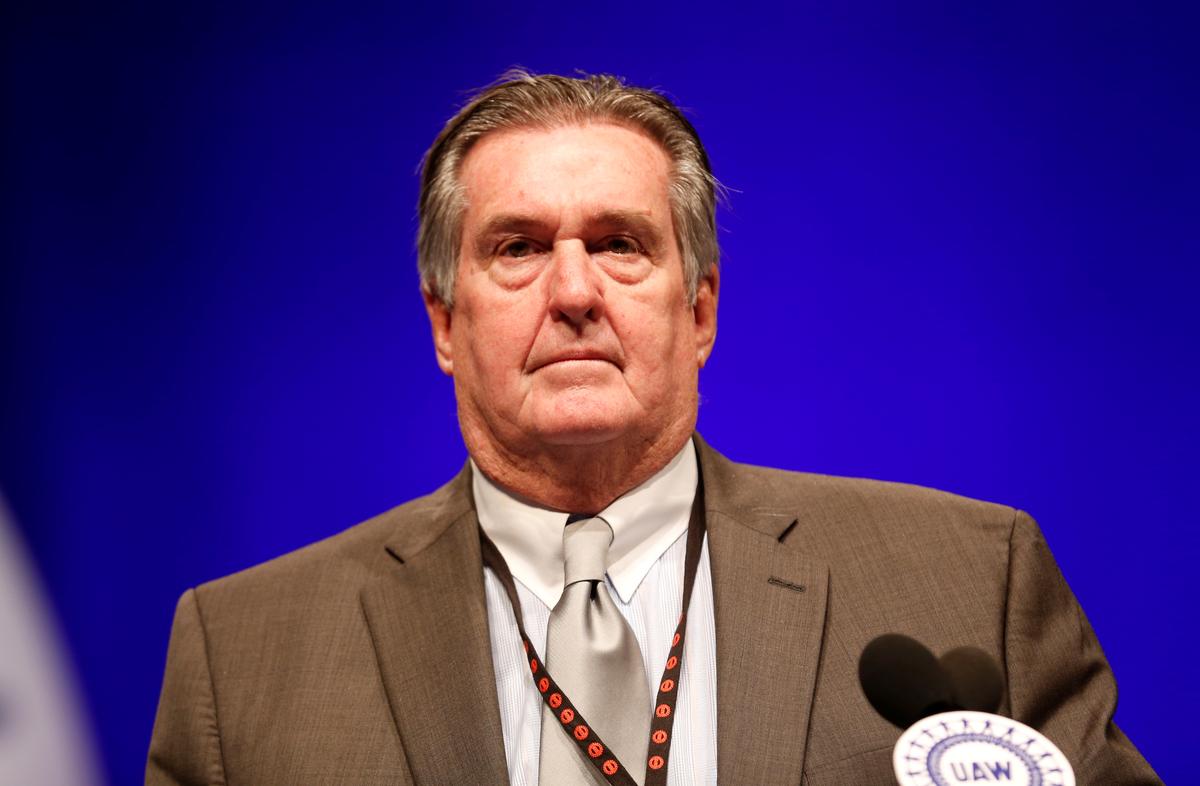 Ashton, a former General Motors Co board member, was charged last month with conspiring with other union officials to receive “hundreds of thousands of dollars in bribes and kickbacks” according to documents filed in U.S. District Court in Detroit.

Ashton, when asked by the judge whether he was pleading guilty because he was guilty, responded “Yes, your honor.” He declined to comment after the brief hearing.

“He has asked me to apologize to all the members of the UAW,” Ballarotto said of Ashton.

Under the plea agreement, Ashton faces prison time of 30 to 37 months, although his attorney said they will seek a lower sentence. Ashton, who left the GM board in December 2017 amid the federal investigation, also has agreed to forfeit the $250,000 in kickbacks he received.

Ashton will be sentenced on March 3. The deal did not include any language about cooperation in other cases related to the federal corruption probe.

The FBI has been conducting an investigation into illegal payoffs to UAW officials by Fiat Chrysler Automobiles (FCA). Eleven people have pleaded guilty in connection with the probe.

In addition, the federal probe led GM last month to file a racketeering lawsuit against FCA, accusing its rival of bribing UAW officials to gain advantages, costing GM billions of dollars. FCA, which is working on a planned merger with France’s PSA, brushed off the suit as meritless.

Federal prosecutors said Ashton and other UAW officials steered an inflated $4 million contract to a vendor to provide 58,000 watches to UAW members. The watches were never distributed and remain in storage in Detroit.

Last month, former UAW president Gary Jones, who has been linked to the federal probe, resigned his position and subsequently left the union.

The UAW said on Wednesday Ashton’s crimes “demonstrate his self-interest, and signify his lack of respect for the oath he took.”

GM reiterated on Wednesday it was not aware of Ashton’s illegal activity until it was revealed by the government’s probe. “The criminal conduct Joe Ashton admitted to is outrageous,” the company said in a statement.

Reporting by Ben Klayman in Detroit; Editing by Matthew Lewis

MPs can claim Christmas parties on expenses for first time
The Best Unexpected Board Books To Gift
Six killed as employee opens fire at Walmart store in Virginia
Days of Our Lives Round Table: Really Dead or Salem Dead?
Walmart overtakes Amazon in shoppers’ search for Black Friday bargains