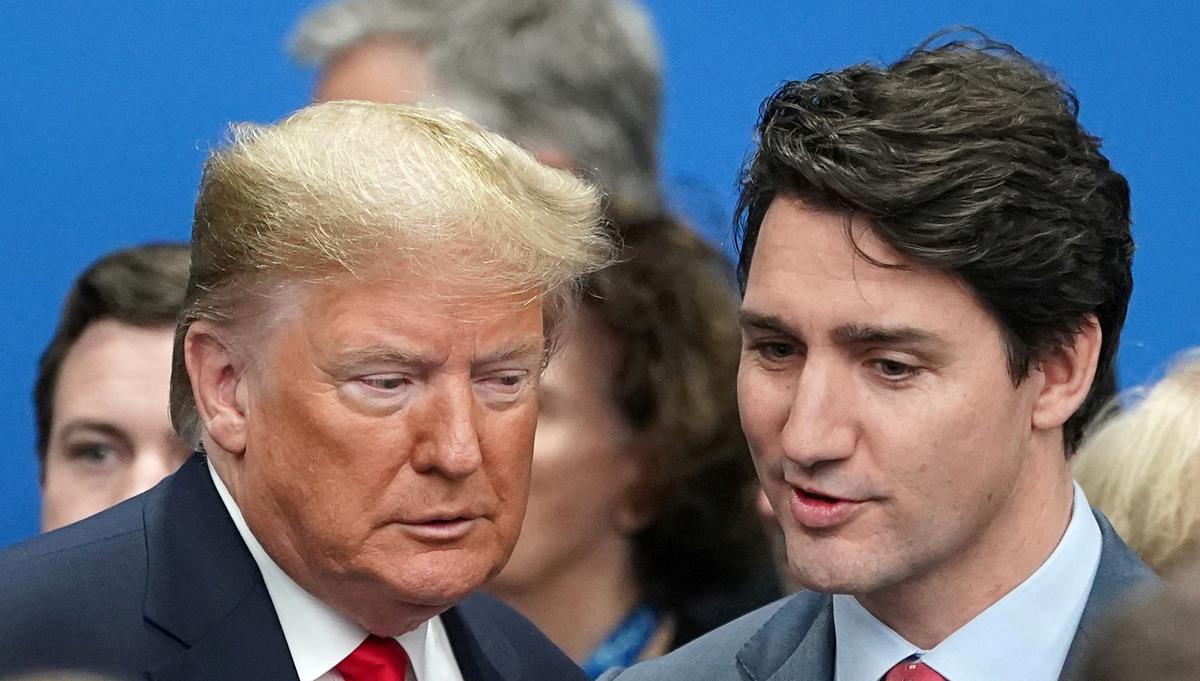 WATFORD, England (Reuters) – Canadian Prime Minister Justin Trudeau on Wednesday played down a video of him discussing U.S. President Donald Trump with other world leaders, saying that he had been surprised but happy with events at a bilateral meeting earlier in the day.

Trump called Trudeau “two-faced” after a video surfaced of Trudeau talking with the leaders of Britain, France and the Netherlands about Trump’s team’s jaws dropping “to the floor” during an impromptu news conference with the two leaders.

“We had a great meeting yesterday between me and the president… Last night I made a reference to the fact there was an unscheduled press conference before my meeting with president Trump, I was happy to take part in it but it was certainly notable,” Trudeau said, asked whether he had apologized to Trump for the comment.

“We were all surprised and I think pleased to learn that the next G7 will be at Camp David, I think that was an unscheduled announcement and… I think every different leader has teams who every now and then their jaws drop at unscheduled surprises, like that video itself for example,” Trudeau said.