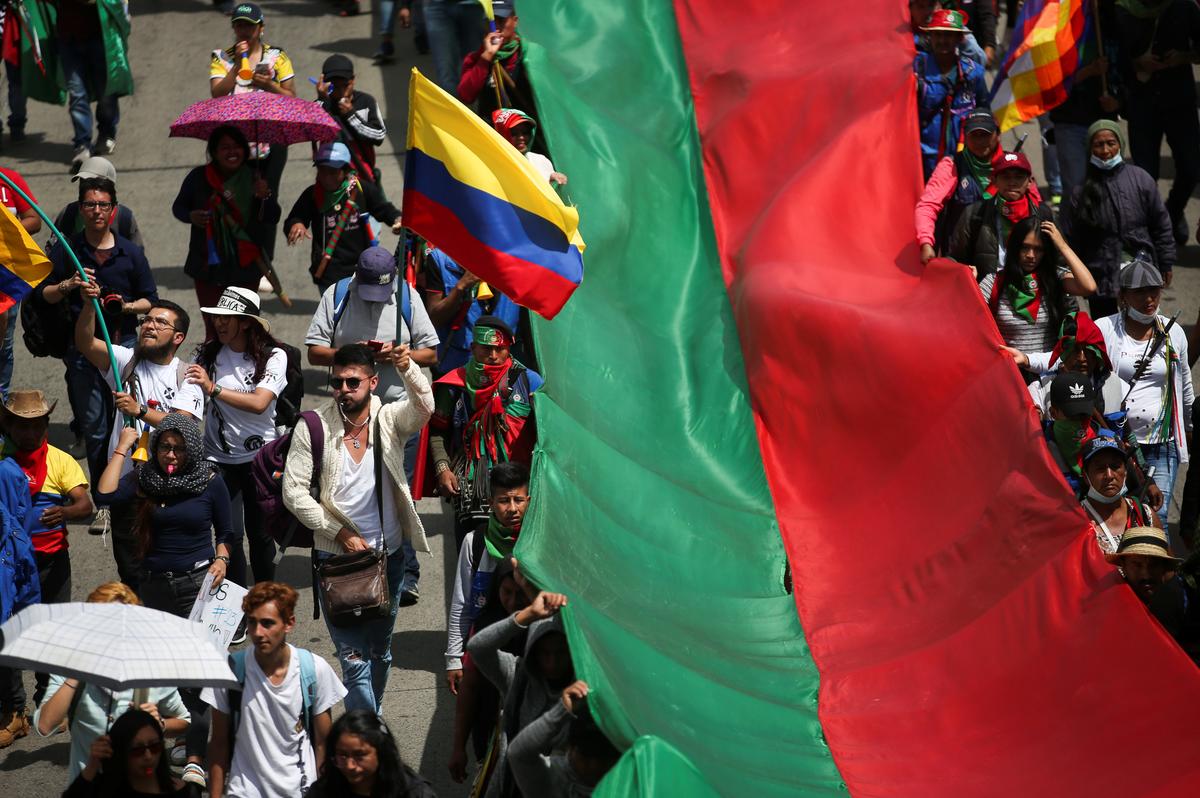 BOGOTA (Reuters) – Colombian unions and student groups are holding a third national strike on Wednesday amid fraught talks between protest leaders and the government over President Ivan Duque’s social and economic policies.

The strike is the latest demonstration in two weeks of protests, which have drawn hundreds of thousands of marchers and put pressure on Duque’s proposed tax reform, which lowers duties on businesses.

The protests prompted him to announce a “great national dialogue” on social issues, but government efforts to stop new demonstrations have failed as the union-led National Strike Committee has stuck firmly to demands for one-on-one talks and refused to call off protests.

The demonstrations, while largely peaceful, resulted in damage to dozens of public transport stations and curfews in the cities of Cali and Bogota.

Protesters have wide-ranging demands – including that the government to do more to stop the murder of human rights activists, offer more support for former leftist rebels who demobilized under a peace deal and dissolve the ESMAD riot police, whom marchers accuse of excessive force.

Protesters in the capital Bogota were beginning to make their way to central Bolivar Plaza late on Wednesday morning.

“We’re continuing to march to send a message to the president and to Congress – don’t play with the people,” said student Diana Rodriguez, 23, as she made her way toward the plaza.

“Yesterday they approved the tax reform and that shows they aren’t taking us seriously,” Rodriguez said, referring to the Tuesday approval of the bill by economic committees in both houses. The proposal now moves to a floor debate.

Five people have died in connection with the demonstrations, which started on Nov. 21 and have occurred in tandem with protests in other Latin American countries.

“I invite all Colombians to mobilize massively to show the government that there is another opinion in the country, that the other Colombia has the right to be listened to,” Central Union of Workers (CUT) president Diogenes Orjuela told Reuters by phone early on Wednesday, adding marches must be peaceful.

Meetings between Duque’s representatives and the committee are expected to continue on Thursday.

The committee has made 13 demands, including that the government reject a rise in the pension age and a cut to the minimum wage for young people, both policies Duque denies supporting.

The government has repeatedly said the demands for one-on-one dialogue exclude other sectors and that it cannot meet demands that it refrain from deploying the ESMAD.