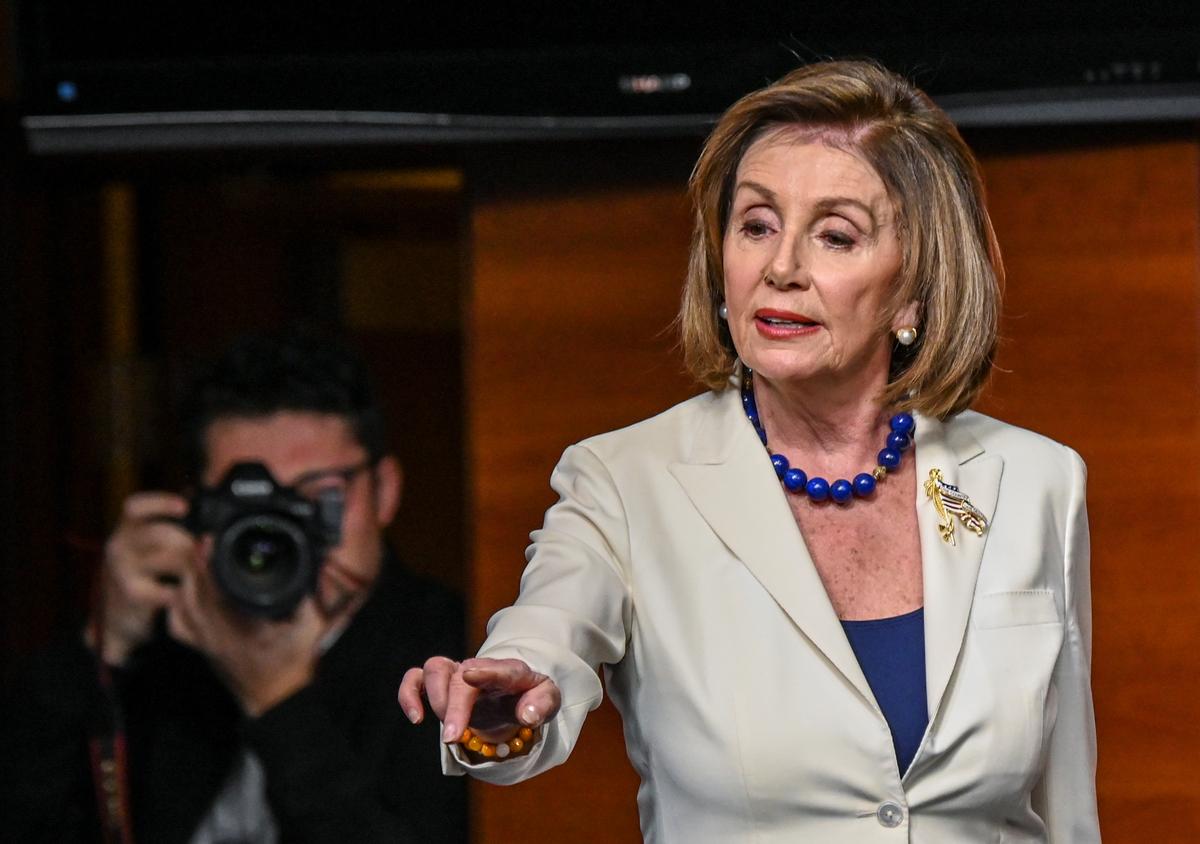 WASHINGTON (Reuters) – On most days, U.S. House of Representatives Speaker Nancy Pelosi attempts to position herself as the tough but calm and controlled counterweight to President Donald Trump, who many Republicans applaud for being confrontational and unpredictable.

On Thursday, the country’s top elected Democrat allowed her anger to show when a Sinclair Broadcast reporter she previously referred to as “Mr. Republican talking point” asked whether she hated Trump.

Pelosi had just finished methodically spelling out how she was advancing impeachment proceedings against Trump while shepherding legislation such as a bill to lower prescription drug costs.

After reporter James Rosen asked his question, she indignantly told him: “Don’t mess with me.”

Sinclair Broadcast Group is a conservative-leaning media company that Trump has tweeted support for. It owns or operates nearly 200 U.S. television stations.

Rosen told Pelosi he posed the question because some Republicans say the Democrats’ impeachment effort is driven by a dislike of Trump. The Republican president has blasted the inquiry over his dealings with Ukraine as a hoax.

Pelosi used her answer to tear into Trump, calling him a “coward” for refusing to get behind gun control measures, “cruel” for abandoning young immigrants known as “Dreamers” who were brought to the United States illegally as children, and for being “in denial” about climate change.

The first woman to serve as speaker of the House, Pelosi is in her 17th term in Congress. She has long demonstrated a willingness to play hardball with Trump, including over government funding for a wall along the U.S.-Mexico border, infrastructure investments and his dealings with Russia.

During her initial stint as speaker from 2007 until 2011, Pelosi earned a reputation as a hard-charging leader who demanded allegiance from her troops, even on contentious issues such as 2009 legislation to cut greenhouse gas emissions contributing to climate change.

Thursday was not the first time Pelosi had disparaged Trump.

Last December, with the government on the verge of what became a record-long shutdown over the border wall, Pelosi huddled with her rank and file, telling them, according to an aide, that the wall was “like a manhood thing for him. As if manhood could ever be associated with him.”

As the government shutdown dragged on early this year, Pelosi effectively locked Trump out of the House by postponing his annual State of the Union address until federal agencies reopened.

Some political pundits have suggested that the normally confident Trump, who has tried in the past to tag Pelosi with the name “Nervous Nancy,” has struggled with how to deal with her.

Last May, amid hopes she and Trump could work out a deal for potentially spending billions of dollars to rebuild U.S. roads and bridges, the president stormed out of a White House meeting with her.

That came hours after Pelosi accused him of “obstructing justice” and engaging in “a cover-up” in an investigation of Russian meddling in the 2016 U.S. elections.

As he does so often, Trump took to Twitter on Wednesday to respond to Pelosi’s attack, writing: “Nancy Pelosi just had a nervous fit.” He added she “hates” the conservative judges he has appointed.

“She says she ‘prays for the President.’ I don’t believe her, not even close,” Trump tweeted.

Reporting by Susan Cornwell and Richard Cowan; Editing by Will Dunham and Peter Cooney

Netflix is expanding its push into video games, but few subscribers are playing along
Nearly 50,000 sign petition backing Gordon Brown’s call for emergency budget to tackle cost of living
Video game giants had a miserable second quarter as the pandemic gaming boom hits a wall
TLC’s Chilli Spotted on Beach in Hawaii with Matthew Lawrence
Get Ready for Season 5 of The Simonetta Lein Show: World-Renowned Celebrity Talk Show!