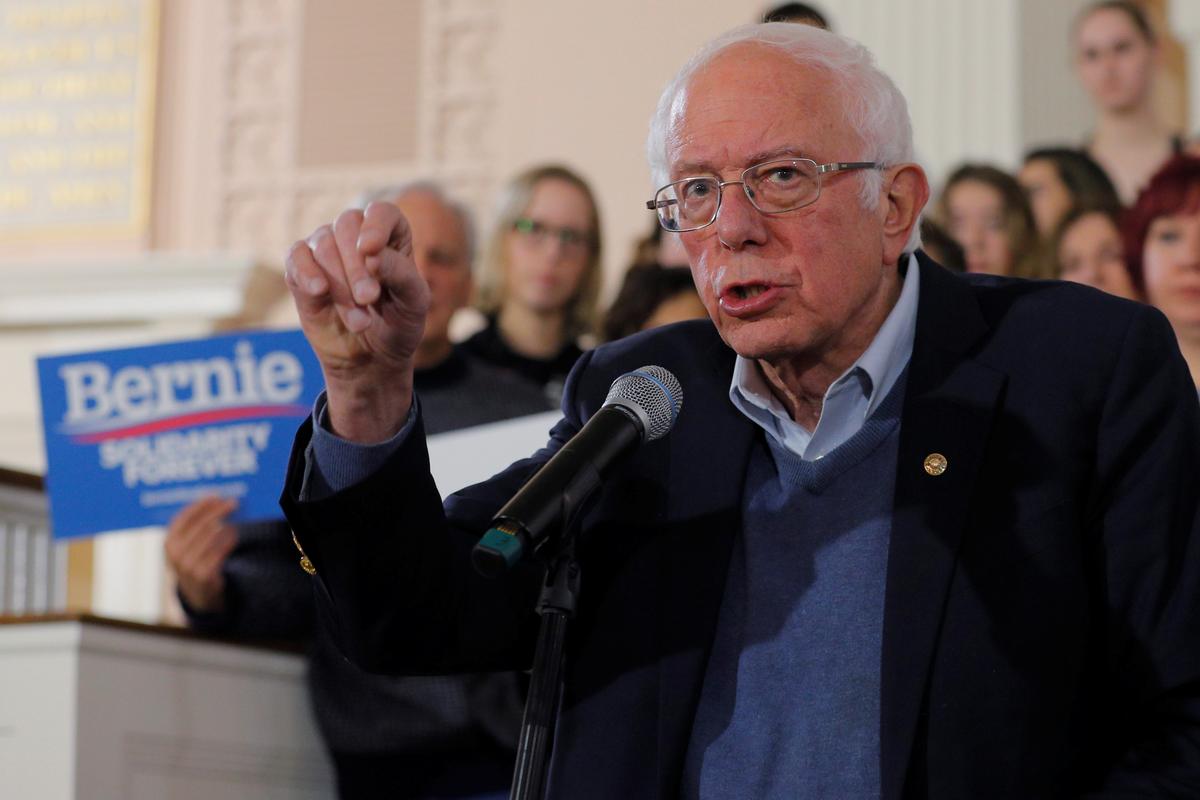 WASHINGTON (Reuters) – U.S. Democratic presidential contender Bernie Sanders launched a plan on Friday to provide high-speed broadband for every U.S. household at a cost of $150 billion, pledging to use antitrust powers to take on internet, telecom and cable companies.

Sanders, a leading candidate in the crowded field seeking the Democratic nomination to take on Republican President Donald Trump in the November 2020 election, said the funding would go toward infrastructure grants and technical assistance to local governments to build out publicly owned networks.

“Access to the internet is a necessity in today’s economy, and it should be available for all,” Sanders said in a statement, adding he would use antitrust powers and strengthen regulators to “take on the greedy internet, telecom, and cable monopolies and put an end to their absurd price gauging.”

He likened the “high-speed internet for all” policy, part of his Green New Deal investment plan to transition the U.S. economy away from fossil fuels, to President Franklin D. Roosevelt’s 1930s rural electrification push during the Great Depression.

In the United States, 30% of the rural population and 35% of people on tribal lands lack access to broadband, compared with 2 percent in urban areas, according to a 2018 Federal Communications Commission report.

Most of the front-runners have pledged to expand broadband access in rural areas, but Sanders and Warren have proposed the most ambitious and expensive plans.

Warren said in August she would enact an $85 billion federal grant program to bring high-speed internet to rural and Native American communities if elected president.