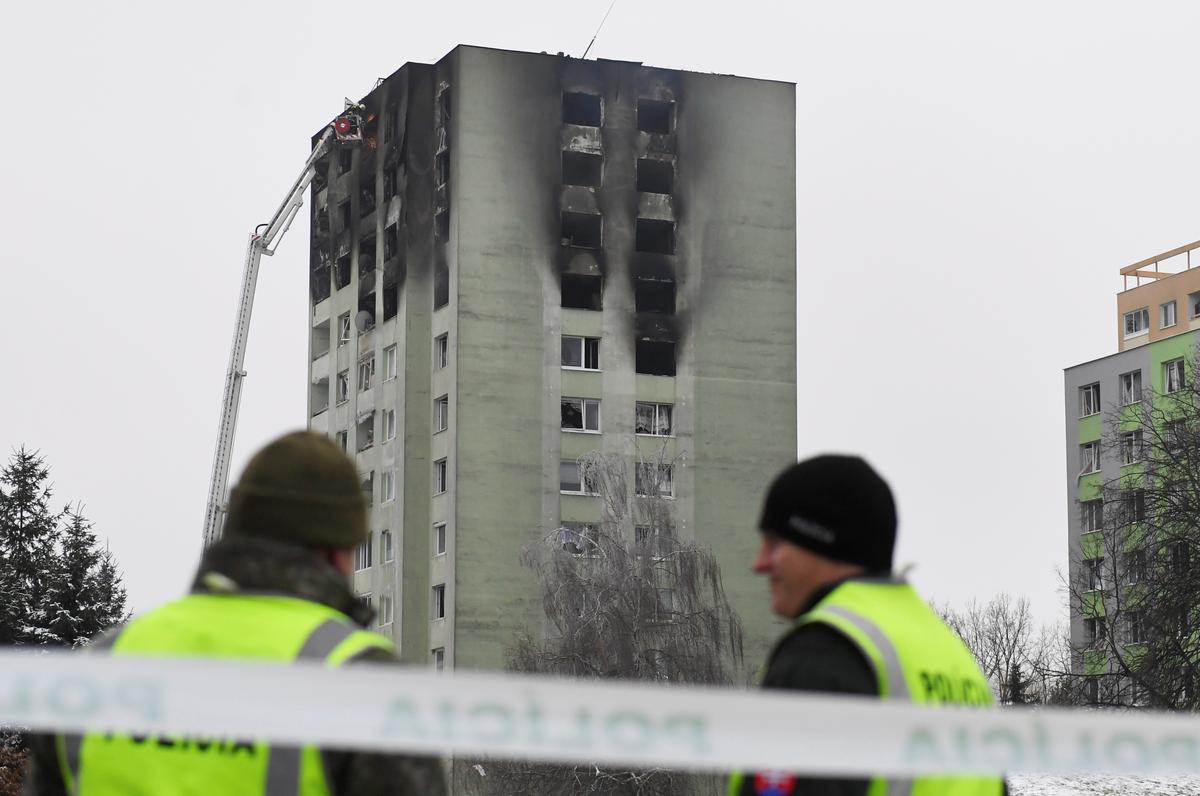 BRATISLAVA (Reuters) – Slovakia’s police have charged three people with putting the public in danger over a gas explosion at an apartment block in the eastern Slovak town of Presov that killed at least seven people and injured about 40, a spokesman said on Sunday.

Fire ripped through the top five floors of the 12-storey building on Friday, causing the roof and a staircase of the block to cave in, possibly caused by a build-up of combustible gas from a leak. Excavation works had been underway in the area days before the explosion.

One person, who may have been trapped on the top floor, hardest hit by the blast and subsequent fire, was still missing on Sunday, rescuers said.

Some of the residents from nearby housing units, who were evacuated on Friday due to the risk that the top floors of the building might collapse, returned home on Sunday. Families from the damaged building itself had to stay in emergency housing as stress analysis experts assessed the stability of the structure.

The government of Prime Minister Peter Pellegrini has approved a 1 million euro ($1.10 million) aid package to help families affected by the fire.