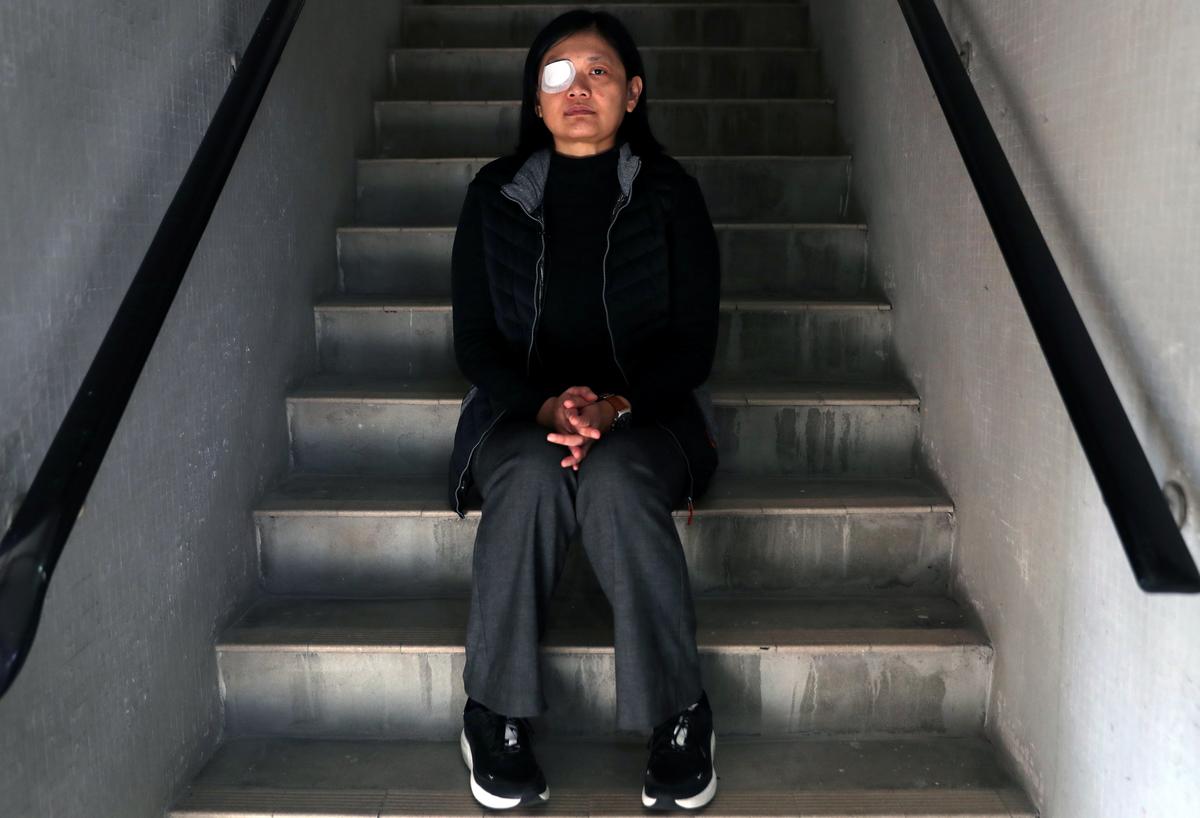 HONG KONG (Reuters) – Hit by a projectile fired by Hong Kong police while covering an anti-government protest nearly two months ago, Indonesian journalist Veby Mega Indah was blinded in one eye, but that has not blotted out the traumatic flashbacks filling her mind.

Working as an associate editor for Suara, a newspaper popular with Indonesian migrant workers in Hong Kong, Indah, 39, had been live-streaming in the Bahasa Indonesia language on the frontlines of demonstrations.

At the time of the shooting Indah was reporting on the street protests alongside other journalists from the vantage point of a footbridge. She believes she was hit by a rubber bullet. Whatever the projectile was, it has caused the permanent loss of sight in her right eye.

“I felt like I could not bear it anymore. I thought it’s going to be my end,” she told Reuters.

Indah recalled hearing fellow journalists behind her shout: “We are journalists, stop shooting at us!”

The Chinese-ruled city has been roiled by more than six months of sometimes violent protests as activists call for greater democracy and an independent inquiry into police actions, among other demands.

Police, who have at times fired rubber bullets and tear gas to disperse demonstrators, say they have shown restraint in the face of escalating violence.

Indah and her legal representative told Reuters they have filed a legal request asking the police to name the officer involved in the incident so they can pursue a civil case, but that they have had no meaningful response so far.

Hong Kong police did not respond to a Reuters request for comment.

While Indah still feels pain, she is adjusting to life with one eye, although she is still haunted by the experience.

“When I was in the hospital, I keep waking up because some images (keep) flashing back … the projectile keeps coming back and coming back to my right eye,” she said, while holding back tears.

She has been unable to return to work.