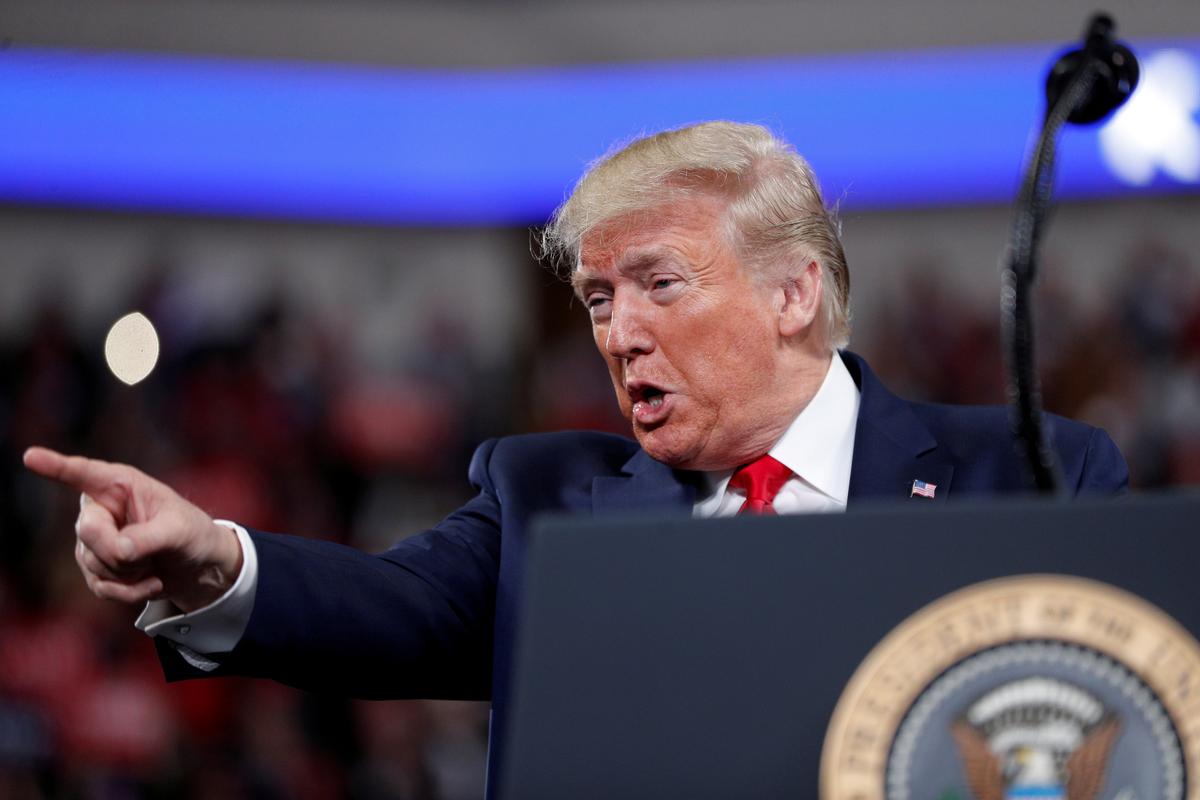 WASHINGTON (Reuters) – As the U.S. House of Representatives moves closer to impeaching President Donald Trump, larger questions loom in the Senate, where Trump’s Republican allies may not give him the extended trial he would like.

Democrats who control the House unveiled formal charges on Tuesday that accuse Trump of abusing his power by trying to force Ukraine to investigate a political rival and obstructing Congress when lawmakers tried to look into the matter.

The House Judiciary Committee is due to begin considering those charges at 7 p.m. on Wednesday (0000 GMT) and is expected to approve them on Thursday. A vote by the full chamber next week is likely to make Trump the third U.S. president to be impeached by the House.

Judiciary Chairman Jerrold Nadler said Democrats had to take action because Trump had endangered the U.S. Constitution, jeopardized national security and undermined the integrity of the 2020 election.

The impeachment articles do not draw on other contentious aspects of the Republican president’s tenure, such as his efforts to impede former Special Counsel Robert Mueller’s Russia probe. Democratic lawmakers who represent more conservative districts have argued that the focus should stay on Ukraine.

“It’s just as likely the president had good reasons to say what he did on the phone call as nefarious reasons that the Democrats think,” Republican Representative Debbie Lesko said.

Trump has maintained that he did nothing wrong and that Democrats are trying to undo his victory in the 2016 election.

He will be on friendlier terrain in the Republican-controlled Senate, which will likely consider the matter in January in a trial presided over by U.S. Chief Justice John Roberts.

Democrats are not expected to pick up the 20 Republican votes they need at a minimum in that chamber to drive Trump from office. But Republicans have yet to decide how to handle the matter.

Trump has called for a full trial, featuring testimony from witnesses, including Biden, House Speaker Nancy Pelosi and others, that would flesh out the case for and against impeachment and eat up weeks of time shortly before the first Democratic presidential nominating contests in Iowa and New Hampshire.

But Senate Majority Leader Mitch McConnell suggested on Tuesday that his chamber may opt for a quicker trial that would allow lawmakers to return to their regular business.

McConnell will need a majority of the Senate’s 100 members to agree to either plan. That could put a handful of Republican moderates, like Susan Collins and Lisa Murkowski, in the position of deciding how much time the chamber would devote to the prospect of removing Trump from office.

During Democratic President Bill Clinton’s 1999 impeachment trial, no witnesses testified on the Senate floor. Instead, videotaped depositions were done with just a few witnesses, which senators could screen privately. Clinton was acquitted in the Senate on charges arising from his sexual relationship with a White House intern.