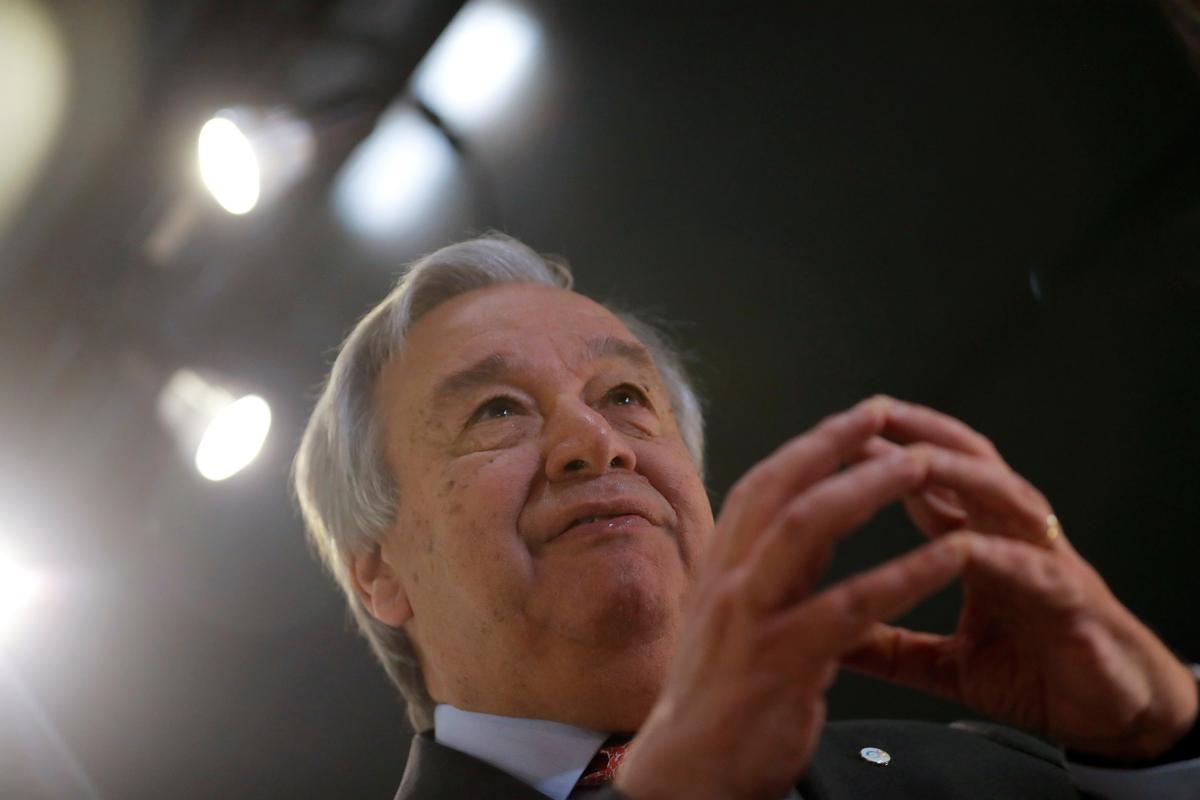 He was speaking in a hangar-like conference center in Madrid where ministers from around the world are cloistered in the final days of two-week talks to shore up the 2015 Paris Agreement to avert catastrophic global warming.

Major polluting countries such as China, India and the United States – which is leaving the pact – are not expected to make big new announcements at the summit, where delegates are focused on technical negotiations over rules on carbon markets.

Nevertheless, Guterres hopes the talks will conclude on Friday with a strong signal that governments are ready to submit more ambitious climate plans in 2020, seen as a make-or-break year for the Paris process.

Under the deal, countries are supposed to submit more stringent targets to cut carbon emissions in the run-up to the next annual round of talks in Glasgow.

Guterres urged major emitters to send a clear signal they are ready to increase their ambition next year and “hopefully” commit to net zero carbon emissions by 2050 – seen as vital to keeping global temperatures within manageable levels.

“History cannot accept that my generation will betray our children and grandchildren,” said Guterres, a former Portuguese prime minister, who has made climate a signature issue since taking over as U.N. secretary-general in early 2017.

Guterres welcomed moves by the European Union to adopt a new “European Green Deal” to transition to a low-carbon economy. Details of the policy were being unveiled in Brussels on Wednesday to coincide with the U.N. climate summit.

“It is always essential that someone starts,” Guterres said. “If Europe will do so, that I think will be a very important contribution for others to consider the same kind of commitment. If no-one starts, then there is no chance.”