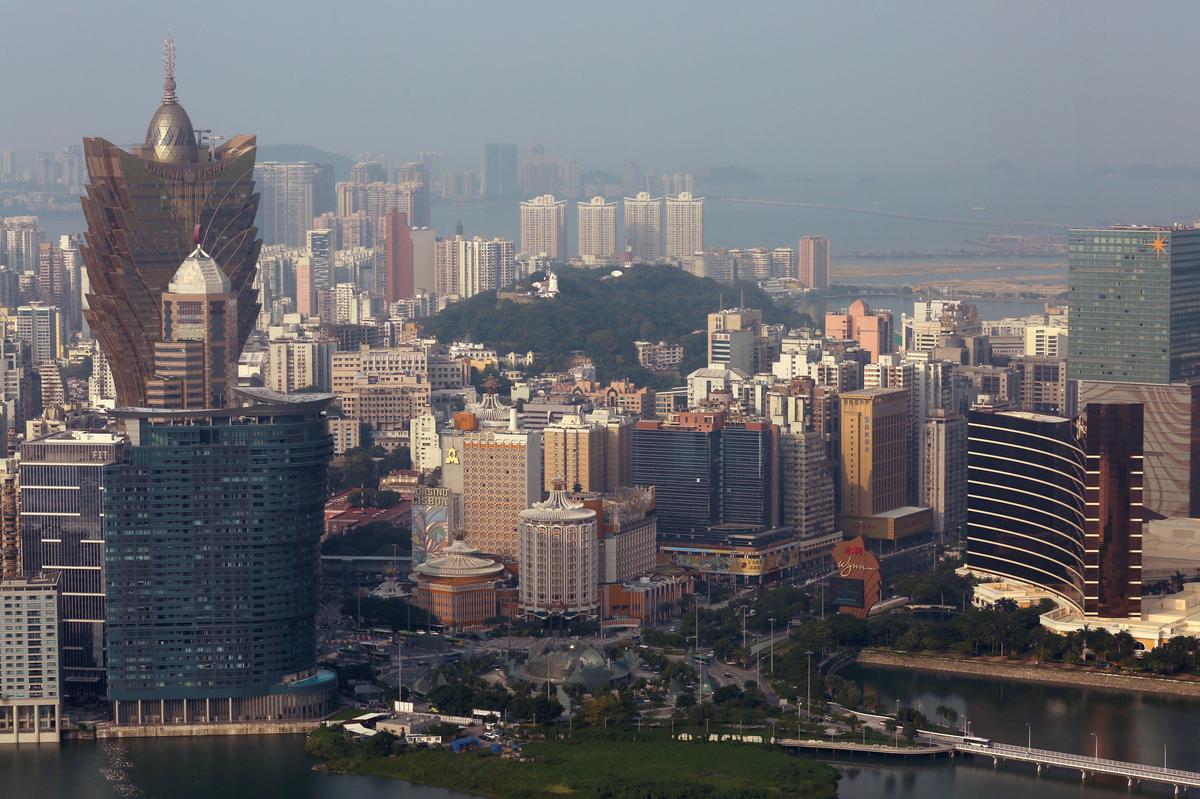 MACAU/HONG KONG (Reuters) – Chinese President Xi Jinping will visit Macau next week to announce a raft of new policies aimed at diversifying the city’s casino-dependent economy into a financial center, according to over a dozen interviews with officials and corporate executives.

The move is seen by officials and executives in Macau as a reward for having avoided the anti-government protests that have gripped nearby Hong Kong over the past six months.

The policies include the establishment of a yuan-denominated stock exchange and the acceleration of a renminbi settlement center already in the works, as well as the allocation of land for Macau to develop in neighboring mainland China, they said.

While there has been speculation about the proposals in recent months, the fact they have been officially approved has not previously been reported.

“The financial industry used to be an idea that we reserved for Hong Kong,” said one Chinese official who requested anonymity. “We used to give all the favorable policies to Hong Kong. But now we want to diversify it.”

Xi’s trip to mark the 20th anniversary of Macau’s return to China comes as the central government has praised the city for upholding the “one country, two systems” framework that governs both Hong Kong and Macau.

In contrast, China has condemned anti-government protests in Hong Kong and accused demonstrators in the financial center of undermining national stability.

China’s Hong Kong and Macau Affairs Office did not respond to requests for comment.

Beijing has instructed state-owned banks and enterprises to help set up infrastructure in Macau to aid financial diversification, four sources familiar with the matter told Reuters.

Two officials who helped develop the Shanghai stock exchange moved to the territory this year to help establish its yuan-based stock exchange, one of the sources said.

Chinese officials, and bankers in Hong Kong, say the push to develop financial infrastructure in Macau is part of a plan to avoid any major market disruption in Hong Kong that could impact Chinese businesses.

The idea is not for Macau to replace or undermine Hong Kong but for China to have a contingency plan in case the situation in Hong Kong worsens, they said.

“Xi Jinping has made very clear that he wants a diversified Macau economy,” said another Chinese official who declined to be identified. The future focus will be on tourism and finance, to make it a center to host international meetings like Singapore.”

Macau’s new exchange will initially be focused on bond trading to encourage local and Chinese companies to issue debt in the city, according to a Chinese official familiar with the matter.

The exchange will also focus on start-ups and target companies from Portuguese-speaking countries, ensuring it does not directly compete with bourses in Hong Kong or in the southern Chinese city of Shenzhen, according to six Macau executives and Chinese officials. Macau was a Portuguese colony until it was handed to China in 1999.

Xi is expected to announce policies to further integrate Macau with mainland cities in the Greater Bay Area, the region around the Pearl River Delta that also includes Hong Kong, according to Chinese officials and Macau executives.

As part of that effort, Macau will be allocated more land on the mainland island of Hengqin to develop in areas such as education and healthcare, they said.

Macau’s casino operators, which have been hit by slowing economic growth, the Sino-U.S. trade war and a weakening Chinese yuan, are also looking at development opportunities in Hengqin, casino executives said.

The economic slowdown in China has added to pressure on Macau to diversify its economy from the casino industry, which accounts for more than 80% of government revenues.

“We plan to work with the Macau government to launch programs that encourage next-generation entrepreneurs to start businesses in Hengqin,” said Lawrence Ho, chief executive of Melco Resorts, which runs three casino resorts in Macau.

Sands China, another casino operator, said it was looking at setting up a training academy in Hengqin.

Beijing has previously allocated Macau portions of land on the former oyster farming island, which lies just across the water from its casinos, including land for Macau University’s campus which opened in 2013.

While the new initiatives were not explicitly linked to toeing the official line, Chinese officials have repeatedly praised Macau for setting an example in maintaining national security and adhering to the central government’s requirements.

“This is the candy that Hong Kong did not want,” said Larry So, a political commentator and retired Macau university professor. “It is a gift for Macau, for Macau being a good boy.”

In recent weeks, Xi has said at several gatherings of senior government officials that it is crucial to find ways to implement the “Macau model” in Hong Kong, two people familiar with the discussions said, on condition of anonymity.

“President Xi Jinping spoke highly of the practice of one country, two systems with Macau characteristics. This is an encouragement and a spur,” Macau’s chief executive, Fernando Chui, said at a meeting with Chinese officials in Beijing on Dec. 3, according to an official transcript.

More than half of Macau’s population of 600,000 immigrated from China in recent decades, which has helped the territory foster a stronger affinity for the mainland than in Hong Kong, where most of the population was locally born.

Millions of dollars also have been ploughed into creating youth associations in Macau linked to the Chinese government. Many of Macau’s associations are traditional pro-establishment groups that dole out generous subsidies to residents.

“Macau will be an example of China’s reunification,” Ho Iat Seng, who is set to become Macau’s next chief executive on Dec. 20, told state broadcaster China Central Television last month.

The city was well placed to “better develop the one country, two systems principle”, he added.