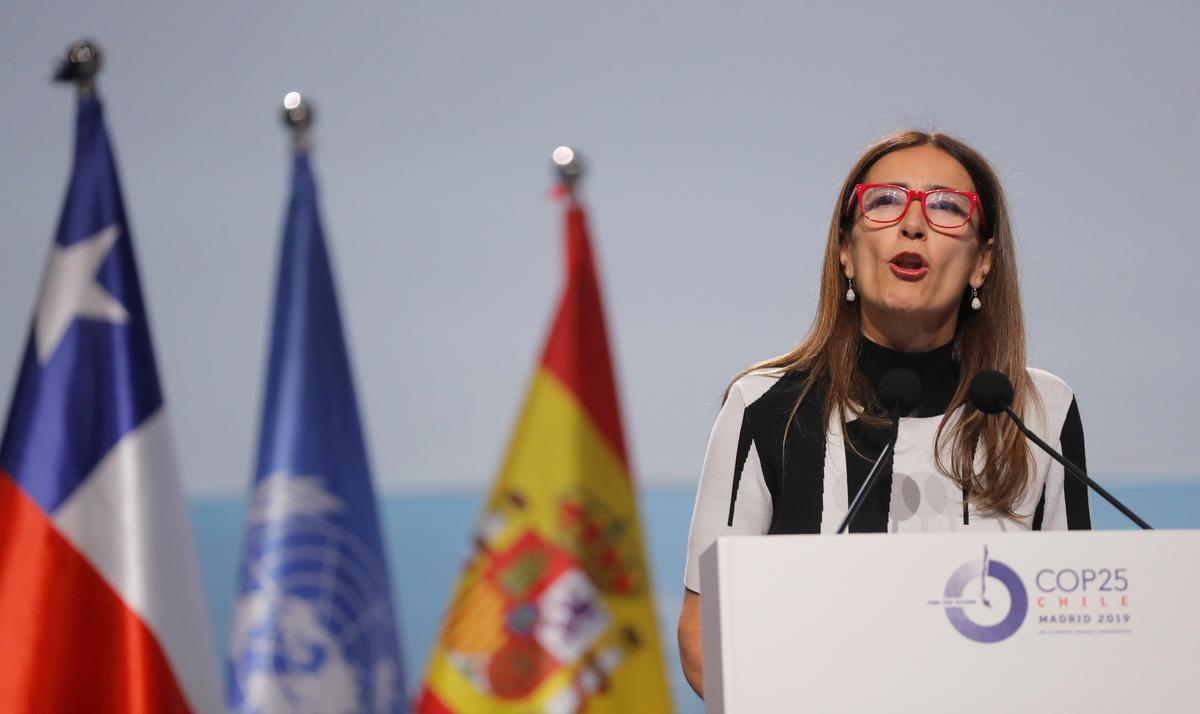 MADRID (Reuters) – Island nations at risk of being erased from the map by rising seas accused rich countries of losing sight of the urgency of the climate crisis on Thursday as a marathon U.N. summit in Madrid entered its final stretch.

The two-week negotiations are being watched for signs that governments are ready to honour the 2015 Paris Agreement to combat global warming by submitting more ambitious plans to cut greenhouse gas emissions next year.

But with the talks due to close on Friday, countries bearing the brunt of floods, droughts and hurricanes say that industrialised nations are refusing compromises needed to advance complex talks on financial aid and carbon trading.

Simon Stiell, environment minister of Grenada, part of the Alliance of Small Island States, a bloc of low-lying countries, said there was a disconnet between expressions of concern by many countries and their stances at the talks.

“Going into the final hours…we will ask each country – where is the ambition?,” Steill told a news conference.

“The spirit and the objectives of the Paris agreement are being eroded clause by clause, discussion by discussion.”

The Paris accord aims to avoid the most catastrophic scenarios foreseen by climate scientists by limiting the rise in average global temperatues caused by burning fossil fuels.

With huge political and economic interests at stake for the more than 190 coutries committed to the Paris accord, fraught last-minute bargaining is a regular feature of annual negotiations aimed at strengthening the agreement.

Nevertheless, delegates say the gap between the acute anxiety felt by a growing climate protest movement spurred on by increasingly erratic weather disasters, and the pace of the negotiations, has rarely loomed larger.

Hoping the summit will send a strong signal on climate action, Carolina Schmidt, Chile’s environment minister and president of the talks, had earlier warned governments there could be no justification for failing to compromise.

“There cannot be any excuses for not reaching agreement,” Schmidt told delegates. “I call on you to work together to be able to give a positive response tomorrow.”

The event was moved to Spain after protests in Chile.

Island states want to make sure any new rules on carbon trading do not contain loophoes that would allow countries such as Australia to count old credits from previous schemes towards their current emissions targets.

They also want a new fund to be set up to support countries who have incurred financial losses or physical damage as a result of climate change.

“We need clear and predictable finance that we can access to really compensate for the loss and damage that so many of our sister nations are feeling,” said Fijian Economy Minister Aiyaz Sayed Khaiyum.

The United States, which is in a drawn-out process of leaving the Paris accord,and other high-emitting countries are wary of opening the door to compensation claims, diplomats say.

“You can see the two visions clearly: those who want to move faster and those who want to hide behind what has been insufficient so far, to avoid making progress,” Spanish Environment Minister Teresa Ribera told reporters.